"One Year Ago": the Prelate's Trip to the United States

The production company Beta Films has produced the 24-minute documentary One Year Ago about the pastoral visit by Monsignor Fernando Ocáriz to the U.S. in 2019. 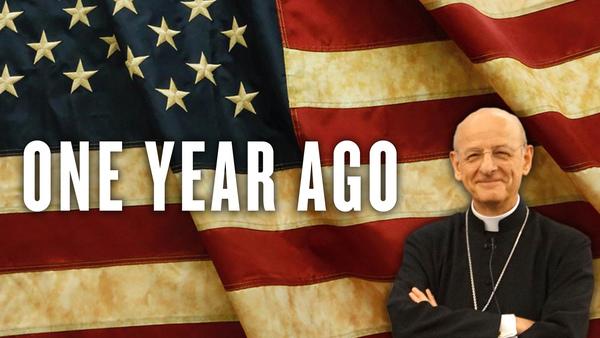 During the months of July and August 2019, Monsignor Fernando Ocáriz made a pastoral trip to the United States, during which he visited the cities of New York, Chicago, Houston and Los Angeles.


A 24-minute documentary is now available from Beta Films about this trip. Entitled One Year Ago, it presents an overview of the Prelate of Opus Dei’s activities and interventions during those days .

The video contains unseen footage and new interviews with people who took part in these meetings, as well as scenes from Monsignor Ocáriz’s visits to several apostolic undertakings started by faithful and cooperators of Opus Dei from those cities.

Photos from the Prelate's visit to the U.S.


The importance of true friendship, the value of suffering and prayer, the centrality of Jesus Christ and love for the Pope are some of the key topics that come up in the documentary.

The video is available for viewing through Beta Films at this link .