The Minerva publishing firm (1943-1946) was the first cultural initiative begun by faithful of Opus Dei. It was launched with great enthusiasm, under the direct encouragement of Saint Josemaría. The historical researcher Mercedes Montero recounts the origin and evolution of this project. 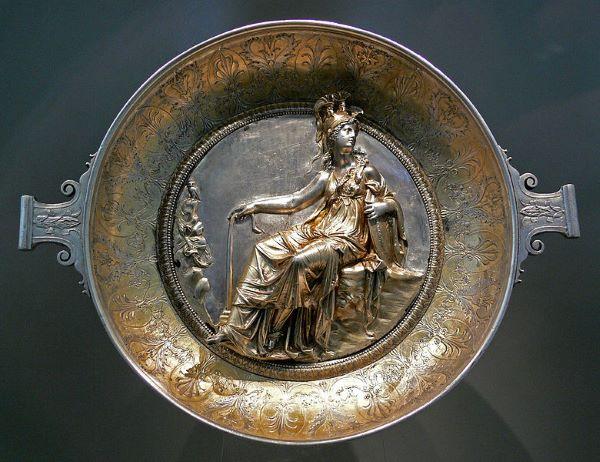 Roman relief image of Minerva, goddess of the arts and of defensive warfare, 1st century BC. Wiki Commons.

The history of individuals and institutions is made up of lights and shadows, joys and sorrows, things that go well... and things that don’t. But with the perspective of the years, and more from a Christian perspective, those apparent failures don’t always have the last word.

The Minerva publishing firm began operating in 1943, under the direct encouragement of Saint Josemaría. But in a very short time it had to close down.

However, the effort was not in vain, since the experience gained from this first attempt at publishing books led over time to beginning Rialp, and eventually Scepter publishers and so many other initiatives that faithful of Opus Dei have started all over the world.

The historian Mercedes Montero has written an extensive article about the effort to begin Minerva in Studia et Documenta. Below she shared some of her findings with us.

What did the Minerva project involve?

It was an initiative launched by women of Opus Dei between 1943 and 1946. The founder had always been very interested in having good books of spirituality and on other topics that would help raise people’s sights to more noble ideals.

This hope had to wait until the Spanish Civil War ended to become a reality. The person Saint Josemaria saw as best suited to begin a publishing house of this type was María Natividad Jiménez Salas, a somewhat older woman with a degree in Philosophy and Letters, who worked at the Council for Higher Scientific Research and was never herself in Opus Dei. She was helped by two women of Opus Dei, Encarnación Ortega and Guadalupe Ortiz de Landázuri. Others helped out, but they were the people in charge.

Why do you think the founder of Opus Dei saw this goal as so important?

At that time of course there was no internet or television, and radio was a very recent invention. Hence educated people read a lot. Many publishers were operating in Spain before the war, some quite well established but many others that were small firms.

This sector of business, like all the others, was left devastated by the Civil War. However, it is striking how many publishers were born in Spain in the 1940s, many of them quite small and the work of a single editor. The truth is that a lot of books were being published. For example, one famous publisher from that time was Gredos, which was born around the same time as Minerva and became a great publishing house. Plaza y Janés was also founded around this time.

One question. You say that this project was started by the women of Opus Dei. But the publisher appeared officially as Alvaro del Portillo. Why was that?

I think it may be due to several reasons, but I haven’t found a clear answer in the existing documentation. In the first place, because this publishing firm was closely linked to Opus Dei, to the founder, and was seen as a way to help further evangelization. And some men also participated in it in some way. The founder himself was very enthused about this project, so it makes sense that Alvaro del Portillo , who was his closest co-worker, would appear as the editor.

Then, of course, women at that time couldn’t do anything on their own. It is easy for us to forget this, but after the Civil War the Franco regime treated women as minors. They couldn’t do anything without the permission of their father or husband. They went directly from obeying their father to obeying their husband. A woman, for example, couldn’t own shares in a company unless her husband allowed her to, even if the shares were held from before her marriage, because they had been given to her by her family, or came from the family business. When a woman separated from her husband, she went back to the home of her parents and the children always stayed with the father. This was the Civil Code of the 19th century, which the whole country returned to under Franco. So it’s quite likely that none of the women involved in Minerva would have been allowed to be the editor.

Besides, at that time there were very few women in Opus Dei. María Jiménez had very good will and she was also a very capable person, but she was not in Opus Dei. That’s why I think the solution of making Don Alvaro the editor was the most appropriate.

Let’s go back a bit to the beginning of the project, in 1943. What type of content and approach was envisioned by the promotors of Minerva?

The first was called Neblí and was to publish Spanish spiritual classics from the Golden Age. Neblí’s first book was a spiritual classic Victoria del Amor. The second collection was meant to be books by women and for women, because it was a collection of books written only by women, who were taking their first steps in literature during those years. For example, the author Josefina de la Maza. Hence it was meant to be a great opportunity for women to become authors.

And then they planned to publish important books by women that had perhaps been hidden in history. Or not so hidden, but that had never been given the same importance as those by men. For example, translations were planned for works by Madame Savigny and the Baroness of Orczy, who is the author of The Scarlet Pimpernel. Then also people who had been Nobel laureates, or who were nominated for the Nobel Prize: Concha Espina, Gabriela Mistral and an Italian named Ada Negri, who has just now finally been published. I saw her first book the other day. Also Matilde Cerrao, another important Italian naturalist writer… And also María de Zayas, a writer who was denounced to the Inquisition in the 18th century and disappeared completely from sight. So there were a lot of very interesting Spanish and foreign women whose books could be published. It was also aimed exclusively at women, because it was the sector that was, let us say, the most culturally unprotected group in every way, both the upper classes and the lower classes.

However, even though the Minerva project had many noble ambitions, in reality it only lasted for three years. Why do you think that happened?

They did have a great project, but what they didn’t have was a sense of reality. The women of Opus Dei didn’t know anything about publishing. María Jiménez Salas worked at the Higher Council for Scientific Research, and the books she had helped produce there, I imagine, were research works that depended on the government.

Publishing companies at that time were short-lived. For example, Lara started as a small publishing house that soon went bankrupt but later was restarted and today is the powerful publishing firm Planeta.

Publishing houses went bankrupt frequently because people were eager to make books available, but they lacked financial and commercial expertise. They had no idea what the costs involved in publishing were. Spain was in the postwar period. Printers were few and expensive, and often not very good and lacking in materials. Good paper was impossible to come by. It was very expensive because there was a World War going on and you couldn’t get paper in the Scandinavian countries, only in Canada, so everything was manufactured domestically. But Spain was totally devastated by their own recent war and the paper that was produced was not presentable. I have seen many books published in the 1940s and the paper is extremely bad, even when produced by a prestigious publisher, such as the Library of Christian Authors.

The women involved in Minerva didn’t take this into account. The first book they put out, Victoria del Amor (which was actually by Father Osuna, part of his Third Spiritual Alphabet) cost a lot to produce and was a disaster sales-wise, although it received good reviews. That was why the founder of Opus Dei gave them his book The Way, which was already in its third edition. The Way was a big success. The second edition had been published by the Luz publishing house, which was a very important publisher at the time, and it had sold out in a year. They wanted to bring out another edition but Saint Josemaría gave it to the women at Minerva, who prepared the third edition (the fourth edition of The Way was published by Rialp).

The Way produced by Minerva was a beautiful book because although these women worked completely manually, they worked very well. And I think (this is my own view, since there’s nothing written about it) that the founder saw this as a way to help them to recover from Victoria del Amor.

The third book that Minerva published was another work by Saint Josemaría, the first edition of Holy Rosary. It was an edition that cost blood because it required both text and drawing, and it had to be done by hand, cutting and pasting, and then including the drawings, until they matched the text in a balanced way. This took Guadalupe and María Jiménez a long time. They spent months and months, and sometimes the founder had to add more things, more text. But in the end the book came out very well and the edition was beautiful.

It had good paper (although not so good, it seems to me, as Victoria del Amor), but a bone-colored, very elegant paper, which was very difficult to come by at the time. And Luis Borobio’s drawings were pious, simple and at the same time very original, because all the border designs around the edges of each page were beautifully drawn and printed in both green and red ink. At the end of each mystery a Christian symbol appeared: a nail, a fish... and printed in two colors. This book was Minerva’s last book, and also sold well.

But the women were already bringing Opus Dei to other places in Spain. For example, they traveled a lot to cities where they knew women who intended to join the Work or had heard about it. In 1944, the ordination of the first three Opus Dei priests, who were all engineers, received a lot of attention in the press. Also the death of Isidoro Zorzano and the opening of his process of beatification was widely reported on.

Both events helped many more people to get to know Opus Dei, and young women in a number of places began connecting with the Work. In unusual places, since the men came in contact where there was a university, but the women came from everywhere. And the women of Opus Dei began to travel by train to all these places to meet those who were interested.

And since they were still only a few, and had to travel a lot, they could no longer dedicate so much time to Minerva. Also Minerva still hadn’t recovered from the Victoria del Amor mistakes and María Jiménez Salas began dedicating more and more time to her work at the Higher Council for Scientific Research. So Minerva had to be handed off to someone else, specifically to Florentino Pérez-Embid, who with a second person began the Rialp publishing firm.

Today, more than 70 years later, Rialp continues producing many high-quality books, in part thanks to the experience gained at Minerva. As Saint Josemaría used to say, “You haven’t failed, you have gained experience” (The Way, 404).