Full Professor of Social and Political Philosophy at the University of Asia and the Pacific. 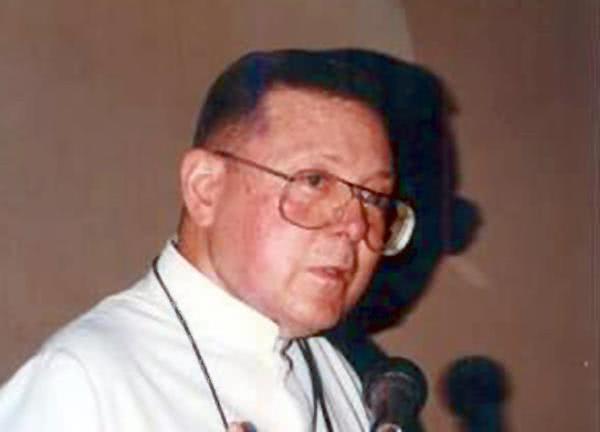 In 1955 he was ordained priest of the Prelature of Opus Dei and he spent the next thirteen years teaching and doing pastoral work in Ireland and England. In 1968, he came to the Philippines, continuing his educational and pastoral work. Beginning 1970, he taught social ethics, social economics, and modern philosophy at the Center for Research and Communication (Manila) and gave lectures on “Theology for Lay People” to large audiences of students and professionals.

He was a member of many professional and educational associations in the United States, England and Canada in the fields of Philosophy, Social Ethics, Education, Church and Politics. He published more than twenty books and hundreds of essays on Christian spirituality, the human person and common good, the sacredness of human life, family, history of philosophy and the social doctrine of the Church, among many others. His book “Christian Philosophy” has been widely used as reference text in universities both here and abroad.

In the last ten years he suffered debilitating musculo-skeletal problems, which caused chronic pain and limited his mobility. Moreover he was progressively losing his eyesight due to macular degeneration. He continued his pastoral work from home (lately even from his sickbed), hearing confessions, giving classes to reduced groups, and talking to people. He would contact his relatives in Venezuela and Spain to give them words of comfort and encouragement during the recent political and economic crises in those countries. He concelebrated daily Mass until struck by pneumonia last March 2018. Throughout the many years of discomfort, he offered his illness for the Pope, the Prelate of Opus Dei, and the apostolate of Opus Dei in the region.