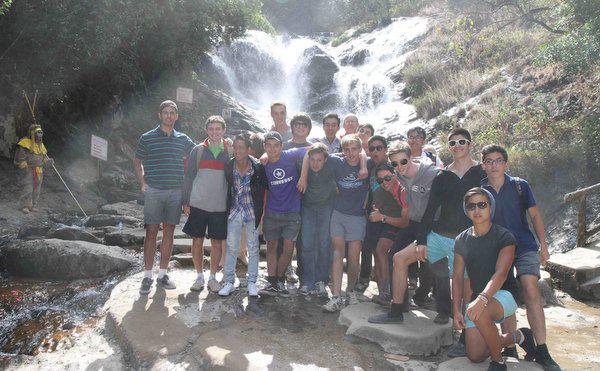 I was very surprised by the vibrancy of the Catholic faith in the country; it continues to grow and now numbers over 8 million people. While travelling by bus to Saigon on a Sunday afternoon, we passed special traffic controllers who dealt with the congestion generated by all the people going to and from numerous churches.

On every street we saw houses with a statue of the Blessed Virgin on the top balcony, adapting the Buddhist culture's tradition of placing a statue of Guan Yin, the goddess of mercy, at the apex of a house. In other homes families build small shrines to the Holy Family. And at 4:30 am church bells ring out all across Saigon. The faith of the Vietnamese is truly palpable.

In the hot and humid village of My Son, we worked closely with Fr. Joseph, an energetic parish priest who among his countless duties looks after extensive housing repairs for poorer residents. The harsh conditions of the Mekong quickly weather away poorer quality wood used in the more humble houses. Indeed, one house we repaired had partially collapsed! Using money the boys had raised throughout the year, we purchased timber and corrugated aluminium to build new exteriors for five houses, which should last many decades longer than the original flimsy timber walls. 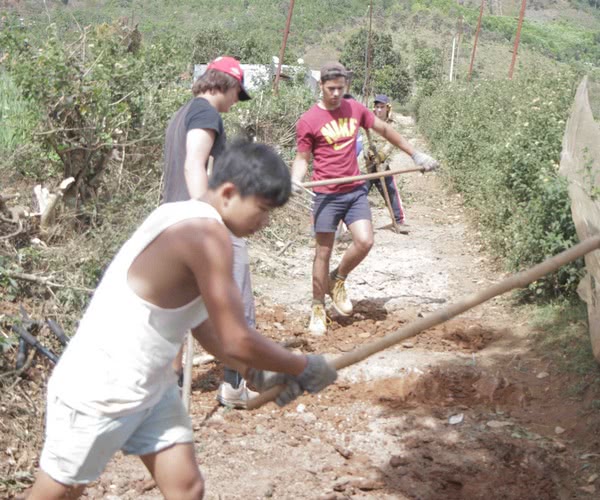 For the last two days of the camp we headed back to Saigon. Preparations for the Tet Festival (the Vietnamese Lunar New Year celebration) were in full swing. We saw many amazing floats and floral displays being prepared in the main streets, though unfortunately we had to leave before the big day itself.