Bring the light of Christ to thousands of souls

Homily of Msgr. Carlos Estrada, Regional Vicar of Opus Dei in the Philippines, at the Solemn Mass celebrated on June 26, 2021, feast of St. Josemaria 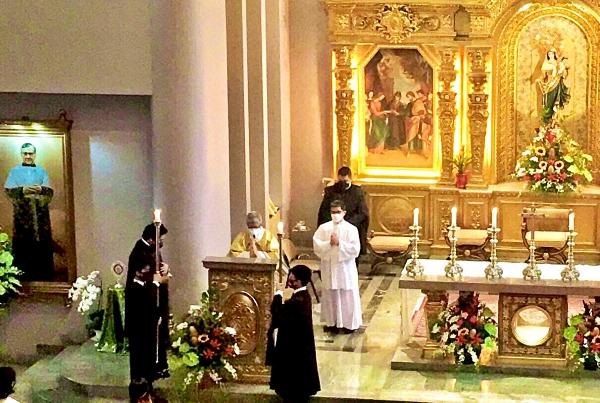 The Gospel of the Mass narrates the miraculous catch of fish. Peter and his companions “were completely overcome by the catch they had made.” Never in their lifetime had they caught so much fish, to the point that their boats were filled to sinking point. Jesus performs this miracle to call Peter, James, and John to a great mission. They would not continue to catch fish. “From now on,” Our Lord tells them, “it is men you will catch.” They have received abundant grace from Jesus, reflected in the bountiful catch they had made, to catch souls for God.

We are celebrating 500 years of Christianity in the Philippines. 500 years ago, missionaries, carrying out the very same mission Jesus entrusted to Peter, James, John and the other apostles, caught us for God. We thank God for the faith that we have received. We are grateful that, with His help, we have preserved that faith. We wish to transmit this faith to so many others since we have been “gifted to give”. Like the apostles, we are called to the same mission to evangelize.

St. Josemaría often spoke about this treasure of faith we Filipinos received and he emphasized the responsibility that rests on our shoulders. In a gathering on May 18, 1964 with some faithful of the Prelature of Opus Dei in Rome, among whom was Dr. Bernardo Villegas, then about to return to the Philippines after finishing his doctorate studies in the United States, St. Josemaría affirmed:

What a wonderful country the Philippines is! You form the vanguard of Jesus Christ in the Orient. Your land will be the channel that brings the light of Christ to thousands of souls. You are a chosen people. I say this not to be friendly, but because it is the truth, and a beautiful one at that.

St. Josemaría was not one to use words lightly. Calling us “a chosen people” was a clear reminder that it was only in the Philippines that the Catholic faith took root and spread. Despite the sacrifice of several missionaries who tried to evangelize other Asian countries, the faith did not take root as it has done in the Philippines.

We have indeed been gifted. We are tasked to bring the light of Christ to thousands of souls. We are truly the vanguard of Jesus Christ in the Orient 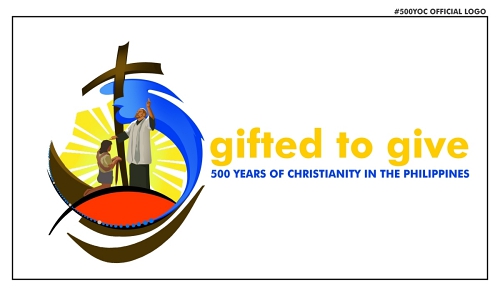 After the visit of St. John Paul II to the Philippines in 1981, the third year of his papacy, Blessed Alvaro del Portillo, then Prelate of Opus Dei, after an audience with the Pope, narrated to another group of faithful of the Prelature in Rome the impressions that trip made on the Holy Father:

[Pope John Paul II] said things about the Philippines that St. Josemaría stated many times. You are the vanguard of the Church in Asia. The faith of those people is a miracle. However, the faith has been given to them not for themselves alone, but for all of Asia. The Pope has entrusted to them the mission of evangelizing the entire Continent. St. Josemaría entrusted his Filipino children with the same task and I have likewise reminded them about it several times. People are waiting for you in China, Malaysia, Indonesia, Korea… Later on, in time, also in those martyr countries, Vietnam, Cambodia… There were so many Catholics there! Now, they would have swept everything away, but we will begin again. God wants to count on us. He needs our self-giving and our prayer.

Gifted to give. In one of his pastoral letters, the Prelate of Opus Dei, Msgr. Fernando Ocáriz reflected on the challenges of evangelization in our present time. He asked, “What are the priorities that our Lord is presenting to us at this historical moment of the world, the Church and the Work? The answer is clear: in the first place, to care for our union with God with the refinement of people in love, beginning with the contemplation of Jesus Christ, the face of the Father’s Mercy. The program described by St Josemaría is always valid: May you seek Christ, may you find Christ, may you love Christ.

To be authentic evangelizers, we have to live the life of Christ. We have to be other Christs in this world. With our example and with our word, the faith will take root in many souls, with the aid of God’s grace. However, being Christ is not an abstract idea that is lived in a comfortable existence. We have been gifted with opportunities in life, maybe even material possessions, exciting possibilities, not for ourselves, but in order to give.

In this year dedicated to St. Joseph, the example of the father of Jesus stands out. In the apostolic letter of Pope Francis, Patris Corde, Pope Francis reflected:

“Joseph found happiness not in mere self-sacrifice but in self-gift… Every true vocation is born of the gift of oneself, which is the fruit of mature sacrifice. The priesthood and consecrated life likewise require this kind of maturity. Whatever our vocation, whether to marriage, celibacy or virginity, our gift of self will not come to fulfilment if it stops at sacrifice; were that the case, instead of becoming a sign of the beauty and joy of love, the gift of self would risk being an expression of unhappiness, sadness and frustration.” 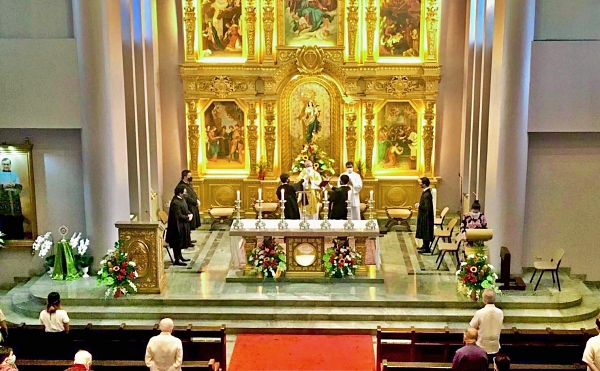 Amidst the pandemic, to be Christ may mean taking care of persons who have contracted COVID-19, and running the risk of getting infected ourselves. To be a gift to others may entail going out of our way to help persons who have lost their jobs or are experiencing serious financial difficulties due to the lockdowns. We may be called to be Jesus who consoles those who have lost loved ones due to illness. Perhaps God asks us to transcend petty arguments and discussions that distract us from noticing others who are suffering and coming to their aid.

Our Lord encouraged Peter, James and John when he called them to be fishers of men, “Do not be afraid.” Jesus accompanies us along our way. Why should we be afraid to reach out to others? There are times when self-gift requires heroic effort.

Let us ask St. Josemaría to teach us how to be a gift to others. Before St. Josemaría saw what God wanted of him and in the years immediately after discovering God’s will for him, he took care of many poor and sick people in Madrid. He obtained his strength from them and from the grace of God.

We turn to the Blessed Virgin Mary:

Dear Mama Mary, look upon us, the pueblo amante de Maria. Make us true evangelizers. May we give ourselves to the mission of bringing Jesus Christ to others, in the same way as you gave yourself to the mission God wanted of you.