A Song of Praise and Love: the "Trium Puerorum"

The Trium Puerorum is a hymn of praise to God that the Church recommends praying after Holy Mass. The whole of nature is invited to join in this song, which was first sung by three young Jewish men in the Old Testament. 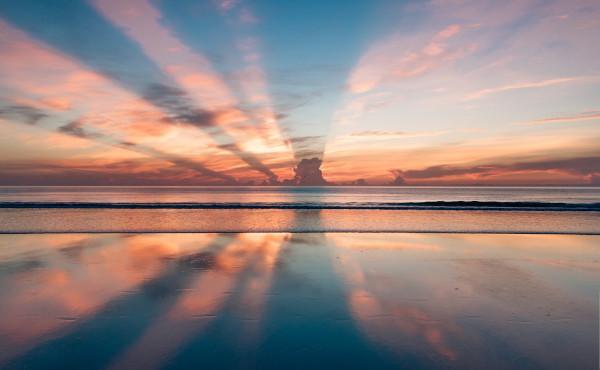 King Nebuchadnezzar had a golden statue built, twenty-seven metres high (cf. Dan 3). All his subjects, from various peoples and nations, gathered around it and began to worship it. The punishment for those who refused was clear: Whoever does not bow down and worship will immediately be thrown into the fiery furnace. It was a good opportunity to denounce the Jews, so some Chaldeans decided to approach Nebuchadnezzar: Long live the king for ever! ... There are some Jews whom you put in the administration of Babylon (Ananias, Azarias and Missael), and these men do not obey the royal decree; neither do they serve your gods, nor worship the golden statue which you have set up.

The king was enraged and sent for these three young men. Is it true that you do not serve my gods or worship the golden statue I have erected? ... If you do not worship it, you will immediately be thrown into the burning furnace, and then which god will be the one to deliver you from my hands? The three young men answered as one, without hesitating: If our God is there ... he can deliver us ... And if he is not, let it be known to you, your majesty, that we neither serve your gods nor worship the golden statue you have erected.

Nebuchadnezzar’s reaction was not long in coming. He ordered the furnace to burn at seven times its normal heat, and that Ananias, Azarias and Missael be thrown into it. The fire was so intense that it even burned some of the king’s entourage. However, it did not harm any of the young men, for an angel of the Lord had come down with them and smothered the flame. Then the three of them, with one voice, began to praise, glorify and bless God ... Blessed are you, O Lord, God of our fathers, worthy to be praised and exalted forever.

From the catacombs to the missal

This passage from the book of Daniel was taken as an example in the 2nd century BC by those Hebrews who, under the rule of Antiochus IV Epiphanes, preferred death to being unfaithful to the Covenant. We Christians, in the deliverance of the three young men, see a proclamation of the Paschal mystery of Jesus, the “martyr” par excellence and the first to experience the renewal of the universe brought about by his Resurrection. This story was held in high esteem during the first centuries of Christianity, and was therefore often depicted artistically in catacombs, tombs and reliquaries. But what undoubtedly brought it into greater prominence was its introduction into the great Easter Vigil and other liturgical events in both Eastern and Western Christianity. And from the 8th century onwards its popularity was so great that its verses can be found in various national languages.

The presence of the hymn of the three young men or canticle of the Benedicite in the Ordo Missae dates back to the 9th century, but it was not until the Roman Missal of 1570 that it was officially added to the concluding rites of the Mass. Until then, sources speak of a variety of ways of praying a series of prayers which, over time, came to be known as the Trium puerorum. This consisted of the canticle of the Benedicite from the book of Daniel, plus a series of psalms, verses and prayers. Some sources state that this set of prayers was sung by all those who took part in the procession to the sacristy; others, however, refer to the celebrant, at the moment of putting on his priestly vestments. But what we do know for certain is that in the Missal of the early 20th century it appeared as the last prayer to be said by the priest at the end of the Eucharistic celebration. The Canon Missae ended with the priest descending from the altar and saying the Trium puerorum as a thanksgiving.[1] This was the case until 1962, when it was excluded from the ordinary of the Mass and placed among the prayers recommended pro opportunitate. In recent editions of the Roman Missal, it does not appear in the list of prayers of thanksgiving after Mass. It is not surprising, therefore, that the relationship between thanksgiving after Mass and this canticle is less clear today.

Novelty of a custom

Knowing that it was already present in the Missal at the beginning of the twentieth century, we can contextualise the annotation made by Saint Josemaría in 1932: “It would be beautiful to end the thanksgiving after Mass each day with the antiphon Trium puerorum, the two psalms and the following prayers (five minutes), which the breviary places in the thanksgiving post Missam.”[2] However, it was not until eight years later that we find the first reference to the practice of this custom, when the author of the diary of Diego de Leon writes: “The Father celebrates in the oratory; after Mass he says that from now on it will be the custom in the Work to end the thanksgiving after Communion with the prayer In Ego and the hymn of the three young men.”[3]

As on other occasions, this custom of the Work took shape with experience and over time. It is not surprising, therefore, that in 1947 Saint Josemaría returned to the question of how best to live the thanksgiving after Mass. In a letter to the General Council, who were still in Madrid, he asked them to consider “if it’s not too much time (I don’t think it is), after the ten minutes of personal thanksgiving at the end of Holy Mass, praying in thanksgiving together and liturgically the Antiphon and the canticle of the three young men, Psalm 150, etc. and the three short prayers, with a single conclusion. Then the concluding aspiration, and that’s it. It has five years of indulgences each time, and a plenary indulgence per month. If this goes well, have them do it in each of the centres.”[4] Over time, the practice became established and from 1950 on it was included in the timetable of the centres of the Work.

It should be said that this prayer was not unique to the Work, but, as we have already seen, it was present in the ordinary of the Mass at that time. Moreover, it is worth remembering that the Canticle in Daniel chapter 3 was – and still is – found in the Lauds of the Liturgy of the Hours, especially on Sundays. The novelty introduced by Saint Josemaría was to extend the prayer to the laity, thus encouraging their active participation in the liturgy. On the other hand, this custom helps us to live the thanksgiving after Mass with the whole Church, while recalling what our ultimate goal is: to give glory to our Triune God.

With the whole Church

Saint Josemaría thus distinguished two moments in the thanksgiving after Mass for the centres of the Work. The first is the silent dialogue of each one with God the Father, Son and Holy Spirit: “If we love Christ, who offers himself for us, we will feel compelled to find a few minutes after Mass for an intimate personal thanksgiving, which will prolong in the silence of our hearts that other thanksgiving which is the Eucharist.”[5]

The second moment is intended to highlight the ecclesial dimension of thanksgiving, which is not reduced to only an individual experience of intimacy with Jesus. God’s gift in the Eucharist is so great that no single creature can show sufficient gratitude for it. This prayer enables us to thank him together for coming to us. So when we pray the Trium puerorum, we are not only thanking Jesus for our Communion, but also for the Communion of those around us. It is as if we were saying to him: “We thank you for having come to each one of us, for having made yourself present for us, for all Christians.”

It was precisely so that our voices can more easily join in the song of praise and love with which the whole Church lives each Eucharistic encounter that Saint Josemaría wanted the Trium puerorum to be recited. Dedicating part of the time of thanksgiving to this hymn helps us, therefore, to grow in communion with all Christians through the Eucharist. In the Eucharist the Church “is continually reborn and renewed as the communion which Christ brought into the world, thus fulfilling the eternal plan of the Father (cf. Eph 1:3-10). In a special way, in the Eucharist and through the Eucharist, the Church contains within herself the seed of the definitive union in Christ of everything that exists in heaven and on earth, as Paul said (cf. Eph 1:10): a truly universal and eternal communion.”[6]

A “laboratory” of praise

The Trium puerorum is a constant invitation to bless and praise God. It reminds us that the innermost vocation of all creatures is to give glory to our Triune God. Communion is inseparable from the desire, shown in deeds, to praise him, to acknowledge his greatness and omnipotence.

The Mass, especially the Eucharistic prayer, is a great prayer of thanksgiving, which begins with a hymn of praise – the Holy, holy, holy – and ends with a solemn glorification of God the Father through Him, with Him and in Him. The Trium puerorum continues that prayer. We can think of it as a “laboratory” in which we learn to transform our relationships with the universe and with each other into a song of praise to the Trinity. Thus praying the Trium puerorum before we begin our daily chores reminds us of the attitude we should adopt each day: “Give ‘all’ the glory to God. Squeeze out with your will, helped by grace, each of your actions, so that nothing remains in them that smacks of human pride, of the complacency of your ‘I’.”[7]

In this “laboratory,” all spiritual and material creatures join together; all the elements of the universe and of the people of Israel are brought together as one, beginning with the most material. The climax of this crescendo is occupied by the “humble of heart” (Dan 3:87), among whom are Ananias, Azarias and Missael. So that we may all join them in fulfilling the original plan of creation – let everything that has life praise the Lord (Ps 150:6) – the Church concludes the Trium puerorum with a petition consisting of the Our Father, some verses from the psalms and three prayers. In them are echoed the same wishes expressed above, but this time converted into an intense supplication that we, who also find ourselves in the midst of the fire of interior and external trials, may experience the relief of divine help and so turn our entire day into a Magnificat to divine mercy.