Pope Francis encouraged the 15,000 pilgrims in Rome for the beatification of Alvaro del Portillo to go to the new Blessed's intercession for help "to respond generously to God’s call to holiness and apostolate in ordinary life, in the service of the Church and all mankind."

Pope Francis addressed them specifically, saying: “I greet Bishop Javier Echevarría, Prelate of Opus Dei, along with the faithful of the Prelature present here to give thanks to God for the beatification of Alvaro del Portillo. I hope that his intercession and example will help you to respond generously to God’s call to holiness and apostolate in ordinary life, in the service of the Church and all mankind. Thank you very much and may God bless you.” 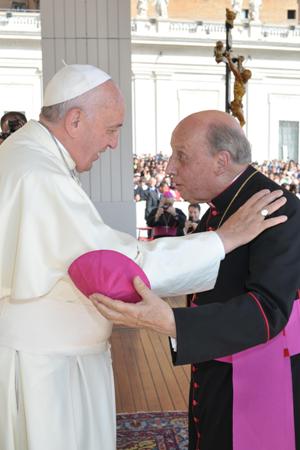 “In this moment of deep joy,” Bishop Javier Echevarría said, “I want to thank Pope Francis for the beatification of this bishop who so greatly loved and served the Church. Let us entrust to Blessed Alvaro the intentions of the Holy Father: the apostolic renewal and service to God on the part of all Christians, concern and care for those most in need, the upcoming Synod on the family, the holiness of all priests.” 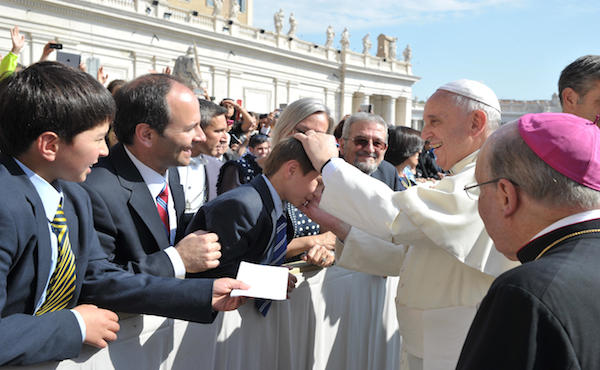 José Ignacio, the young Chilean who was miraculously cured thanks to the intercession of Blessed Alvaro, was greeted by the Holy Father at the conclusion of the audience. “The Pope asked me to pray for him,” he said. His mother, Susana Wilson, said: “We gave the Pope the petitions we had placed on Blessed Alvaro’s relic; it was a moment of great joy and gratitude.” And she added: “We told him that we are praying a lot for him in

Her husband, Javier Ureta, added: “We asked the Pope to give us his blessing for the 15 years of our marriage and he told us we were an example of the truth that “marriage is forever.”

The Holy Father helps us to be better 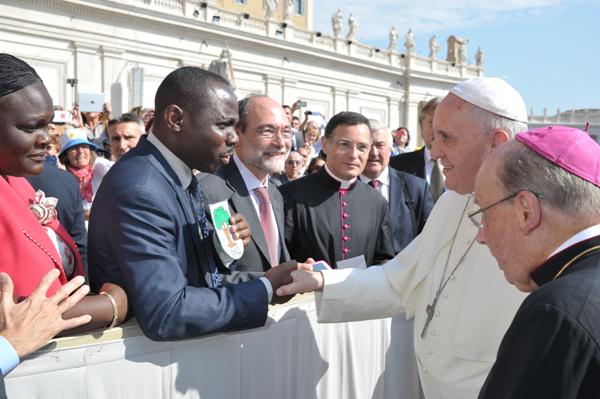 Alphonse Mosolo, a doctor from the

Mara Celani, spokesperson for the events in