A Portrait of Ordinary Life

In a review of “Emma” written in 1816, Walter Scott, the novelist, says the characters and incidents are neither grand nor elegant but drawn from ordinary life, “…finished up to nature, and with a precision which delights the reader.” So was the life of Blessed Guadalupe Ortiz de Landazuri, ordinary yet heroic and a delight to this reader. Article By Tayo Fagbule On May 17, 2019 in BusinessDay. 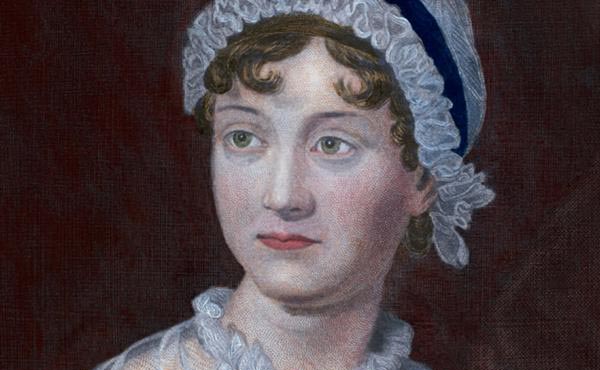 Nothing much happens in “Emma”, the greatest novel of Jane Austen, the 19th century novelist. That’s because the story, about a headstrong girl bored with life in the village, is “…A fiction of ordinary life” says William Deresiewicz, an American author, in his memoir “A Jane Austen Education: How six novels taught me about love, friendship and the things that really matter”.

William Deresiewicz says his encounter with Jane Austen during his postgraduate studies transformed him. Each chapter of his memoir dwells on how her six novels changed him and helped him become an adult.

Initially, he was put off with the novel. Nothing extraordinary happened. It was boring, ordinary with hardly any plot. Until he saw that the heroine’s cruelty mirrored his. It was then he also realised that Austen’s deliberate use of everyday things as the backdrop of the novel. It was her way of making a point: everyday matters.

Austen’s novels aren’t the dramatic sort, he explains. Rather, they are about the small everyday things we don’t pay attention to: what spouses, children, parents, colleagues, siblings, friends, neighbours say and do. How they feel. Life is woven from these things. Listening to what people have to say, however trivial, is among “those little matters on which the daily happiness of private life depends” says Deresiewicz. When we pay attention to such details, as Austen does through her characters, we notice our life as it passes before it passes.

Reading “Emma” made Deresiewicz realise that, “Every life is heroic in its own way”, that ordinary life can be good, grand and glorious.

My re-reading of the first chapter of his memoir made me appreciate the life of Guadalupe Ortiz de Landazuri, a Spanish chemist. Tomorrow at a ceremony in Madrid, she will be declared a Blessed by the Catholic Church in recognition for living the virtues to a heroic degree. This is one stage away from Canonisation i.e. sainthood whereby the Catholic Church officially recognises that a person has lived a holy life, is in heaven and thus an example and intercessor for others.

Born in 1916, Guadalupe’s life was heroic in its own way. What stood out the most throughout the 59 years she spent on earth was her strong and courageous character. She studied for a degree in chemistry when it wasn’t the norm for women to attend university (she was one of five women in a class of 70). Her father, a soldier, was sentenced and shot to death for taking part in the military revolt that led to the Spanish Civil War in July 1936.

In March 1944, she discovered her vocation as a member of Opus Dei, an institution of the Catholic Church that promotes finding and loving God in the circumstances of ordinary life. A task she dedicated her life to from that moment. First in Spain, then in Mexico and later in Italy, she collaborated with St Josemaria Escriva, the founder of Opus Dei, to set up several projects. Wherever she found herself and whatever the challenges Guadalupe initiated the projects entrusted to her with fortitude and an absolute trust in divine providence.

Whether it was running university residences for girls on a tight budget in Spain during the Second World War, travelling distances along dangerous routes to train young Mexican girls or transforming a rundown estate in Mexico into a centre for spiritual and cultural development or assisting in the governance of Opus Dei in Rome, she took them on with faith, charm, enthusiasm and grit. Cheerful and quick to serve, Guadalupe was gifted with a boundless capacity for friendship and forgiveness. She was good listener.

Meanwhile these varied projects in different countries didn’t deter her from pursuing her doctorate degree which she obtained in 1965 and won an award. Though a heart illness and a major operation in 1957 constrained her from being as available as she was in the past her dedication and desire to serve didn’t wane. She lectured for several years before dying on 16 July 1975.

Like the heroines of Jane Austen novels, Guadalupe lived an uneventful life. Or so it seems. She lived amid historic events – two wars and religious persecution in Mexico. Jane Austen, who also lived during interesting times, chose to focus on ordinary people. The language of her novels was ordinary, devoid of pyrotechnics. Her novels defied convention and expectation. Few, initially, appreciated this genius of recognising that lives like hers were eventful, that the stories she put in her novels were the daily things that filled her heart. Art, after all, imitates art.

In a review of “Emma” written in 1816, Walter Scott, the novelist, says the characters and incidents are neither grand nor elegant but drawn from ordinary life, “…finished up to nature, and with a precision which delights the reader.” So was the life of Guadalupe, ordinary yet heroic and a delight to this reader.