"The Way of the Cross" in Vietnamese

The 3rd book by Saint Josemaria translated into Vietnamese, it was published in Ho Chi Minh City just in time for Holy Week 2015.

The Way of Cross is now available in Vietnamese under the title “Đường Thánh Giá." The 3rd book by Saint Josemaria Escriva officially translated into Vietnamese, it was published in just in time for Holy Week 2015.*

The other books of Saint Josemaria Escriva that have been published in Vietnamese are The Way (“Con Đường") and The Holy Rosary (“Tràng Hạt Mân Côi"). The first edition of The Way in Vietnamese was published last July and has already sold out. Another 2,000 copies have now been printed.

The Way of the Cross was first published in 1980 (as Via Crucis in the original Spanish), five years after the Founder of Opus Dei's death. In the ensuing years it has been translated into more than 20 languages with over 400,000 copies sold. 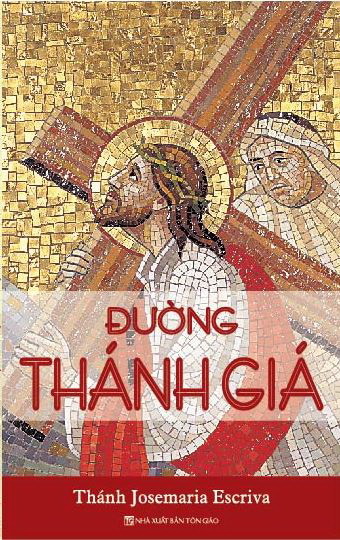 In the foreword to the first edition, Blessed Alvaro del Portillo wrote: “'Enter into the wounds of Christ Crucified' (The Way, 288). When Monsignor Josemaria Escriva de Balaguer proposed this way, to those who asked him for advice on how to deepen their interior life, he was doing no more than pass on his own experience, pointing out the short cut he had been using throughout his life, and which led him to the highest peaks of spiritual life. His love for Jesus was always something real, tangible and strong; it was tender, filial and very moving . . . The Way of the Cross is not a sad devotion. Msgr. Escriva taught many times that Christian joy has its roots in the shape of a cross. If the Passion of Christ is a way of pain, it is also a path of hope leading to certain victory."

The Way of the Cross seeks to help the reader to pray, meditate and live the paschal mystery in a more vivid and personal way: not only to “read" but to “live" those Gospel passages, to be present there as “someone taking part in those scenes" (9th Station, Point for Meditation 3).