Commentary on the Gospel: “You give them something to eat”

Gospel for the Solemnity of the Most Holy Body and Blood of Christ (Cycle C), and commentary. 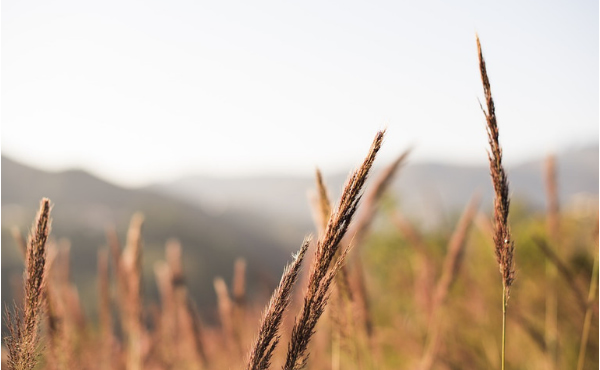 Jesus spoke to the crowds of the kingdom of God, and cured those who had need of healing. Now the day began to wear away; and the twelve came and said to him,

“Send the crowd away, to go into the villages and country round about, to lodge and get provisions; for we are here in a lonely place.”

But he said to them, “You give them something to eat.”

They said, “We have no more than five loaves and two fish—unless we are to go and buy food for all these people.” For there were about five thousand men.

And he said to his disciples, “Make them sit down in companies, about fifty each.”

And they did so, and made them all sit down. And taking the five loaves and the two fish he looked up to heaven, and blessed and broke them, and gave them to the disciples to set before the crowd. And all ate and were satisfied. And they took up what was left over, twelve baskets of broken pieces.

The Gospels often show us Jesus’ immense love for those around him. He welomed everyone, patiently preaching the Kingdom of God and curing the sick placed before him. In the miracle of the multiplication of the loaves and fish, Jesus is also concerned about their material needs. As Pope Francis said: “His compassion is not a vague sentiment; instead he shows all the strength of his will to be close to us and to save us. Jesus loves us so much and wants to be close to us. As evening falls, Jesus is concerned about feeding all those tired and hungry people, and looks after those who follow him.”[1]

The miracle of the multiplication of food for the crowd, which all the evangelists chose to record, was a prelude to the outpouring of Jesus’ love in the Eucharist. The entire scene is imbued with Eucharistic significance. For one thing, Jesus fed the multitude in a lonely place. With this act of kindness, he recalled and renewed God’s providential love shown by feeding the people of Israel in the desert with the mysterious manna that came down from heaven each day (cf. Ex 16:1ff.), and that foreshadowed the true bread from heaven of the Eucharist (cf. Jn 6:30ff.).

In addition, what Jesus does with the loaves is quite significant: “he looked up to heaven, and blessed and broke them, and gave them to the disciples to set before the crowd” (v. 16). By doing so, Jesus recalled the actions of the head of the family in the homes of Israel and prefigured his own actions in instituting the Eucharist at the Last Supper (cf. 1 Cor 11:23-26; Mk 14:12-26; Mt 26:17-20 and Lk 22:7-39). The Risen Lord will do the same, when breaking bread at the table with the disciples from Emmaus (cf. Lk 24:30). And priests will repeat the same actions in every Mass.

Jesus’ love shown that evening in multiplying food for the people thus extends throughout space and time. Saint Therese of the Child Jesus said something surprising in this regard: “He does not come down from Heaven each day in order to remain in a golden ciborium, but to find another Heaven—the Heaven of our soul, created in His image, and the living Temple of the adorable Trinity.”[2]

By the miracle of the multiplication, nearly five thousand people were satisfied and still a lot was left over: “twelve baskets of broken pieces.” This fact, certainly foreseen by Jesus, besides reflecting the Master’s care for little things, also symbolized the great abundance of the Messianic times foretold by the prophets (cf. Is 25:6; Ps 78:19-20), and anticipated Jesus’ superabundant love for mankind, fulfilled in the sacrifice of the Cross and perpetuated in the Eucharist.

Finally, Jesus wanted to let the disciples share in his loving service to the multitude. Therefore when they try to send the people away, Jesus tells them: “You give them something to eat.” Pope Francis said: “the Lord makes us walk on his road, that of service, of sharing, of giving; and if it is shared, the little we have, the little we are, becomes riches; for the power of God—which is the power of love—comes down into our poverty to transform it. So let us ask ourselves this evening, in adoring Christ who is really present in the Eucharist: do I let myself be transformed by him? Do I let the Lord, who gives himself to me, guide me to going out ever more from my little enclosure, in order to give, to share, to love him and others?”[3]