Commentary on the Gospel: The Ten Lepers

Gospel for the 28th Sunday in Ordinary Time (Cycle C), and commentary. 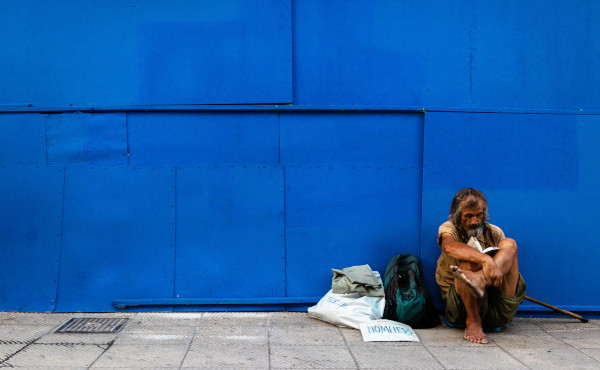 On the way to Jerusalem Jesus was passing along between Samaria and Galilee. And as he entered a village, he was met by ten lepers, who stood at a distance and lifted up their voices and said, “Jesus, Master, have mercy on us.”

When he saw them he said to them, “Go and show yourselves to the priests.”

And as they went they were cleansed. Then one of them, when he saw that he was healed, turned back, praising God with a loud voice; and he fell on his face at Jesus’ feet, giving him thanks. Now he was a Samaritan.

Then said Jesus, “Were not ten cleansed? Where are the nine? Was no one found to return and give praise to God except this foreigner?” And he said to him, “Rise and go your way; your faith has made you well.”

In Jesus’ times, the dreadful and contagious disease of leprosy afflicted many people, like the ten lepers in this Sunday’s Gospel passage. To prevent contagion, the Old Testament stipulated severe measures: “The leper who has the disease shall wear torn clothes and let the hair of his head hang loose, and he shall cover his upper lip and cry, ‘Unclean, unclean.’ He shall remain unclean as long as he has the disease. He is unclean; he shall dwell alone in a habitation outside the camp” (Lev 13:45-46). The priests were the only ones with the authority to declare publicly that someone was a leper, or to declare that a person had been cured and could return to society.

Luke tells us that ten lepers were living on the outskirts of a village. One of them was a Samaritan, since their shared suffering had dissolved the habitual enmity between Jews and Samaritans. They had heard others speaking about Jesus, the teacher from Galilee who cured people. They may even have entertained the hope of one day meeting up with him. When they see him passing by and recognize him, they cry out loudly from afar for him to have mercy on them. “They stand at a distance,” says a Father of the Church, “as though ashamed of the uncleanness that lay upon them. They feared that Christ too would reject them, as all the others had. So they stood far off, but they approached him through their cries. ‘The Lord is near to all who call upon him, to all who call upon him in truth’ (Ps 145:18).[1]

From the ten lepers’ petition we can learn to beseech God with trust, convinced that He can do all things, and that we don’t need to wait until we feel we are worthy, to ask for and receive what we need. Saint Josemaria wrote: “You see yourself so wretched that you acknowledge you are unworthy to be heard by God. But, what about the merits of Mary? And the wounds of your Lord? And... are you not a son of God? Besides, he listens to you quoniam bonus..., quoniam in saeculum misericordia eius: because he is good, because his mercy endures for ever.”[2] Even though Jesus knows everything about us, our persevering petition filled with faith moves him to give us what we ask for. As Saint Augustine said, our Lord truly “has a greater desire to give then we do to receive, and he has a greater desire to show us mercy than we do to see ourselves freed of our wretchedness.”[3]

Jesus doesn’t touch the lepers, nor lay his hands on them. He simply tells them to trust that they will be cured and to show themselves to those with the authority to declare them clean of their sickness. And on the way, all were cured. Certainly they would all have been filled with immense joy when the priests publicly verified their cure. But only the Samaritan remembered to show gratitude to his benefactor, Jesus, and “he fell on his face at Jesus’ feet, giving him thanks.”

The Samaritan’s attitude and Jesus’ reproach for the nine ungrateful ones teaches us another very important lesson: our thanksgiving gives glory to God and prepares us to receive greater gifts. Hence we should foster in our heart, along with trusting petition for what we need, gratitude for all that we have received, even without asking for it. Saint John Chrysostom said: “he gives us many gifts, and most of them we aren’t even aware of.”[4] If we are grateful to God and praise him for everything, we draw down on ourselves and on others the blessings of Heaven. Saint Augustine wrote: “Our thoughts in this present life should turn often to the praise of God, because it is in praising God that we shall rejoice forever in the life to come; and no one can be ready for the next life unless he trains himself for it now in this life.”[5]