Commentary on the Gospel: The Faithful and Wise Steward

Gospel for the 19th Sunday in Ordinary Time (Cycle C), and commentary. 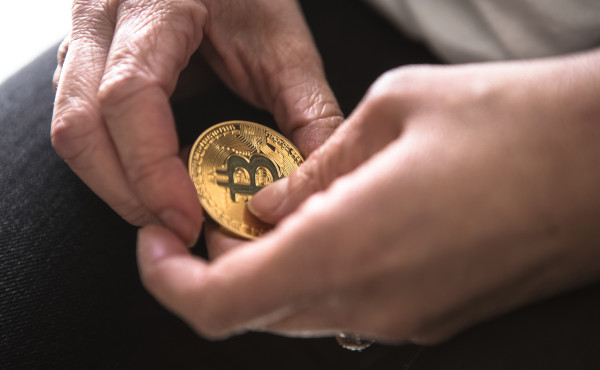 “Fear not, little flock, for it is your Father’s good pleasure to give you the kingdom. Sell your possessions, and give alms; provide yourselves with purses that do not grow old, with a treasure in the heavens that does not fail, where no thief approaches and no moth destroys. For where your treasure is, there will your heart be also.

“Let your loins be girded and your lamps burning, and be like men who are waiting for their master to come home from the marriage feast, so that they may open to him at once when he comes and knocks. Blessed are those servants whom the master finds awake when he comes; truly, I say to you, he will gird himself and have them sit at table, and he will come and serve them. If he comes in the second watch, or in the third, and finds them so, blessed are those servants! But know this, that if the householder had known at what hour the thief was coming, he would have been awake and would not have left his house to be broken into. You also must be ready; for the Son of man is coming at an hour you do not expect.”

Peter said, “Lord, are you telling this parable for us or for all?”

And the Lord said, “Who then is the faithful and wise steward, whom his master will set over his household, to give them their portion of food at the proper time? Blessed is that servant whom his master when he comes will find so doing. Truly, I tell you, he will set him over all his possessions. But if that servant says to himself, ‘My master is delayed in coming,’ and begins to beat the menservants and the maidservants, and to eat and drink and get drunk, the master of that servant will come on a day when he does not expect him and at an hour he does not know, and will punish him, and put him with the unfaithful. And that servant who knew his master’s will, but did not make ready or act according to his will, shall receive a severe beating. But he who did not know, and did what deserved a beating, shall receive a light beating. Every one to whom much is given, of him will much be required; and of him to whom men commit much they will demand the more.”

Jesus wants to teach his disciples how to care for the people of God entrusted to them. He makes use of parables and metaphors to show the type of life that should characterize pastors in the Church.

First, since their heart has to be filled with great ideals, he calls them to be temperate and detached from riches. God is a loving Father who will care for them and their needs, so they have no need to store up riches for themselves. Jesus invites them to a life of love shown in concern for others.

He raises their sights to the values that need to guide their lives, with the realization that they will have to give an account of their actions before God. The two parables in this Sunday’s Gospel are a loving call to be vigilant. Making use of examples taken from daily life, our Lord calls them to be awake and watchful.

Benedict XVI said: “This vigilance means, on the one hand, that man does not lock himself into the here and now and concern himself only with tangible things, but that he raises his eyes above the present moment and its immediate urgency. Keeping one’s gaze freely fixed upon God in order to receive from him the criterion of right action and the capacity for it—that is what matters. Vigilance means first of all openness to the good, to the truth, to God, in the midst of an often meaningless world and in the midst of the power of evil. It means that man tries with all his strength and with great sobriety to do what is right; it means that he lives, not according to his own wishes, but according to the signpost of faith.”[1]

Jesus explains this with his parables of the vigilant servants (Lk 12:35-40) and the faithful and wise steward (Lk 12:42-48). Both the word “servant” (doulos, in Greek) and “steward” (oikonomos), are terms used by the early Church for those who need to look after their brothers and sisters in the faith with special care. Thus Saint Paul introduces himself as “Paul, a servant of Jesus Christ, called to be an apostle” (Rom 1:1). He wants the faithful to see the apostles “as servants of Christ and stewards of the mysteries of God” (1 Cor 4:1). And as Jesus makes clear in his parable, “it is required of stewards that they be found trustworthy” (1 Cor 4:2).

Among the duties of a faithful steward, Jesus highlights that of distributing the “portion of food at the proper time” (v. 42). Quite likely, this is not only a question of bodily nourishment, but a veiled reference to the Eucharist. The principal task of the apostles’ successors and their co-workers in the priesthood is without doubt to make available to the Christian people nourishment for their souls.

The glorious coming of Christ to judge the living and the dead shouldn’t be viewed with fear by those who have been faithful servants, since the Master “will gird himself and have them sit at table, and he will come and serve them” (v. 37). This should give us, Benedict XVI says, “the certainty of hope that God will wipe away every tear, that nothing meaningless will remain, that every injustice will be remedied and justice restored. The triumph of love will be the last word in human history.”[2]

[1] Joseph Ratzinger-Benedict XVI, Jesus of Nazareth. From the Entrance into Jerusalem to the Resurrection, Ignatius Press 2011, pp. 287-288.