Topic 13: I Believe in the Communion of Saints and the Forgiveness of Sins

The Church is a communion of saints—the community of all men and women who have received the grace of regeneration from the Spirit, making them children of God and brothers and sisters of Jesus Christ. 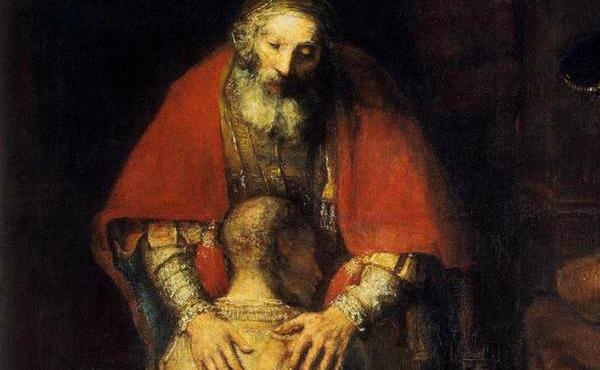 The Church is communio sanctorum , a communion of saints—the community of all those who have received the grace of regeneration from the Spirit, uniting them to Christ and making them children of God; that is why they are called “saints.“ This communion includes not only the members of the Church now on earth, but also those being purified in Purgatory (whom we can help with our prayers); and finally those who already enjoy the vision of God in Heaven and who help us by their intercession. The communion of saints also refers to the fact that all of Christ's faithful share in the holy gifts received from God: the faith, the sacraments, with the Eucharist as their center, the charisms, and other spiritual gifts, especially charity (cf. Compendium, 195, 194).

Through the communion of saints, the merits of Christ and of all the saints help us carry out the mission our Lord himself has entrusted to us. The saints in Heaven show their great concern for the pilgrim Church by the assistance they render her; they spur us on by their intercession before the throne of God and eagerly await the full communion of saints that will become a reality with Christ's second coming, the final judgment and the resurrection of the body. The fidelity of each of the baptized is very important for the accomplishment of the Church's mission, for the conversion of many souls and for their sanctification. [1]

The communion of saints is organically structured on earth because Christ and the Spirit founded the Church as the sacrament of salvation, that is, a sign and instrument through which God offers us salvation. In her earthly journey, the Church is also externally structured through the communion among the particular Churches; each formed in the image of the universal Church and presided over by its own bishop. In these particular Churches, a special communion exists among the faithful, with their patrons, founders and principal saints. An analogous communion exists within other ecclesial communities.

We are also in a communion of prayers and other spiritual benefits with Christians who do not belong to the Catholic Church, since they are in some real way joined to us in the Holy Spirit. [2]

1.1 The Church is a communion and a society. The faithful: hierarchy, laity and consecrated life.

The Church on earth is simultaneously a communion and a society, structured by the Holy Spirit through the Word of God, the sacraments and the charisms. The Church's structure, therefore, cannot be separated from her communal dimension, nor was it created to provide laws and government for the Church after the first period of “charismatic" fervor had come to an end. The very sacraments that “make" the Church also structure her so that she might be on earth the universal sacrament of salvation. Specifically, by the sacraments of Baptism, Confirmation and Holy Orders, the faithful share, each in their own way, in Christ's priestly mission, and therefore, in his priesthood. [3]

The Holy Spirit's action in the sacraments and charisms has brought about the three main groups we see in the Church: the laity, sacred ministers (who have received the sacrament of Holy Orders and form the hierarchy of the Church), and the religious (cf. Compendium, 178). All of them share in common the condition of being Christian faithful, that is, those who, “incorporated in Christ through Baptism, have been constituted as the people of God; for this reason, since they have become sharers in Christ's priestly, prophetic and royal office in their own manner, they are called to exercise the mission which God has entrusted to the Church. There exists a true equality among them in their dignity as children of God" (Compendium, 177).

Christ instituted the ecclesiastical hierarchy with the mission of making him present among the faithful by the celebration of the sacraments and the preaching of the word of God, carried out with the authority and mandate received from him. The members of the hierarchy also receive the task of governing the People of God (cf. Mt 28:18-20). The hierarchy is made up of the sacred ministers: bishops, presbyters and deacons. The ministry of the Church has a collegial character as well as a personal one since the sacred ministers act in communion with one another as well as in a personal way to serve the communion of the faithful.

The bishops have received the task of teaching as authentic witnesses of the apostolic faith; of sanctifying by dispensing the grace of Christ in the ministry of the word and the sacraments, in particular the Eucharist; and of governing the People of God on earth (cf. Compendium, 184, 186 and ff.). Every bishop exercises his ministry as a member of the episcopal college (which succeeds the apostolic college), and in union with its head, the Pope; together with the other bishops, he shares with him in the care of the universal Church. Every bishop, moreover, has usually been entrusted with a particular Church, which he governs in the name of Christ and with the authority he has received, in communion with the entire Church and under the Holy Father (cf. Compendium, 187). The episcopal ministry also has a personal character, insofar as each bishop is responsible before Christ, who has called him personally and conferred on him his mission when receiving the fullness of the sacrament of Holy Orders (cf. Compendium, 181).

The Pope is the Bishop of Rome and Successor of Saint Peter; he is the perpetual and visible source and foundation of the Church's unity. He is the Vicar of Christ, the head of the College of bishops and pastor of the universal Church over which he has, by divine institution, full, supreme, immediate and universal power. The College of bishops, in communion with the Pope and never without him, also exercises supreme and full power over the Church.

Christ promised that his Church would always preserve the faith (cf. Mt 16:19), and he guarantees it with his presence, by the power of the Holy Spirit. This property (of always adhering to the faith in its fulness) is possessed by the Church in her totality, not by every member. The faithful as a whole should adhere indefectibly to the faith under the guidance of the living Magisterium of the Church, under the action of the Holy Spirit. This divine assistance has been given to the Magisterium precisely so it might faithfully and authentically teach the word of God. In certain specific cases, this assistance of the Spirit guarantees that the declarations of the Magisterium will contain no error. In such cases, it is commonly held that the Magisterium shares in the same infallibility that Christ promised his Church. “Infallibility is exercised when the Roman Pontiff, in virtue of his office as the Supreme Pastor of the Church, or the College of Bishops, in union with the Pope especially when joined together in an Ecumenical Council, proclaim by a definitive act a doctrine pertaining to faith or morals. Infallibility is also exercised when the Pope and Bishops in their ordinary Magisterium are in agreement in proposing a doctrine as definitive. Every one of the faithful must adhere to such teaching with the obedience of faith" ( Compendium, 185).

“The lay faithful have as their own vocation to seek the Kingdom of God by illuminating and ordering temporal affairs according to the plan of God. They carry out in this way their call to holiness and to the apostolate, a call given to all the baptized." [4] Since they share in the priesthood of Christ, lay people also participate in his sanctifying, prophetic and royal mission (cf. Compendium, 189-191; Christifideles Laici, 14). They share in the priestly mission of Christ when they offer as a spiritual sacrifice, especially in the Eucharist, their own life with all their works. They share in the prophetic mission when they welcome in faith Christ's teaching and proclaim it to the world by their words and the testimony of their life. They share in the kingly mission when they struggle to overcome sin in themselves and in the world through self-denial and holiness of life, and when they imbue temporal activities and the institutions of society with moral values. [5]

From the ranks of the lay faithful and the hierarchy come some persons who are consecrated to God in a special way by the profession of the evangelical counsels: chastity (in celibacy or virginity), poverty and obedience. They live in a permanent state of consecrated life recognized by the Church; and thereby participate in her mission through a complete dedication to Christ and to their brothers and sisters, bearing witness to the hope of the kingdom of heaven (cf. Compendium, 192-193).

2. I believe in the forgiveness of sins

Christ had power to forgive sins (cf. Mk 2:6-12). He passed it on to his disciples when he gave them the Holy Spirit, and conferred on them the “power of the keys," sending them to baptize and forgive sins: Receive the Holy Spirit. If you forgive the sins of any, they are forgiven; if you retain the sins of any, they are retained ( Jn 20:22-23). St Peter ends his first discourse after Pentecost by urging the Jews to do penance and be baptized every one of you in the name of Jesus Christ for the forgiveness of your sins; and you shall receive the gift of the Holy Spirit ( Acts 2:38). The Church, then, has two channels for the grace of forgiveness. “The first and chief sacrament for the forgiveness of sins is Baptism. For those sins committed after Baptism, Christ instituted the sacrament of Reconciliation or Penance through which a baptized person is reconciled with God and with the Church" ( Compendium, 200).

It is always through Christ's blood and the Spirit's action in and through the Church that sins are forgiven. There is no offense the Church cannot forgive since God can always pardon; and he is always willing to do so as long as we turn to him and asks for his forgiveness (cf. Catechism, 981-982). The Church is the instrument of holiness and sanctification; and strives to help each of us come ever closer to Christ. Christians in turn, by their words and holy deeds, can help others to convert and to come closer to Christ.

[1] “Many great things depend—don't forget it—on whether you and I live our lives as God wants" (St Josemaría, The Way, 755.

[5] “Our task as Christians is to proclaim this kingship of Christ, announcing it through what we say and do. Our Lord wants men and women of his own in all walks of life. Some he calls away from society, asking them to give up involvement in the world, so that they remind the rest of us by their example that God exists. To others he entrust the priestly ministry. But he wants the vast majority to stay right where they are, in all earthly occupations in which they work: the factory, the laboratory, the farm, the trades, the streets of the big cities and the trails of the mountains." St Josemaría, Christ is Passing By, 105.