“To live in my parents’ house was to experience constant joy”

The launch of the biography of Tomas and Paquita Alvira, ‘Our lives in His Hands: An Ordinary Couple’s Path to Holiness, took place at Strathmore University. The book is a recollection of the life and adventures of the couple who raised a large family and had joys and struggles that contemporary couples can identify with.

Present at the launch was their son, Prof. Rafael Alvira, who gave an account of their family life emphasizing that his parents were wonderfully normal. He said, ‘The most important gift we received from our parents was the profound love and respect they had for each other. To live in my parents’ house was to experience constant joy. My father often came home tired but he immediately forgot about his fatigue, paid attention to us, and had conversations with us.” Also present at the launch was their youngest daughter, Concha Alvira. When they came to Kenya to visit her in 1982, Tomas exclaimed, “How I would love to come and work here, if I were twenty years younger!”

Tomas was one of the young men who accompanied St. Josemaria Escriva on his escape to freedom through the Pyrenees during the Spanish Civil war. He joined Opus Dei in 1947, and Paquita Dominguez, in 1952. The approval process for their beatification by the Catholic Church is under way. 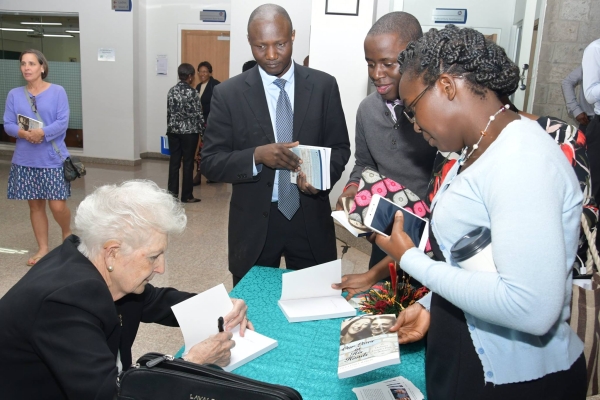 Olga Marlin, the author of the book, recounted the source of inspiration for writing the book: “The then Archbishop of Nairobi, Raphael Ndingi, when he learnt that there was a book on the couple in Spanish, insisted that it be translated and given to people, especially to mothers of families, so that they would realize Paquita was just like them. This book is my response to the Archbishop’s request.” Olga was in the first group of women that came to Kenya in 1960 to start the Work in Kenya and was a co-founder of Kianda Secretarial College.

The breakfast seminar that followed the book launch included a panel discussion with two married couples. This provided an opportunity to talk about the challenges families face and the great need for holiness in marriage in order to raise strong, stable families. One of the couples spoke about their experience of raising eight children and advised, “Raise your children knowing that you need to give them back to God. Every child has to make it to heaven.” 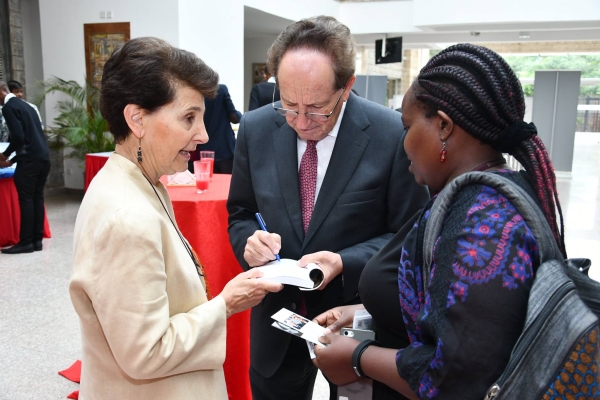 This article was written by Wambui Gachari.