Thomas Aquinas' Love for the Truth

For the feast of Saint Thomas Aquinas on 28 January, here are some paragraphs from Saint John Paul II's encyclical "Fides et Ratio" on Thomas Aquinas' great love for the truth. 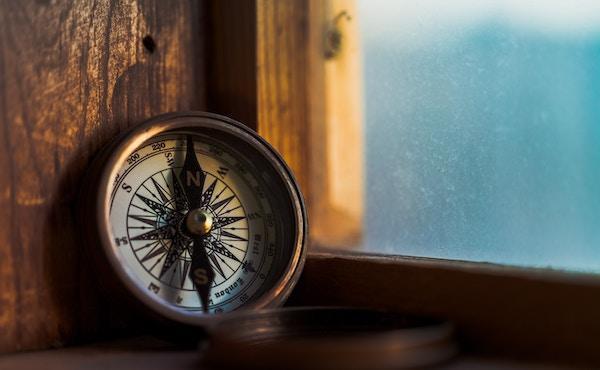 Faith and reason are like two wings on which the human spirit rises to the contemplation of truth; and God has placed in the human heart a desire to know the truth—in a word, to know himself—so that, by knowing and loving God, men and women may also come to the fullness of truth about themselves (cf. Ex 33:18; Ps 27:8-9; 63:2-3; Jn 14:8; 1 Jn 3:2).

The enduring originality of the thought of Saint Thomas Aquinas

43. A quite special place in this long development belongs to Saint Thomas, not only because of what he taught but also because of the dialogue which he undertook with the Arab and Jewish thought of his time. In an age when Christian thinkers were rediscovering the treasures of ancient philosophy, and more particularly of Aristotle, Thomas had the great merit of giving pride of place to the harmony which exists between faith and reason. Both the light of reason and the light of faith come from God, he argued; hence there can be no contradiction between them.

More radically, Thomas recognized that nature, philosophy's proper concern, could contribute to the understanding of divine Revelation. Faith therefore has no fear of reason, but seeks it out and has trust in it. Just as grace builds on nature and brings it to fulfilment, so faith builds upon and perfects reason. Illumined by faith, reason is set free from the fragility and limitations deriving from the disobedience of sin and finds the strength required to rise to the knowledge of the Triune God. Although he made much of the supernatural character of faith, the Angelic Doctor did not overlook the importance of its reasonableness; indeed he was able to plumb the depths and explain the meaning of this reasonableness. Faith is in a sense an “exercise of thought”; and human reason is neither annulled nor debased in assenting to the contents of faith, which are in any case attained by way of free and informed choice.

This is why the Church has been justified in consistently proposing Saint Thomas as a master of thought and a model of the right way to do theology. In this connection, I would recall what my Predecessor, the Servant of God Paul VI, wrote on the occasion of the seventh centenary of the death of the Angelic Doctor: “Without doubt, Thomas possessed supremely the courage of the truth, a freedom of spirit in confronting new problems, the intellectual honesty of those who allow Christianity to be contaminated neither by secular philosophy nor by a prejudiced rejection of it. He passed therefore into the history of Christian thought as a pioneer of the new path of philosophy and universal culture. The key point and almost the kernel of the solution which, with all the brilliance of his prophetic intuition, he gave to the new encounter of faith and reason was a reconciliation between the secularity of the world and the radicality of the Gospel, thus avoiding the unnatural tendency to negate the world and its values while at the same time keeping faith with the supreme and inexorable demands of the supernatural order.”

44. Another of the great insights of Saint Thomas was his perception of the role of the Holy Spirit in the process by which knowledge matures into wisdom. From the first pages of his Summa Theologiae, Aquinas was keen to show the primacy of the wisdom which is the gift of the Holy Spirit and which opens the way to a knowledge of divine realities. His theology allows us to understand what is distinctive of wisdom in its close link with faith and knowledge of the divine. This wisdom comes to know by way of connaturality; it presupposes faith and eventually formulates its right judgement on the basis of the truth of faith itself: “The wisdom named among the gifts of the Holy Spirit is distinct from the wisdom found among the intellectual virtues. This second wisdom is acquired through study, but the first 'comes from on high', as Saint James puts it. This also distinguishes it from faith, since faith accepts divine truth as it is. But the gift of wisdom enables judgement according to divine truth” (Summa Theologiae, II-II, 45, 1 ad 2).

Yet the priority accorded this wisdom does not lead the Angelic Doctor to overlook the presence of two other complementary forms of wisdom—philosophical wisdom, which is based upon the capacity of the intellect, for all its natural limitations, to explore reality, and theological wisdom, which is based upon Revelation and which explores the contents of faith, entering the very mystery of God.

Profoundly convinced that “whatever its source, truth is of the Holy Spirit” (omne verum a quocumque dicatur a Spiritu Sancto est) Saint Thomas was impartial in his love of truth. He sought truth wherever it might be found and gave consummate demonstration of its universality. In him, the Church's Magisterium has seen and recognized the passion for truth; and, precisely because it stays consistently within the horizon of universal, objective and transcendent truth, his thought scales “heights unthinkable to human intelligence.” Rightly, then, he may be called an “apostle of the truth.” Looking unreservedly to truth, the realism of Thomas could recognize the objectivity of truth and produce not merely a philosophy of “what seems to be” but a philosophy of “what is.”