African Memories of a Young Member of Opus Dei

August 19th 2017 was the 30th anniversary of that day back in 1987 when a young member of Opus Dei managed to save the life of a young camper – but lost his own in the process. The illustrative drawings are from the book Desde un Tren Africano (“From an African Train”) written by Miguel Aranguren who also authored the translated article below. 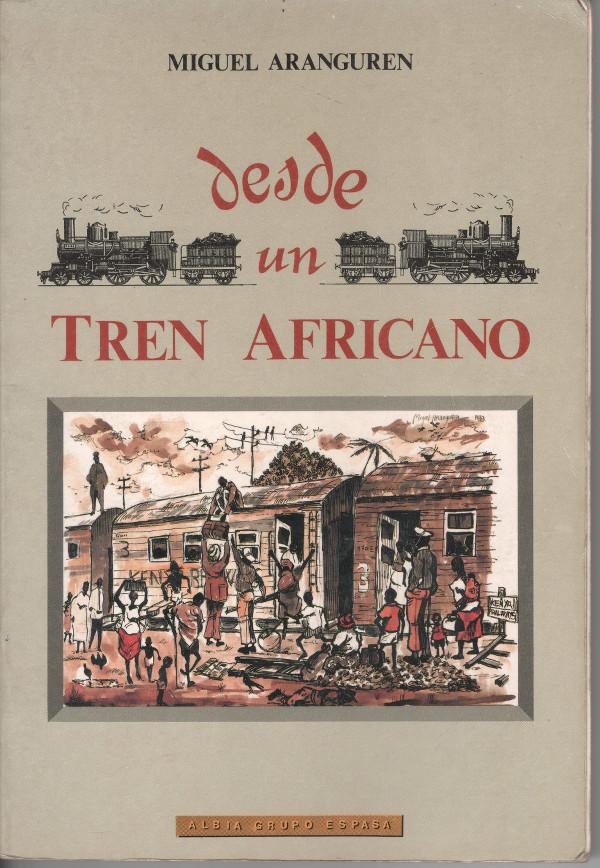 I was only an adolescent who had just celebrated his 17th birthday when the opportunity to take part in an international language course came up. It would be held in Strathmore College, in Nairobi, Kenya, the first interracial college in Africa promoted by faithful of Opus Dei. This stay allowed me to enter into this magic continent, and it changed my life! I wrote down in a diary many of the events of that trip and on my return to Spain those became a novel called “From an African train.” I had become a writer. 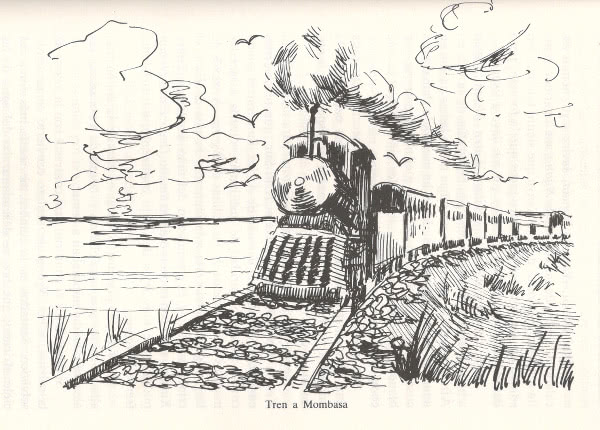 Kenya was the first country in Africa where members of Opus Dei went to start the apostolic work in 1958 when the country was still a British colony. They arrived in Mombasa by boat with an image of the Blessed Virgin Mary that Saint Josemaria had given to them. The ‘A’ Level College they managed to start two and a half years later was the result of faith in God and in Saint Josemaria. It admitted students from all over Kenya of every race, tribe and creed, as Saint Josemaria had wanted.

The book I mention above is a mixture of truth and fiction and includes the true story of Santiago Eguidazu, a Numerary member of Opus Dei, who celebrated his 32nd birthday the very day he arrived in Kenya. He was an economist by profession who left a well paid job in London to work in Kenya, to “spread the universal call to holiness” to the inhabitants of a far away country. 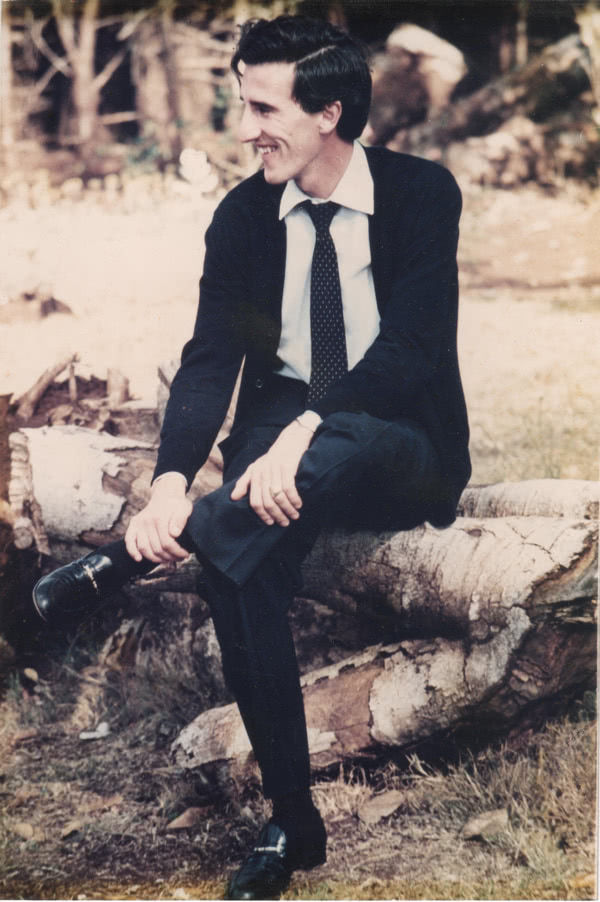 I had many things in common with Santi, as we came from the same place in the north of Spain. He got interested in my liking for literature. He had been in Kenya for four years involved in activities with young people and with the development of Opus Dei in East Africa. He treated equally well those coming from different social backgrounds, tribes or beliefs, Hindus or Sikhs, always optimistic and hard working. He took a short time to adapt to the African ways.

Santi took me to the children’s home looked after by the Mother Teresa’s sisters in Huruma, a low income district of Nairobi. Seeing the work of the sisters fascinated me! This was a call from heaven for me. 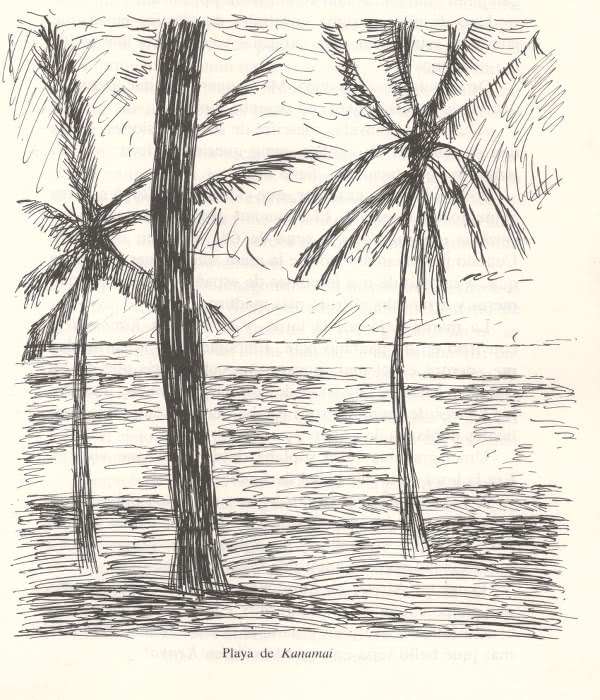 Santi died on the beach of Kanamai, in the coast of Mombasa, where he was the Director of a camp organized by the Hodari Boys Club for more than 100 boys. I was there helping as a tutor, together with Chema Postigo. The place was very beautiful, with many coconut trees and white beaches, which again awakened a religious yearning in me. In order to entertain the boys Santi used to sing at night with his not so good voice around the fire.

I remember the time when one of the small boys came to me smiling, with his very white teeth, to tell me that Santi had told him that he also had a Guardian Angel. He was not a Catholic and not even a Christian. 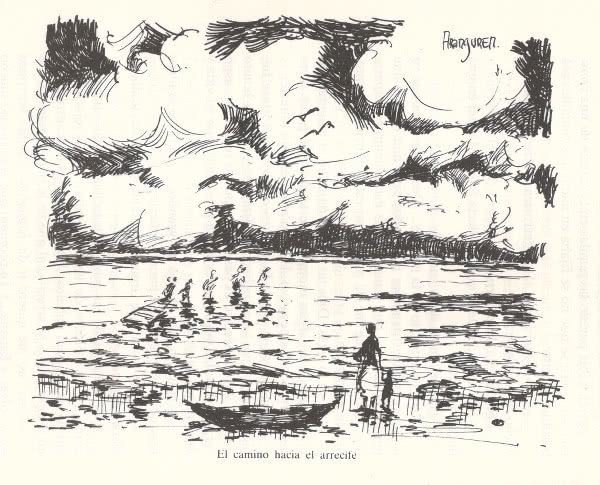 The 19th of August thirty years ago began with many clouds in the sky. Little by little a storm was building up. Santi had gone in the afternoon to the reef, during the sports time, with some boys. It was there that one of the boys went swimming on the other side of the reef, a dangerous place hit by big waves. At some stage he asked for help as he was having difficulties to come back to the reef. Santi jumped in to help him. It is not clear what happened later. The boy managed to reach to the reef but Santi’s body appeared floating unconscious, most likely after he hit some rocks. Fr. Manuel Gonzalez, the priest of the camp, who was also a medical doctor and happened to be nearby, was called. Santi’s body was put on some tires and dragged to the shore by a number of boys who came to help, while artificial respiration was done on him. Although he was taken to a nearby clinic, he was already dead. 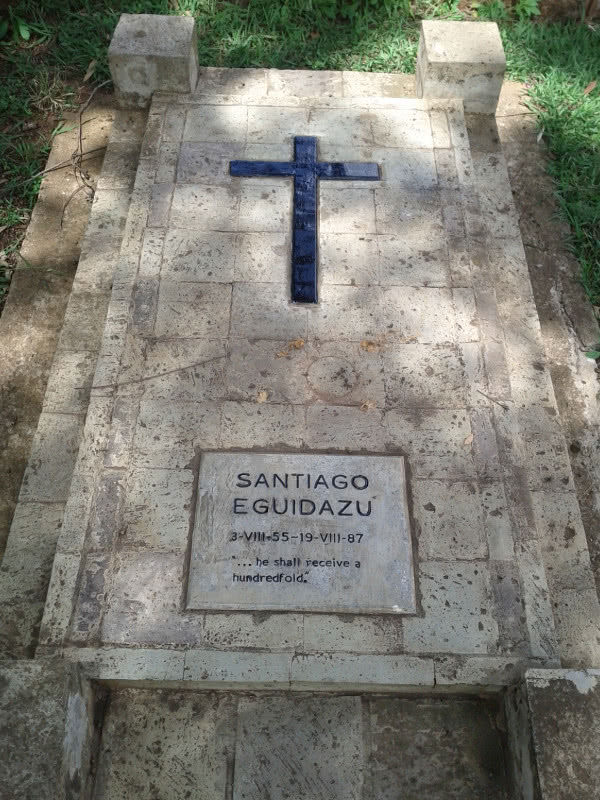 He was buried in Lang’ata Cemetery, not far from the Ngong’ Hills, a well-known place thanks to Karen Blixen’s autobiographical novel that inspired the movie “Out of Africa.” Many Strathmore College students attended his funeral and burial.

Bishop Álvaro del Portillo, Prelate of Opus Dei, after he was informed about his death, wrote to Santi’s parents a letter where he told them:

“as it always happens in these cases, I found it very hard to accept the will of Our Lord, but later I bowed my head and savored slowly the words that our most beloved Father (as we used to affectionately call the Founder of Opus Dei, Saint Josemaria Escriva) used to repeat: “May the most just and lovable will of God be done, be fulfilled and eternally praised above all things (The Way, no. 691).” I slept very little last night and continued praying to Santi. You should be very proud of your son: I remember when he was in Rome on his way to Kenya. We spoke for some time, before I gave him the blessing for the trip to Kenya, whose final stop is in heaven. He was excited about going there and ready to give himself to God. It was clear that he was ready and mature to meet the Lord, who has allowed him not to suffer a sickness.”

Santiago Eguidazu made a reality what the founder of Opus Dei used to say, that there is only one race, the race of the children of God.”

The wake of his body took place in the oratory of Strathmore College and was very moving. Many people walked by his body, also some who had not stepped before in a Christian place of worship. They, however, prayed for a short while and later on shared what they had learned from Santi’s life.