In February 2013, three gentlemen who used to receive means of formation offered by Opus Dei in Nairobi relocated to Kisii. Two were cooperators of Opus Dei, the third an alumnus of the then Strathmore College. They requested to continue receiving the means of formation in Kisii, if this could be arranged. 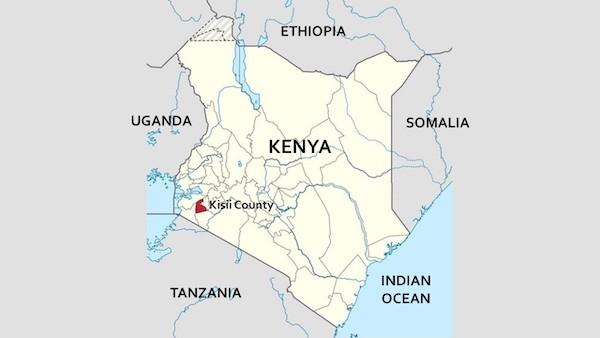 Since fortnightly trips were already being made from Nairobi to the city of Kisumu (100km north of Kisii), arrangements were made. And so it was that means of formation began in Kisii with the three professionals and eighteen university students – seventeen from Kisii University and one from Rongo University.

The trips to Kisii were planned to coincide with the trips to Kisumu. The initial plan was that the day of recollection for the people attending the means of formation in Kisii would be held in Kisumu – a two and half hour drive away. With time, this proved difficult as the activities would end at 5pm and the trip back home for those who lived in the Kisii suburbs through Kisii town was a tall order. The only solution was to organise the days of recollection in Kisii town. And so it was, that in January 2018 the monthly day of recollections began in Kisii town.

In the first year of making regular trips to Kisii, we made a delightful realisation! Formation in Kisii had not begun with our trips there. It had begun much earlier with many people who either used to attend means of formation in Nairobi or used to receive the monthly newsletter of St. Josemaria and are now retired staying in the villages in Kisii. It had happened quite often that those who used to receive the newsletter regularly and knew St. Josemaria and his teaching so well asked us what had happened to the monthly newsletters.

This year, even with the containment due to the pandemic, four Masses in honour of St. Josemaria were celebrated with very few people attending. Over the years, these Masses have become family-like moments that many looked forward to either to simply participate or to chip in typical of an ordinary family at home. For example, one former Cabinet Secretary, who had met St. Josemaria in Rome during his studies, would look forward to participating in these Masses; in 2018, the Kisii and Rongo University students animated the Mass; one priest – the late Fr. Omari – would even chip in by listening to confessions from his wheelchair.