I’m studying medicine. In the December holiday last year, I spent almost a week in Samburu with fellow youth from my parish. 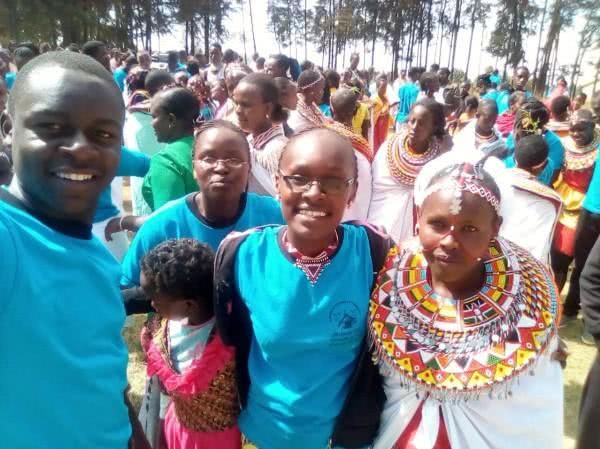 My prayer life really got a shot in the arm after I finally attended a retreat in Tigoni Study Centre last year in October. My life of prayer through the norms of the plan of life, together with the norms I’d do with my friends in the parish was crucial in encouraging me to go for the mission.

Porro Parish in the Diocese of Maralal was chosen as the destination of the 12th grand mission by the St. Paul's Mission Team – a group of volunteer university students mainly from the University of Nairobi. The parish has 10 outstations with only 2 priests. Unfortunately, the Father-in-charge passed on towards the end of 2017. It was an interesting choice of destination though, considering the escalating political tensions throughout the election year. Conflicts in such zones are known to worsen during such times. Closure of the University for an extended period following the elections only served to complicate our preparations. However, this is where the faithfulness of our God became evident: we carried on with the preparations, topped off with a Novena to Our Lady that the mission may be a success. By 22nd of December everything was in place and we departed for Samburu County about 290km north of Nairobi. 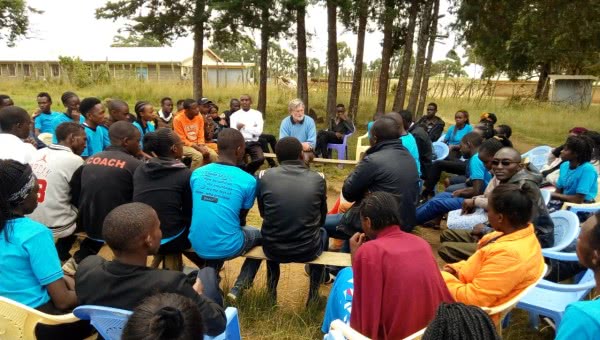 We arrived in Porro safely after being on the road for 14 hours. The green landscape with good tree cover was a surprise as we had thought the place would be dry land. Even more intriguing was the extreme cold in the evening. We later learnt it was a highland area 2,500 metres above sea level, compared to Nairobi’s 1,800 metres. That explained it!

The first highlight was a visit by the Bishop, the Rt. Rev. Virgilio Pante. He narrated his experiences working in the area for the past close to 40 years. This really inspired us, coupled with nuggets of wisdom to us young people urging us to serve the Lord. One piece of advice that was definitely memorable was: "Don't shower too much," in light of the weather patterns there.

On Christmas Day we visited a children's home in Maralal town run by the Sisters of Charity. We took clothing and foodstuffs among other items. But most importantly was to spend time with the children – most of them infants. The nuns there are doing a great job taking care of abandoned children. They also host the homeless children of the area to a special Christmas meal which we assisted in serving. The visit was a fulfilling experience, inspiring us to grow in charity. 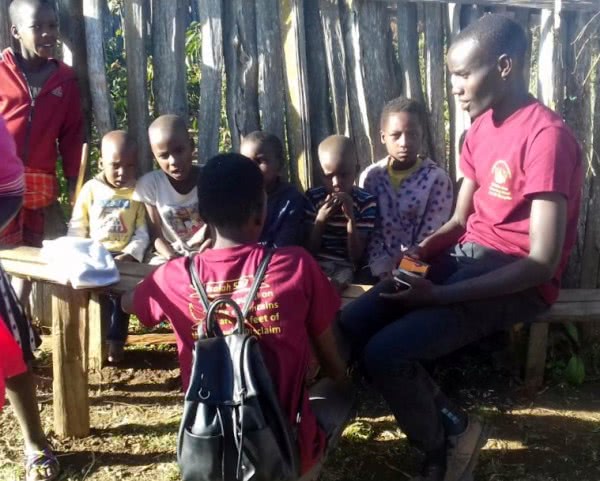 The core business of the Grand Mission began on the 26th. Porro Parish is fairly extensive and has a total of 10 outstations. We divided it into 3 zones to be covered over 3 days. The aim was to visit as many homes as possible. Small groups of 4 were constituted and dropped off at strategic points. We climbed hills and went down valleys, crossing rivers and walking through thickets in an effort to share the good news. The locals were very receptive and hospitable. Most identify with Christianity – both Catholics and non-Catholics. We would share the Word, encourage and pray with them. Our hosts would also share the Word or their life stories. There was a lot to learn from these encounters as well. We would then take down prayer requests. To wind up the visit, in keeping with the culture, the head of the household would bless us as we left the home. Much as I didn't understand the language, it felt awesome to receive this blessings! Language barrier posed a challenge in some homes. The local youth were of great help in this regard acting as interpreters. We learnt some bit of Samburu along the way though. There was a strong sense of reliance on God, especially in some of the homesteads stricken with poverty. This was really moving. We would chip in and assist where we could. Another challenge facing the locals was a lack of copies of the Scriptures or other material for spiritual reading in the Samburu language. There was also a high prevalence of unemployment among the youth. Lack of economic opportunities and academic stagnation were the main causes.

After getting back to our residence, which was a high school next to the main parish church, in the evening we would gather the prayer petitions from the homes and offer them up as we prayed the Rosary. We would then share our experiences from the day and try make adjustments where necessary to try improve the subsequent day.

A veterinary camp also ran concurrently with the home visits. A few of us would team up with the local veterinary officers and deworm the livestock. The locals brought their livestock in such huge numbers it was overwhelming. Our colleagues would come back smelling of the animals but with satisfaction written all over their faces. The locals were grateful for this.

On the final day of our stay there we held a seminar for the youth. We discussed some of the issues facing them. These ranged from integrating spirituality with dynamics of youth, academics, economic empowerment among others. It was not all stern and serious as we also had entertainment and shared a sumptuous meal even as we mingled freely.

Sadly we had to bid Porro and its great people goodbye after hosting us for a week. There was a heavy feeling of nostalgia as we left the place. We had endeared ourselves with the people and made nice memories that will surely last a lifetime. I will particularly miss their manner of prayer. They did so with arms outstretched in a posture of petition with regular responses from the congregation as an individual leads the prayers. The elders also play a leading role. Prayers of the faithful always end with a prayer by one of the elderly men. It was really interesting. 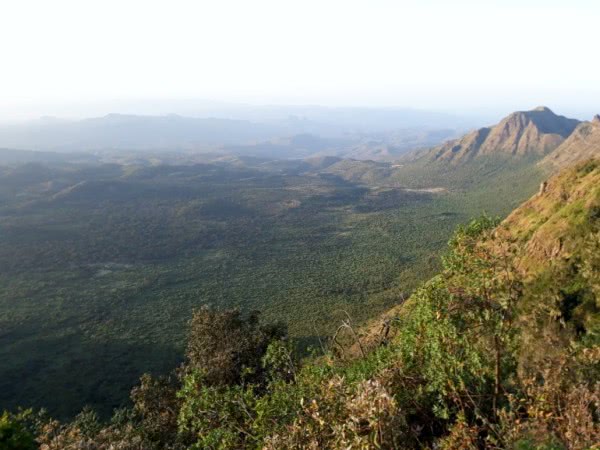 The whole experience made me appreciate better just how privileged I am. The challenges I face are much smaller in comparison with what we witnessed. The scarcity of priests, means of formation, catechesis and socioeconomic difficulties are challenges that take heroic virtue to overcome. That is why I regard Bishop Virgilio Pante and Fr. John Dida, the acting parish priest, as present day heroes for their selfless service. May the Lord reward them richly! The harvest is abundant yet the laborers are few. Let us pray to the Father to send out more laborers into His harvest.