The work of St Josemaría, our founder, has been very inspiring. Of course, as you know, all through his life he fought, he spared no effort. At times, I sit down and say: all through his life nothing else mattered to him except Christ. And I think I draw a lot from inspiration from that.

I still go to the prison. When I go there, they call me Daddy. They know me, everybody there knows me. This guy, I still don’t remember his name now but he was one of those I sponsored as Godfather for the baptism. I remember during the instruction I had a chat with him. He was so moved. He said (that) if becoming baptized and becoming a Christian is all he achieves in the prison, then he will know that God has been merciful to him. Shortly after that experience, he got discharged from the prison. Barely two months after that.

Surprisingly one day I got a telephone call, and he mentioned his name. I remembered him vividly. He said he was calling from Nsukka. That he was at home. He said his mother wanted to speak to me. I said: “Are we safe?”. He said that his mother noticed the change in him since he came back, because he came back to the village, and every morning he goes for what they call evangelism or what we call apostolate. And his Mother said: “Come, something has happened to this guy”. So she got into a serious chat with him. The boy said: “Don’t worry, I will speak to my Godfather in the prison”. So they put a call through to me and the mother said: “What did you do to my son?” And I said: “We did nothing, it is Jesus who has done it for him”. She never knew her son could become somebody. After some time, he came back to Lagos and he was running a restaurant. “We maintained in touch”.

We started this counselling service. And the first day we announced that we are coming with this counselling service, they received it very well because, in spite of the large crowd there, these people are very lonely people, very lonely people, some of them have been abandoned by their people. Nobody comes to see them, so they want somebody to cry on their shoulder. It was a beautiful experience, once we started it we saw that many people wanted to talk to us. On the first day we started, before we knew it, a long queue formed up and three of us had a tough time being able to deal, but we give them the opportunity to share, pour out their heart to us, those who are having personal challenges, they talk to us and we give them advise, but ultimately the objective is to lead them back to Christ. 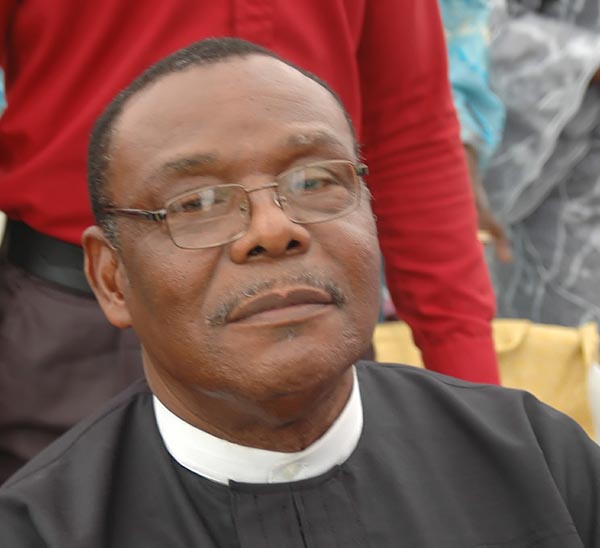 In the private discussions and chat we have with them, we find out that there is this bitterness that is lurking very seriously. On one of the occasions, I talked to them about the issue of forgiveness. You know the Matthew Gospel, the servant who was given 10,000 talents, it ends with “if you don’t forgive, my heavenly Father will not forgive you”. So one of the very young men, that guy should be around 20-23 years, and he said: “Daddy, I want to ask you one question”. I said: “What is it?”. “Are you telling me to forgive the man who brought me here and I have spent 3-4 years suffering here?”. I said: “Yes. It is not me telling you, it is Christ who says you should forgive”. He said: “Daddy, that is a very tough one to do”. I said: “but Christ commands you to do it”. And I added: “What of the Lord’s prayer? We say forgive us our trespasses as we forgive those who trespass against us. I said Christ gave us an example on the Cross, in spite of the fact that he had done nothing, he said father forgive them for they do not know what they are doing.

One of the prisoners, he used to be the catechist. And by the way, by experience, I noticed that everybody who becomes catechist, is a matter of time, they get discharged. One year later, I went to prison, I saw him and he said he came for thanksgiving and I saw him with one of the ladies. He said: “We just wedded, and we thought we should come here and do our thanksgiving, because this is where we met”. So you find out also that the guy found love in the prison