An article published by Grandin Media about Opus Dei student residences in Canada, with testimonies from some of the young men who have resided there. 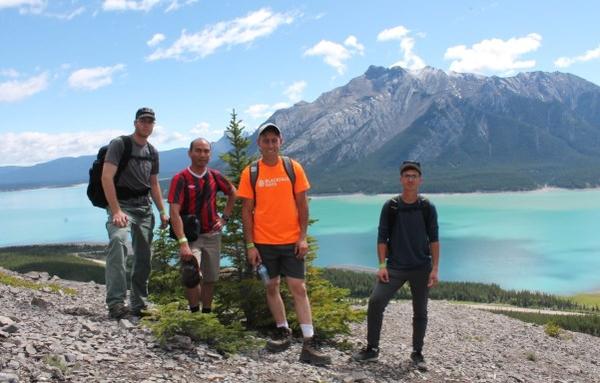 Bowmont resident Arvin Tonolete, second from left, with friends on an excursion to the Rocky Mountains.

“Two things that I learned while living at Bowmont was how to live a structured life and how to conduct my work with love. I was able to transfer these positive habits into my work,” says Joe Kaup, 23-year-old married engineer working in Calgary.

Bowmont is a small residence for male students located near the University of Calgary and managed by Opus Dei – an institution of the Catholic Church – although residents don’t need to be Catholic.

Bowmont is a place for study and leadership. Residents also participate in formational activities such as guest lectures, mentoring and volunteering.

The goal is to form young men who can transform society, says Evan Francis, an engineer and director of the residence. To that end, it tries to be a home away from home, to foster good study habits, to reach out to those most in need.

Kaup participated as a high school student in activities organized by men involved with Opus Dei in the Edmonton area. While in his third year of petroleum engineering at the University of Alberta, Kaup did an internship at the Calgary-based company he now works for and stayed at Bowmont for eight months. 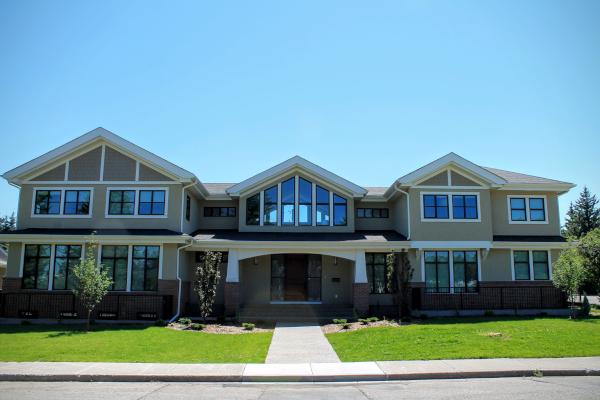 He enjoyed the feeling of companionship and support for his faith that pervaded Bowmont: “I really liked that after supper we would visit the Blessed Sacrament in the small chapel, and have a get-together afterwards where I could get to know everyone a little better through lively discussion, my favorite medium for getting to know people.”

Carter Snethun, 20, was living in the residence during first year of study as engineer from 2016-2017. He found out about it in a similar way, as he participated in camps and formation talks as a high school student living in Edmonton.

“At Bowmont there is a big focus on development of the whole person. You are encouraged to do things to the best of your abilities. There are lots of opportunities for study and learning, with a spacious study room, where there is space for group projects and which is low on distraction.”

Rev. Nathan Siray, pastor of Our Lady of the Rockies parish in Canmore, frequented Riverview Study Centre in Montreal during the 2002-2003 academic year while studying history at McGill University.

“My roommate invited me to join him for morning Mass and weekly activities at Riverview, walking distance from campus. I felt very welcomed when I first visited, as people took time to show me around the residence and made me aware of the weekly schedule of events,” he said.

“I most appreciated the time that the priest and the director of Riverview took to offer spiritual direction. I also enjoyed the variety of cultural activities that took place, from lectures on various topics to informally discussing our favourite musical artists. It was a great mix of faith formation, cultural enrichment and opportunities to grow in my life of Christian outreach.”

When asked whether his contact with Riverview helped him to become a priest, Father Siray said: “I think the greatest help was to discern what a vocation apart from the priesthood would look like, as I saw the vocations of celibate members. I saw how well they lived as disciples of Christ in the world and showed how fruitful this vocation is.

“As I pondered this beautiful calling, it became more apparent to me that I was called to the ordained priesthood, and I am grateful I had the chance to see what another vocation looked like to allow me to be affirmed in the one that was meant for me.”

Father Siray’s younger brother Justin lived at Glenwood residence in Vancouver during the 2013-2014 school year, while working towards a bachelor’s degree in education (high school biology) at the University of British Columbia.

He found out about that residence through the Sirays’ youngest sibling, Matthew, who had done volunteering there in the summer of 2012.

“For me it offered the best of everything, because it took care of the large majority of day-to-day tasks so I could focus on my studies,” Justin said.

Focus he did, and now Justin works in Calgary as a high school teacher of biology and chemistry. He is married and has a one-year-old boy. He met his wife, Carolina, in Rosario, Argentina where he did a lot of social work.

“The biggest thing, really, was that my stay at Glenwood helped give me an idea of what a structured Catholic lifestyle could be. No matter how busy things get, you can always get organized, manage the chaos of life, and find the best balance of faith, work, and free time. Glenwood exuded this. And it was truly a happy place to be: there were always smiles and stories floating around. You were motivated to do your best, by contagion.”