Let us Break the Chains of Corruption

On Saturday October 5th, the Catholic bishops of Kenya met with thousands of Catholic faithful at the national shrine in Subukia to take up the call Pope Francis made back in 2015 to root out corruption. After Mass, the bishops launched the nation-wide, 6-month anti-corruption campaign and subsequently released this statement. 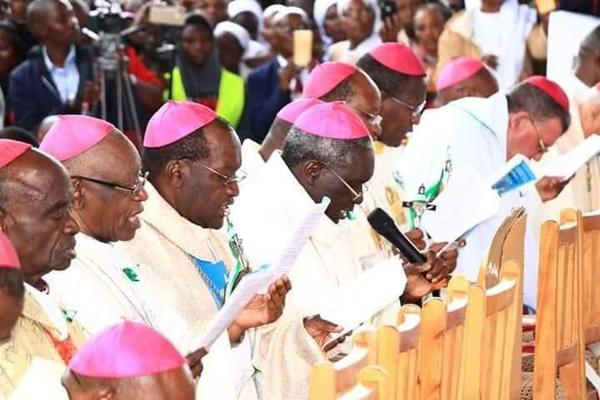 Promoting the Justice of God:

A Campaign against Corruption

We, the Kenya Conference of Catholic Bishops, united with all the Priests, Religious men and women, and the lay faithful, from all social status of our society at the National Prayer Day held at Subukia Shrine in the Diocese of Nakuru, categorically decry the tremendous Corruption that has imprisoned our hearts, families and indeed our entire society.
We take up the invitation of Pope Francis during his visit to Kenya in 2015. “We must root out Corruption”.
We come out in a prophetic gesture of mourning, to call to God for his mercy, to call to all people and especially all Kenyans, from the lowest to the highest, from the youngest to the oldest, to change our wayward ways, and decide to personally reject any act or form of Corruption.
We wish to lead the Country and every person of good will, to commit himself or herself before God, to fight Corruption from the grassroots, up to the highest offices.

We do so with humility by removing our shoes, in solidarity with those who have suffered and continue to suffer the dehumanizing effects of Corruption, especially those living in miserable conditions. 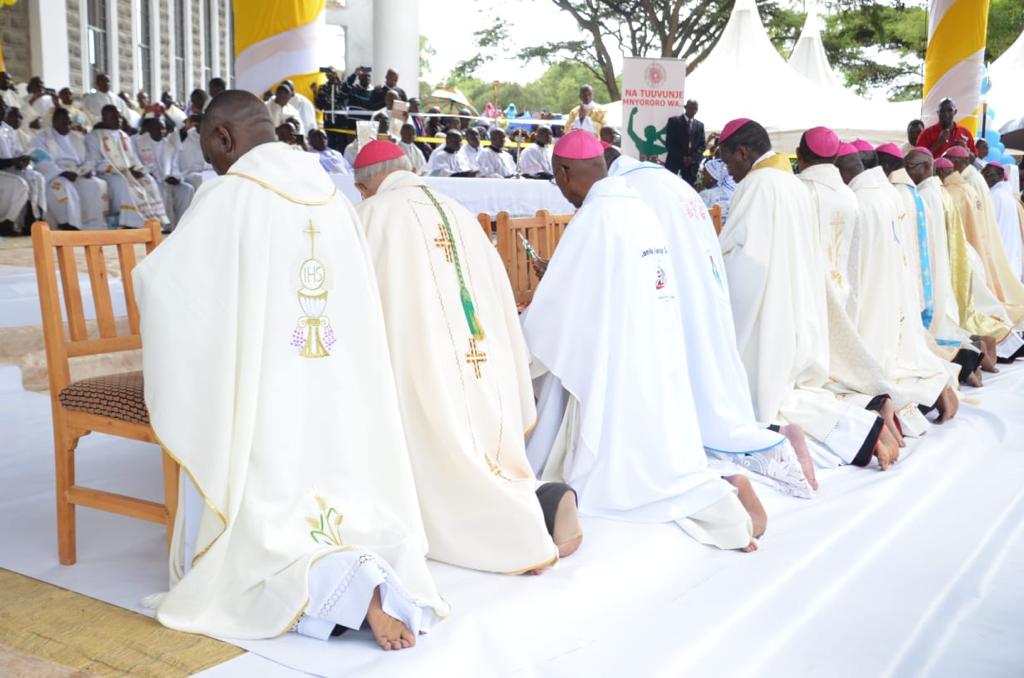 In Union with every Catholic Christian in Kenya and People of Goodwill, We, your spiritual leaders, ask every one of you, to make this real commitment and be ready to pay the price of integrity and uprightness.
We make this public commitment, personally and as shepherds of the Catholic Church with all its members, and call on each and every one who believes in God to take this deep and desired decision for the sake of our society and our children.

Like David in his fight against the giant Goliath, we although may appear small, can truly slay this monster of Corruption and return our country from the slavery and chains of corruption.
Today we also state some specific actions that we wish to take, so as to reinforce the culture of integrity and avoid corruption creeping into our Churches:

1. Contributions to Fundraisers in our Churches will be done by mobile money transfer or preferably by Cheque. This will avoid the handling of large amounts of cash, and give a clear trail of the donors. We wish to move towards cashless donations.

2. We will declare and keep open as we have tried to do so far, the lists and accounts of our projects and any fundraising initiatives in our Churches or institutions open for public scrutiny.

3. We shall keep a record of any gift to a religious leader exceeding Kshs 50,000. All gifts should be accompanied by a letter or acknowledged by a letter.

4. Our Churches will not be used as political platforms or for any other motive other than for the liturgy and worship of God. We shall therefore not allow any address within the Church of any non-liturgical character. All such addresses that may be opportune to make, will be made outside of the Church with due dignity.

5. Political speeches shall not be allowed at all within the liturgical celebrations. We particularly plead that the true nature of our funerals be restored, to condole and pray for the family and honor and pray for the deceased. Anything political or developmental should be specifically excluded for honour of God and respect of the deceased.

6. We will open a Corruption complaints desk, to keep record of reports of Corruption that the public may wish to make.

7. For the next six months, will renew our Baptismal promises in all our Churches on Sundays, using the specific formula that highlights the rejection of the evil of Corruption.

We invite you to put down your name and make your public commitment in our Churches and other public places where we will place our desks, and to do so without your shoes. We also urge you to wear the White ribbon with green edges in solidarity, to publicly declare and show those we meet of our commitment, so that they may already know our stand when corrupt situations arise. Let us wear it with courage.

We pray and hope that many others may decide to join this campaign and rid our Country once and for all of this great Sickness and Evil of Corruption. We invite all our Christians and people of good will, to come out and register their names, and carry the ribbon of fight against Corruption to declare their stand.

St Paul cautions us that the love of money is the root of all kinds of evil (1 Timothy 6: 10). At the root of Corruption is the ugly vice of Greed that has permeated all sectors of society, including believers. This anti-corruption campaign, like the clarion call of Prophet Amos to his people, challenges all of us, not to tire in stopping all forms of exploitation particularly against the weak and the poor. Just as we learn in the beatitudes, we may be called to pay a price for restoring this Justice yet a reward awaits us: “Blessed are those who are persecuted for the sake of righteousness for theirs is the Kingdom of heaven…” (Mathew 5:10).

As Catholic Bishops we officially launch a nationwide anti-corruption campaign that will run for the next six months. We urge all Kenyans to join us in this campaign and Stand Against Corruption…Let Us Break the Chain of Corruption.
We commit to the fight against corruption and may God give us courage to overcome the challenge one and all.

With God we can overcome this Monster and giant as David did! 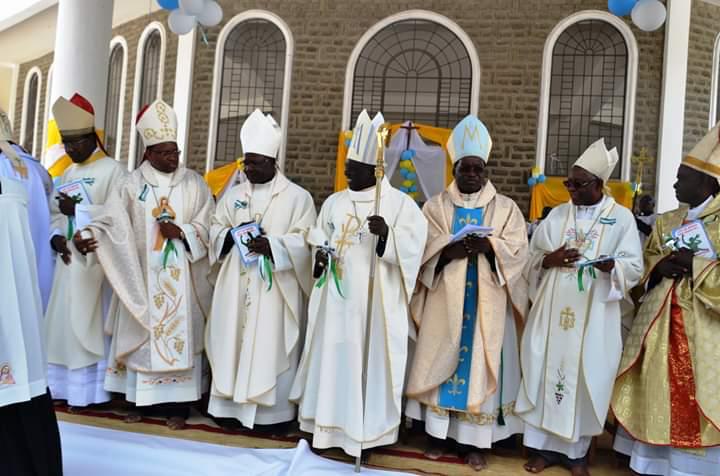