Opus Dei in Kenya and Uganda

Opus Dei started in Kenya in 1958, by the direct impulse of St. Josemaría Escrivá. It was the first country on the African Continent where faithful of Opus Dei were to go.

The Apostolic Delegate for Eastern and Western British Africa, Msgr. Mojaisky Perrelli had met and become friends with Saint Josemaria in Rome. In a letter dated 26th October 1957, appealing to St. Josemaría's apostolic zeal, he asked him to send faithful of Opus Dei to Kenya. Msgr. Mojaisky had seen the country's immense apostolic possibilities and felt that an institution offering solid Catholic education to the people of East Africa, if possible at University level, would develop that wonderful apostolic potential.

The reply was not long in coming. On 4th November 1957, St. Josemaría wrote saying, among other things, that although it was not a good moment, as he didn't have people or means available for such an adventure… , he was not going to wait for it to be possible… and would look into the matter immediately.

The first thing St. Josemaría did was to search for some members of the Work who were familiar with the British educational system, and bring them together to study the possibility of setting up a tertiary level institution in Nairobi. In March 1958 two of these men made a quick trip to Nairobi to meet Msgr Mojaisky and study in situ the feasibility of setting up an educational institution there. 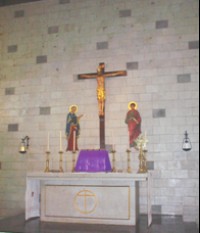 The outcome was positive and on 25th August 1958 the first members of the Work arrived in Nairobi with the blessing of St. Josemaría and great faith in the successful outcome of what he had asked them to do. In September and October of the same year they were followed by others, among them Kevin O'Byrne, an Irish Civil Engineer.

Another of the first to come was Fr. Joseph Gabiola. He tells in his memoirs how St. Josemaría sent them off in the same way as did all his children who were going to other countries. On giving them his blessing, he explained that this was the same blessing he gave to people going to other places, not a special one for a mission land, as Kenya was considered at that time.

It was difficult to find a way through the rather complex legislation of the Colony to establish a tertiary level educational institution. In October 1958, St. Josemaría asked Fr. Pedro Casciaro, one of the first members of the Work, who had just come from Mexico to work with him in Rome, to go to Kenya to help those already there. It was St. Josemaría himself who suggested that they start Strathmore College and a Residence for students. Saint Josemaria wanted the college to be interracial and open to non Catholics and non Christians, with entry based on academic merit. The college was not a missionary one as its staff was not made up of missionaries but of lay professionals.

By 1960 the drawings for Strathmore College were ready, some acres of land had been acquired in Lavington, adjacent to St. Mary´s School, and the buildings began to come up. Negotiations with the government and the municipal authorities followed, in order to obtain permission for an inter-racial Advanced-Level Sixth Form College. Once it was approved —the first of its kind—St. Josemaría asked more people to help run the new College, notably David Sperling an American historian and Silvano Borruso, an Italian biologist-educationist. They were both very young and full of enthusiasm for this great adventure. Fifty years down the line, they are both continuing to contribute to the fulfillment of this adventure with their lives and work. 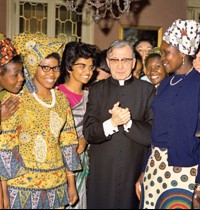 Once the men got started, St. Josemaría looked around for some women of Opus Dei who could begin to work in Kenya. He called them to Rome, where they participated in a workshop with other women, who were going to start in Japan. On 12th June 1960, after receiving the blessing from St. Josemaría, they set out for Nairobi —Olga Marlin and Mary Mahoney from USA, the one a teacher and the other a nurse; Tere Temes, a Spanish historian; Rosario Insausti and Encarnación Riera also from Spain, trained in Hospitality, and several other Numeraries and Assistant Numeraries. They were to have a great impact on the concept people in Kenya had of domestic work, and on the training of women for liberal professions. Their first project —a Secretarial College— was to have a determining influence on the future of women in Kenya. Now, nearly fifty years later, Mary and Rosario are both in Heaven, having contributed enthusiastically to the implanting of Opus Dei in Kenya.

In February 1961 the women started what was to become Kibondeni School of Institutional Management — a training unit for women attached to the catering department of Strathmore College. It was a unique institution in pre-independence Kenya, where catering jobs were done by men. St. Josemaría asked three more women to take charge of the unit —Cuca Canel, Carlota Diaz and Obduli Martin. Together with Mary Mahoney, Rosario Insausti and Encarnación Riera, they trained Kenyan women and provided the services for Strathmore staff and students. From among these women came the first Kenyan Assistant Numeraries in 1963 —Florence Auma and Mary Mumbua. They were followed by many others, who are now working not only in Kenya, but in Nigeria, Congo, Ivory Coast, Cameroon, Uganda, South Africa… training women and girls in the hospitality skills and showing them how they could find Christ in their work.

Strathmore College opened in March 1961. It was the first interracial College offering A levels to students of all racial backgrounds, preparing them for University entrance, which was very restrictive in those days. In 1966 the College started offering courses in Accountancy, together with the A level courses. By 1977 Strathmore was offering O levels, and in 1986 it opened a Primary Section. In 1993 the School of Accountancy moved to its own campus in Madaraka Estate, leaving the Lavington Campus for Strathmore School, primary and secondary.

Kianda Secretarial School started in January 1961. The School had to overcome many difficulties in that period of pre-independence in order to be able to open its doors to girls of all races, as St. Josemaría had expressly indicated from the beginning of the apostolic work in Kenya.

With the passing of time, Kianda evolved into Kianda Secondary School (1977) and in 1989 the Primary Section was opened. Faida Girls' Centre for Secondary School students started in 1977 and in 1987 Fanusi Study Centre for university students, at the University of Nairobi Campus. Meanwhile Kianda Secretarial School joined Strathmore College in 1993 and moved to the new Campus in Madaraka. 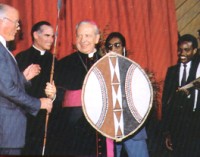 In 2002 the Commission of Higher Education accorded Strathmore a letter of Interim Authority to operate as a University, thus bringing to fulfillment the original desire of St. Josemaría.

The expansion of the apostolate brought with it the need to set up a Retreat House in 1970. What started as a simple house in Tigoni (Limuru), with some basic facilities for Retreats, had to be expanded and over the last 40 years, in true harambee style, new Chapels, dining halls and bed-rooms have been added. Tigoni Study Center is always expanding. The latest addition is the Shrine to our Lady inaugurated on 28th November 2007.

The first Kenyan member of Opus Dei to go to Rome to complete his theology studies was Paul Mimbi, Civil Engineer from the University of Nairobi. Ordained priest in 1982 by Pope John Paul II in Rome, he was the first African priest of Opus Dei. He was followed by Anthony Muheria, ordained priest in 1993 and made Bishop of the Diocese of Embu in 2004 by Pope John Paul II.

In April 1989 Msgr. Alvaro del Portillo, Prelate of Opus Dei and first successor of St. Josemaría visited Kenya. It was the first trip of the Prelate to Africa. There were memorable get-togethers in Kenyatta International Conference Center, attended by thousands of people, and the Prelate had the opportunity to see how the spirit of the Work had taken root in the land.

In December 1995, Msgr Javier Echevarría, second successor of St. Josemaría, came again to Nairobi to encourage the apostolic work. He would repeat his visit in August 2006, this time to preside at the Strathmore University Graduation Ceremony as its Chancellor. On this occasion he also made a memorable trip to Kampala. 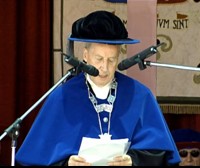 In 1993 faithful of the Work from Kenya started travelling regularly to Kampala encouraged by the then Archbishop of Kampala, Cardinal Wamala. Soon there were many people attending the different means of formation for both men and women, and the first Centres opened in 1996: Pearlcrest for women and Bugala for men. Soon afterwards they rented a house for Retreats called Tusimba, and after some years of rapid growth in the apostolic work, the two Centres moved to better premises built to cater for the growing apostolate in Kampala.

As St. Josemaría would put it, the apostolate of Opus Dei is like a shore-less sea, constantly expanding. St. Josemaría liked to describe the vocation to Opus Dei as a wonderful novel of love and adventure. It is a reality in the lives of many men and women throughout East Africa who have met with this manifestation of God's goodness that is Opus Dei in the Church.