A Spiritual Retreat for Priests at the shores of Lake Victoria

29 priests came to pray in Tusimba, a retreat house at the shores of Lake Vitoria in Entebbe, Uganda. 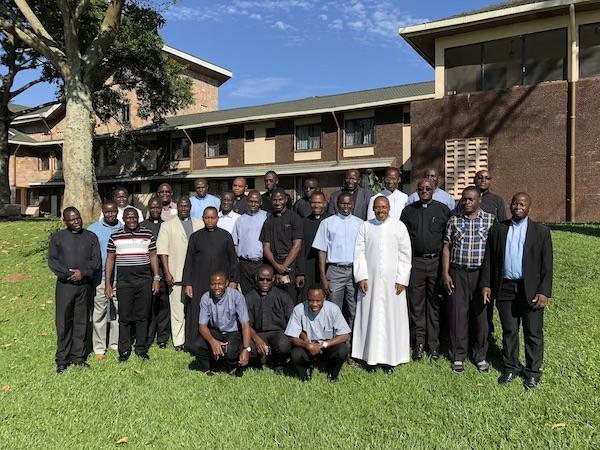 On 14 February we celebrated 77 years since the day St Josemaría saw the solution of how to incardinate priests in Opus Dei and the way priests could participate in the apostolates and spiritual care of the Work. The creation of the Priestly Society of the Holy Cross has been a blessing for many in all these years.

In February, as in the past 5 years, we organized a retreat for diocesan priests. Twenty nine of them came from different dioceses of Uganda and Kenya. The participants ranged from those ordained five months ago to those of over 25 years in the priesthood. Many lay people 'participated' in this retreat by sponsoring priests from their parishes or who are known to them in one way or another. 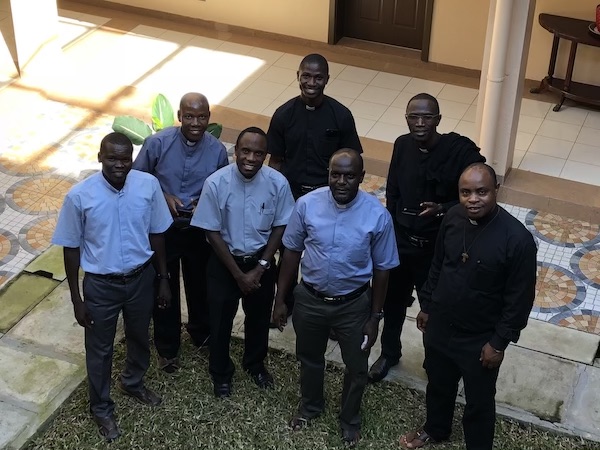 The priests from Kenya came mainly from the Archdiocese of Kisumu because they find Tusimba nearer to home than Tigoni in Limuru. However, this year, there were participants from as far away as Kericho and Nyeri. The first ones to arrive were Fr. Edwin of St Joseph Nyabondo parish and Fr. Tom, of Kibuye parish in Bondo.

Fr. Severino, of Mbarara Archdiocese, who has almost always attended the retreats at Tusimba, was delighted that now it was possible to have the retreats in Uganda, having previously made the journey all the way to Tigoni.

One of the priests who attended the retreat last year was soon afterwards, on 19 March 2019, appointed by Pope Francis as the new Bishop of Soroti in Eastern Uganda, to the elation of his fellow participants. Rt Rev Dr Joseph Eciru Oliach had had such a nice time making his annual retreats in Tusimba that he soon returned for his retreat in preparation for the ordination and installation, that took place on 25 May 2019.

This year he will celebrate the Mass of Saint Josemaria that we organize in Kampala every 26 June, and we are very happy to have him. 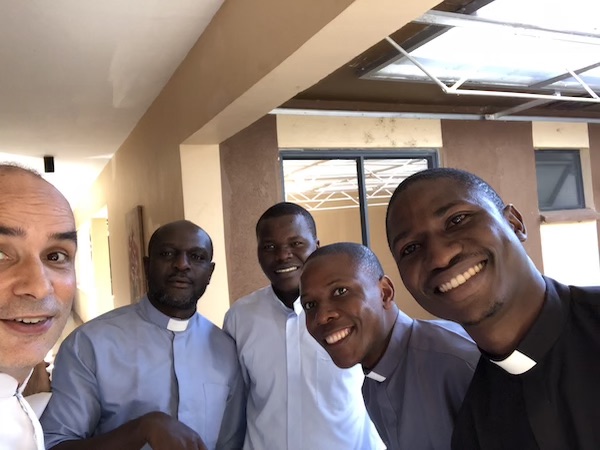