Ordained last May, Pablo recently defended his doctoral thesis on the Church’s teachings regarding refugees and migrants. Pope Francis encouraged him personally to continue his concern for refugees. 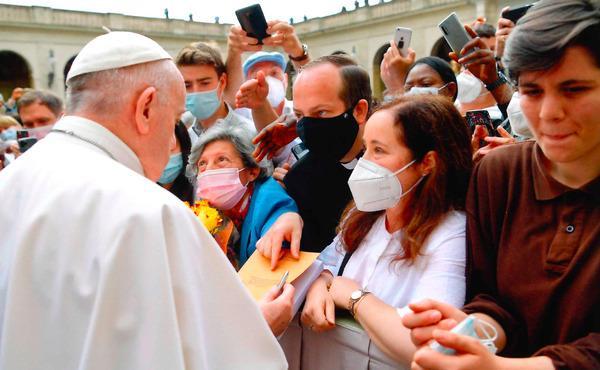 His doctoral thesis, which he recently defended in the Pontifical University of the Holy Cross, has the impressive title: “The Challenge of Forcibly Displaced Persons in Light of the Magisterium of the Church: a Moral and Pastoral Approach from the Teachings of Leo XIII to Francis.” It is an urgent problem, since according to latest estimates over 84 million people throughout the world find themselves in this situation.

How did you first become interested in this topic?

The opportunity to confront this topic more deeply took shape during my years in Lebanon, from 2016 to 2019. I was directing an NGO for humanitarian aid and cooperation aimed at the most vulnerable, in a country ravaged by the Syrian war. I came to see that the problem of forced migration needed to be considered from a theological perspective. I realized that a world wounded by conflict could only be cured by placing God at the center, and that the academic world could also make a contribution here.

What role has Pope Francis played in the writing of your thesis?

It is striking how frequently he speaks about this problem, and the many signs of concern he has shown for forcibly displaced people right from the beginning of his pontificate. A nice anecdote: a month ago I went to the Pope’s audience in the Cortile di San Damaso. When he passed near me I told him I had lived for some years in Lebanon working with the Syrian war refugees, and that the following day I was going to defend my thesis on the forcibly displaced in light of the Church’s magisterium, including his pontificate. His face became very serious and he said: “don’t forget them. The refugees are a great sin of the world. Keep on praying and caring for them.” Then he took in his hands the copy of the thesis I had brought with me and, after reading the title slowly, he opened the first page and wrote his signature there. 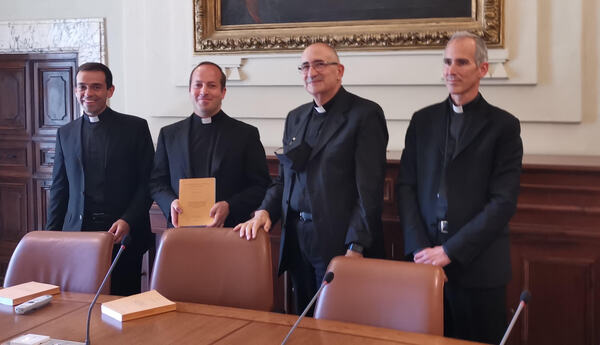 You lived in Lebanon and helped developed volunteer programs there. What were you trying to do for these refugees, many of whom are Christian Chaldean Iraqis?

Lebanon is a country marked by striking contrasts, also in the social-economic area. Riches and poverty go hand in hand at every corner. In a region with so many spiritual and material needs we realized that Opus Dei’s apostolic work with young people should focus on solidarity and volunteer projects. Thus the International Humanitarian Work Camps were born. Knowing that we couldn’t solve all the problems, what we were trying to achieve with this initiative was to bring hope to those in society who had been abandoned, to make them feel once again their value as persons, to help them recover their human dignity.

The steps taken were quite varied: helping out in soup kitchens run by the Sisters of Charity and in orphanages; visiting refugee families in their homes, bringing them clothing, medicine, coupons for the supermarket; organizing games in the refugee camps, soccer tournaments… We were dealing mostly with Syrian, Palestinian and Iraqi orphans and refugees. Most of the Iraqis were Christians, persecuted by the Islamic State, who had to flee for their lives with only the clothes on their backs. Lacking the media impact of the Syrian war, for the most part they were abandoned and had meagre international help.

You have lived in both the Middle East and the West. Where have you found the greatest openness to receiving refugees?

Lebanon has by far the greatest proportion of refugees on the planet. Almost one in four persons is a refugee in the Land of Cedar. There is great merit in a country which, invaded by Syria not many decades ago, now receives refugees from there, putting at risk its own political stability. This doesn’t prevent a lot of tensions from arising, and truly many of the refugees, rather than being welcomed by foreigners, would prefer a safe return to their home country. The latter is the ideal long-term solution for everyone concerned, as long as each one’s freedom, dignity and security are assured. 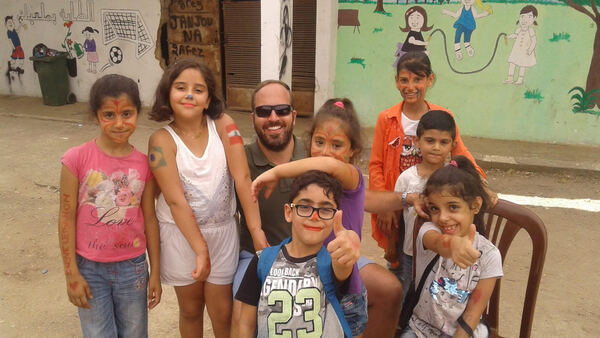 The question of forcibly displaced persons and refugees is quite complex. You have studied the Catholic Church’s teaching on this area in some depth. Could you sum up some of the key points in the Church’s contribution to this topic?

In first place, I would like to clarify that the Church does not try to offer technical solutions to the problems of each day and age. Nevertheless, as Paul VI said, the Church is an expert in humanity. Like a good mother, when the Church takes an interest in the displaced person, she does so without any kind of political concern. If she makes a statement on these topics, she does so moved by the moral maxim that, when an urgent humanitarian need exists, the poor cannot be made to wait. The Church is moved by her concern for the dignity of the person in both soul and body.

The pastoral concern for immigrants began in the Church in the 19th century. Leo XIII took notice of the restlessness caused by the great displacements of people during his time, and set forth the foundations for the Social Doctrine of the Church in his encyclical Rerum Novarum. The pontiffs who came afterwards continued to stress the need to care for this needy population in many specific ways.

To sum up in a few words almost a century and a half of the Church’s teaching in this area isn’t easy. In considering the global situation of forced migration, all the Popes have placed the emphasis on the person. The cry of the needy awaits a reply and continues to challenge each of us, awakening our moral responsibility. Among the many contributions in the Church’s rich teaching on this question we can highlight the dignity and centrality of the person, respect for each one’s fundamental rights, the importance of forgiveness, the integral development of the person, the struggle against sin, the call to hospitality, the need for integration into society, and above all the primacy of charity. 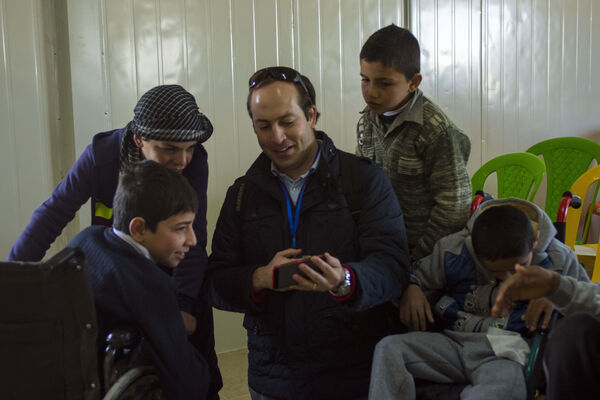 Are there moral limits on the right of refugees to be welcomed?

Leo XIII touched on this topic, but the right to emigrate has been a constant in the Church’s teaching since Pius XII. At the root of this right, as John XXIII reminds us, is the universal destination of the goods in this world. At the same time, it has been made clear that the right to migrate is not an absolute right, and needs to be accompanied by legitimate interests and protection of the common good. As John Paul II said, the right to migrate needs to be regulated. If it happens indiscriminately, it can cause grave harm to the common good of the host countries.

The Church has often stressed the government’s right to regulate migration when, making use of its just authority, it seeks to guarantee the common good. The Magisterium has asked that the State be obeyed in this matter, even if it has not recognized an absolute right here (asking, for example, that governments not impede the arrival of poor people unjustly). It has also recognized the role of the UN in this question, respect for the sovereignty of countries to preserve the common good, the importance of the juridical path in the resolution of international conflicts, and respect for international treaties in the question of immigration.

Although a right to emigrate certainly exists, it is a subjective right, since no one can demand to be received right away in a specific country. Regarding the debates on the conditions and limits to be placed on receiving migrants, Francis says that the reply of the Gospel is mercy. Welcoming the other person is welcoming God in person. To open one’s borders to refugees always entails a risk. The key factor here should be the primacy of charity, and the exclusive criterion should not only be the country’s own security. When there is a true humanitarian crisis, it seems to me that migrants (whenever possible) should be welcomed. The poor cannot be made to wait. If the desire to migrate stems from reasons that are not truly forced, then limits can be set to this right, which is not absolute and yields to the common good.

How should a Catholic approach the question of refugees?

In first place, we need to remember that Jesus himself was an immigrant. The soul of the Church herself is "migratory," since she is concerned about her children wherever they may be, in a world marked by continuous migratory movement, with her gaze fixed on the ultimate homeland. As Jesus told his disciples, we are in the world without being of the world. A person who realizes that he or she is a “stranger” in this world won’t fall into the mistake of seeing anyone as a “foreigner.” Rather they will recognize in them their brothers and sisters.

The teachings of the Church’s Magisterium in this area invite us to “complicate our lives.” Spurred by charity, we are encouraged to go out to encounter those in need so they may find a place at our table. The presence of the forcibly displaced is an invitation to recover certain essential dimensions of our existence as God’s children. The parable of the Good Samaritan continues having perennial value. A Christian can never be indifferent to a poor person lying in the road. As Pope Francis frequently reminds us, every stranger who calls at our door is an opportunity for an encounter with Christ, who identifies himself with every migrant who is welcomed or rejected in every time and place.