The First Book about Dora del Hoyo in English

​Scepter Publishers has recently published "Dora del Hoyo, A Lighted Lamp", an English translation of a biography of Dora (original title: "Dora del Hoyo, Una Luz Encendida") The book, written by Javier Medina Bayo, tells the story of Dora's life, based on the testimony of her family and those who lived with her. 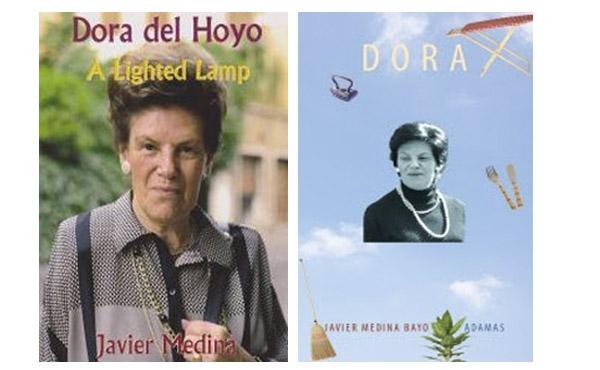 Scepter Publishers has published an English transltion of Dora del Hoyo, Una Luz Encendida (entitled Dora del Hoyo, A Lighted Lamp), the book by Javier Medina Bayo that tells the story of Dora's life, based on the testimony of her family and those who lived with her.

Dora del Hoyo was Opus Dei's first assistant numerary. She asked to be admitted in 1946 and moved to Rome later on that same year to help care for the centers that would later be the central headquarters of Opus Dei. With her hidden work and robust self-giving, she was of inestimable help to St. Josemaria Escriva and for Opus Dei's expansion throughout the world.

She was a lighted lamp for all those who lived, worked, or came in touch with her. Her influence now continues to spread around the world as we get to know the story of her remarkable yet simple life. In love with Christ, with Opus Dei, and with her work, she died youthful and happy, a day short of her ninetieth birthday. Dora del Hoyo's cause of canonization began in 2012. This biography tells her story and relates a few of the many favors people from around the world have received through her intercession.