Strengthening Love: The Value of Difficulties

A new article in the series on human love. "How can married couples survive the disillusionment and difficulties to eventually reach the level of mature and renewed love?" 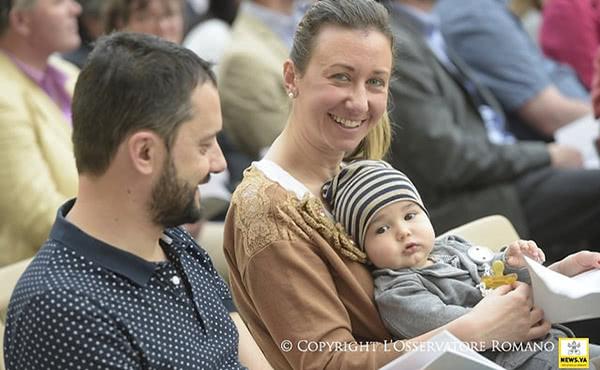 In fairy tales, the boy and the girl, after overcoming great odds to find each other — slaying dragons, outwitting witches — finally seal their love in marriage and ride off into the horizon where a castle stands. The kingdom awaits, the coffers promise to be brimming, the larder full, and most of all, the happy bride and groom will presumably be always of one mind and purpose. And thus they live happily ever after. The story ends there because the next day, and the next, and the next days ever after, they wake up and find that life has just begun.

Fairy tale romances end at the wedding, that very special day. But marriage goes beyond that one special day and takes a lifetime; the romance is followed by reality. Among all the wonderful elements of marriage, disillusionment, doubt, even regret may set in as well. One may begin to think that it may not have been the right decision, or the right time, or the right person. Am I stuck in this forever?

As a young child, I witnessed my grandparents’ golden wedding anniversary. It was a big affair in our small town; the relatives kept coming and going for a week to help in the preparations and cooking. All of us girl cousins wore yellow and gold dresses; the boys had starched white shirts with black bow ties. Many years later my parents celebrated their own golden wedding anniversary, and my sisters and I dressed our own girls in pastel-colored dresses and the boys in trim formal wear. Some years after, my husband and I celebrated our silver anniversary, and we are looking forward to our golden anniversary, too.

But the years do not come grouped in fives or tens, with joyful celebrations coming in succession. They arrive one day at a time, and with each day come the strains and travails of ordinary life. Problems will not cease after one has a quota and dealt with a number of them. Nowhere is it said that a couple will have only this number of difficulties, after which they will have cleared the bar and can rest easy. Rather, the success of a marriage relationship rests on how one has understood the demands of married love and prepared for them.

St. Josemaria, following the words of the Gospel, explains that, “Marriage is a sacrament that makes one flesh of two bodies…. Our Lord sanctifies and blesses the mutual love of husband and wife. He foresees, not only a union of souls, but a union of bodies as well.” God is the Author of marriage, as the Catechism of the Catholic Church teaches (no.1603), ordered for the good of the spouses and the procreation and education of offspring (no.1601).

If couples marry because they are in love, and marriage is intended for the good of the husband and wife, how then is it that so many couples are unhappy? After the honeymoon phase is over and the hardships come, love seems to be the first victim. The home, instead of being a peaceful, secure and loving place can sometimes be transformed into a war zone. But no one ever wins in war, even the supposed victor suffers loss and casualties. In marriage, trials and difficulties do come: financial and emotional strains, physical burdens, grave illnesses, moral struggles… no marriage is exempt.

This is aggravated by an increasing skepticism among young people about marriage as a permanent relationship between husband and wife. “Forever” seems to be a difficult concept to accept for this generation. They are witnessing increasing marriage break-ups and walk-outs, unlike former times when it was the norm to stay married. You dug in your heels, called upon all the saints and worked on your relationship. Now, husband and wife are demanding out. Msgr. Cormac Burke, a canon lawyer and former Judge of the Roman Rota, the high court of the Church, remarked that “this loss of faith in marriage, with the fundamental pessimism it denotes about the possibilities of finding a happy and lasting love in life, implies a major crisis for humanity.”[1]

The difficulties experienced in marriage are not necessarily huge insurmountable conditions such as extreme financial hardship or a ruinous infidelity or a deadly addiction. A wife looked back and realized that in the early days of their marriage she loved everything about her husband; he was perfect in her eyes and everything was rosy. As the years wore on, what she used to find adorable slowly became annoying, and they began to drift apart and even hurt each other in little ways. Then the resentment and anger began to creep in. It started to build up, the way cholesterol builds up slowly through time and eventually blocks the coronary arteries, or much like plaque forms around the teeth bit by bit until deep cavities result.

How can couples survive the disillusionment and difficulties to eventually reach the level of mature and renewed love?

“(T)hey mustn’t forget that the secret of married happiness lies in everyday things, not in daydreams. It lies in finding the hidden joy of coming home in the evening, in affectionate relations with their children, in the everyday work in which the whole family cooperates; in good humor in the face of difficulties that should be met with a sporting spirit; in making the best use of all the advantages that civilization offers to help us rear children, to make the house pleasant and life more simple.”[2] So advises St. Josemaria. Love is expressed in many small ways and the words of love should be affirmed by deeds of love. “He does things for me and I do things for him,” replied a wife going into their golden years of marriage, when asked about their secret of staying together. Sharing in small and big chores can more than assure that one is concerned about the welfare of the other, that the spouse is not neglected, overlooked or ignored. Communication is key to avoiding that small problems build up and become “insurmountable.”

A married man who became a canon lawyer, after spending years investigating the validity of marriages, prescribed couples not just to pray — which they could very well do separately — but to pray together. A couple cannot become one in flesh unless they truly strive to be one in spirit. St. John Paul II explains, “Prayer increases the strength and spiritual unity of the family, helping the family to partake of God's own ‘strength’.” In the nuptial blessing during the marriage rite, the priest calls upon the Lord to pour out the grace of the Holy Spirit into the hearts of the bride and groom, and it is the Holy Spirit that gives rise to the inner strength of families.

The other “small,” ordinary activity that couples and families do together is to gather around the table and share a meal. This very simple, daily activity is becoming increasingly rare because of hectic schedules and intrusive technology. Family members may be together at table but distracted by their smartphones. We must find ways to value the sacredness of family gatherings. It is best for parents and children to agree to ban the smartphone at the dinner table, to bury the TV set in the den, and to sit peacefully at meals, sharing and listening to each other’s stories.One can never underestimate the power of a shared meal in nurturing and healing the family.

My husband has never forgotten an advice my mother gave us when we were newlyweds. When talking about differences in opinion (her way of couching arguments): hold hands. Hold hands? That was it: she did not say give in, or explain yourself, or try to understand; she said, hold each other’s hands. So simple and yet so difficult. Looking back, perhaps it was a practical way of keeping either one of us from breaking anything within reach, but it kept us from going at it when we were so mad or hurt that we couldn’t hold hands. Things needed to settle down before we could hold hands and talk, a couple of hours maybe or a couple of days, even a couple of weeks. Just to get back to the point of being able to hold hands may need professional help, the advise of a wise person, confession, spiritual nurturing…. But the act of holding hands did help. Because holding hands is not a simple gesture of physical touch but an outward sign of an inner disposition, a silent affirmation of one’s willingness to go on loving, an unspoken pledge to reform and a promise to forgive. The resolution does not end with hand holding, but it starts from there. We learned to hold hands not only when we argued but also when we laughed and cried. When the children came, we held their hands too, through the years and into mature adulthood.

The hands speak to the spouse of gentleness, friendship and compassion, that one will be there for the other through good times and bad, in sickness and in health, for richer or for poorer, until death. It is a voiceless affirmation to their children and to society in general that forever exists, that love is a continuous and continuing work, that happiness is a consequence of the choice to do the right. The expressions of affection should never leave a marriage; through these small signs of tenderness, the couple provides public witness to God’s grace and the enduring quality of love. It is an integral part of the totality of self-giving in marriage, a public affirmation of the unique and exclusive conjugal love lived in fidelity to the plan of God. [3]>

Marriage then is a way of life where husband and wife become a “sign” - a small and precious sign, sometimes subjected to temptation but always renewed in love and hope in God[4] -- bearing witness to the indissolubility and fidelity of marriage. It is in the couple’s faithfulness to the Lord who called them together that they are able to renew their love and to ‘love each other with the love of their youth.’[5] It is in the faithful love of God that they discover through their marriage that “Love’s flames are flames of fire, flames that come from the Lord. Raging waters cannot extinguish love, and rivers will never wash it away.”[6] (End)

[1] “Marriage, Annulment, and the Quest for Lasting Commitment,” in https://www.ewtn.com/library/MARRIAGE/MARANCOM.TXT