"Promoters of unity and fraternity in the Church"

The Prelate of Opus Dei writes about the canonization this Sunday of Paul VI and Oscar Romero, along with five other new saints in the Church. 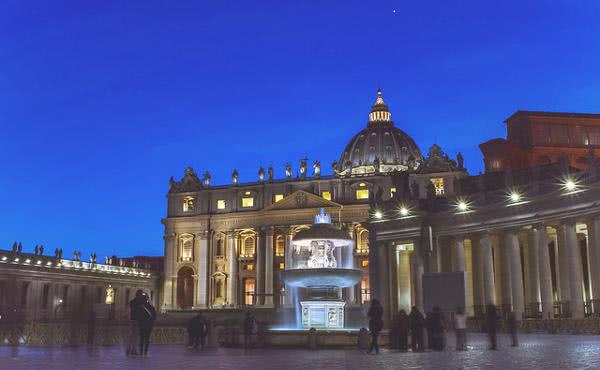 The new saints Paul VI and Oscar Romero were two pastors completely dedicated to the service of the Church and the world they lived in, untiring promoters of unity and fraternity. The canonizations this Sunday are a joyful invitation to beg our Lord to grant, preserve and increase these essential gifts in everyone.

Pope Paul VI constantly strove to foster communion in the Church and unity among all Christians, always basing the desire for spiritual renewal on a complete fidelity to the Gospel. His service to several Pontiffs, prior to his later mission as successor to Peter, is a luminous example of how to seek harmony with the Pope, with the other shepherds and with all the faithful in the Church. Making use of a prayer this holy Pontiff composed in 1972, we can ask God “to open still more our spirit and our heart to the specific demands of love for all our brothers and sisters, so that we may be ever more effective builders of peace.”

The new saint Oscar Romero often meditated on Christ’s prayer for unity: “that they may all be one, just as you, Father, are in me, and I in you.” He called this “the true unity” and used to say: “disunion in the Church is sad, my brothers, it is the anti-sign of Christ” (homily, April 30, 1978). He saw the urgent need for communion in the Church: of Catholics among themselves and of everyone with the Holy Father. We also especially ask him, who had such great love for his people, to intercede for unity and respect among all Salvadorans and for an end to the scourge of violence.

Pope Francis on Sunday will also canonize the priests Francesco Spinelli and Vicenzo Romano, the women religious Maria Katharina Kasper and María Ignacia de Santa Teresa, and the young layman Nunzio Sulprizio. Now that the Church is reflecting on the faith and the vocational discernment of young people, let us go to the intercession of the new saints to ask God to grant young people expanded horizons, and that the message of Jesus may continue to reach many young men and women who will decide to follow Him generously on the various paths that exist in the Church.