On the 15th of October 2013 a 7.2 magnitude earthquake hit the southern islands of the Philippines causing the death of hundreds and the destruction of more than eighty-thousand structures. Ten students from universities in Sydney and Brisbane volunteered three weeks of their summer to alleviating structural and educational damage in the town of Clarin in the Philippine island of Bohol. 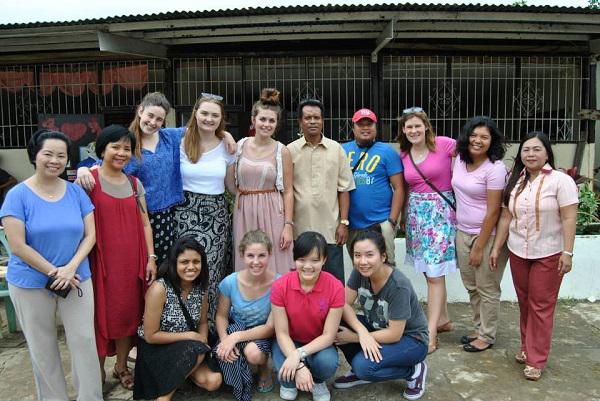 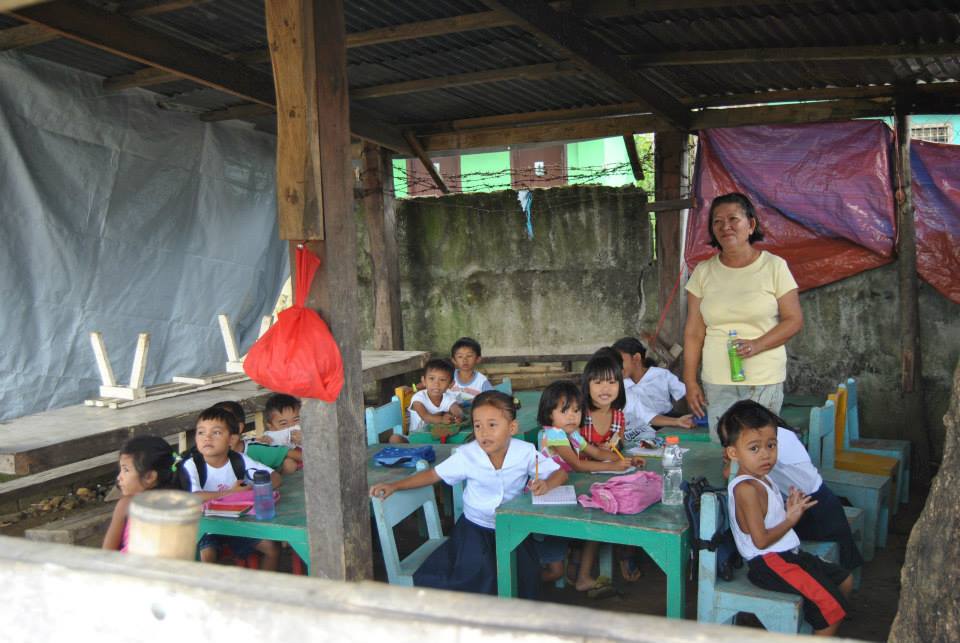 Organised by Creston College in affiliation with Reledev Australia, the Philippines service project has been operating for more than 20 years. Each year university students are have an opportunity to give of themselves and their time by teaching first aid and hygiene to young women in the poor suburbs of Manila. However, this year the project was very different. The work involved renovating and raising the floor of a school and teaching children remedial classes in English, Maths and Science in the small shanty town of Bon Bon, Clarin. Leader and Principal of Creston College, Dr. Maria Vega Flores says, “the best service we can give to humanity is to change ourselves by giving what we can.” 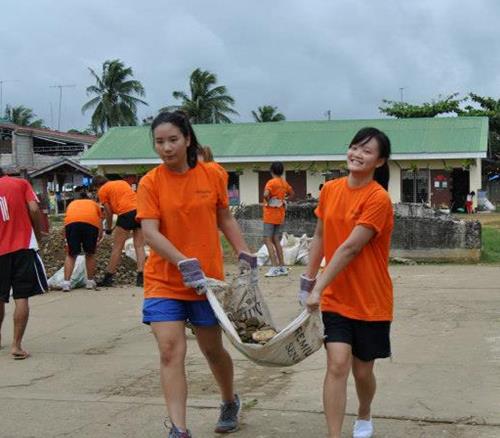 The project, run at the Bon Bon Elementary School involved the raising of the school’s multipurpose room floor to prevent future flooding as well as teaching remedial classes to make up for the classes the students missed due to the earthquake. Many of the school’s students lost their housing due to the disaster and now live in tents or makeshift houses.

UNSW student, Alexandria Mackenzie recounted, “The entire village was made of bamboo, wood, tarpaulins, and cement; all very small and shack-like. When we arrived in the school I did not expect that they would all be such clean, smiling and well-dressed students who lived with dignity.”

Each morning was spent in construction. Transporting buckets of rocks and 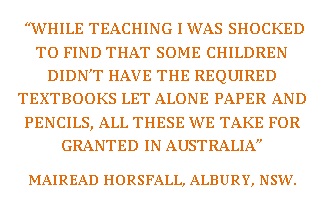 cement to the multi-purpose room was tough work in the heat and humidity of the island’s climate but construction breaks were spent dancing and playing with the kids. In the afternoons the girls split into pairs and taught the children.

“While teaching I was shocked to find that some children didn’t have the required textbooks let alone paper and pencils; all these we take for granted in Australia” says Mairead Horsfall from Albury, NSW.

Each girl on the trip noticed the constant kindness and joy the people of Bon Bon had despite their material poverty.

Optometry student at UNSW, Jacey Sng said, “The people didn’t have anything but they still had everything. They were getting water out of a leaky pipe in the ground. Many kids had black teeth and constantly suffered from toothaches. In my class the kids were even sharing one pencil between three…and yet everyone would smile and sing and dance. It was incredible! ” 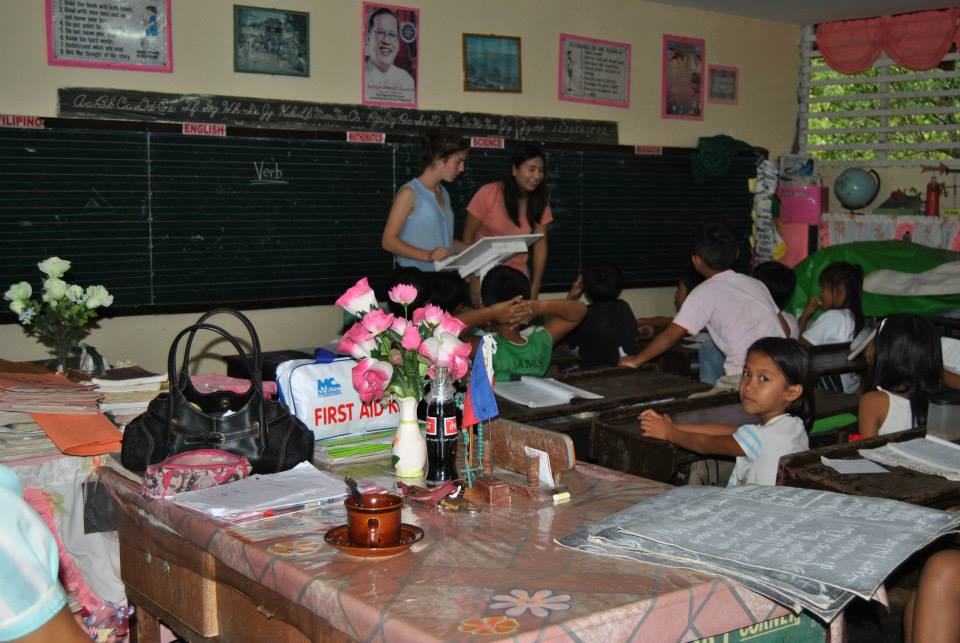 However, it was not only the community of Bon Bon who reaped the benefits of the service project. Its organisers and participants equally profited from the experience.

Many found that their experience in the Philippines was a stark contrast to the easy lives they lived back in Australia.

“As a young person living in Australia we are often informed about the poverty worldwide but it is entirely different to be exposed to it. On this project I have 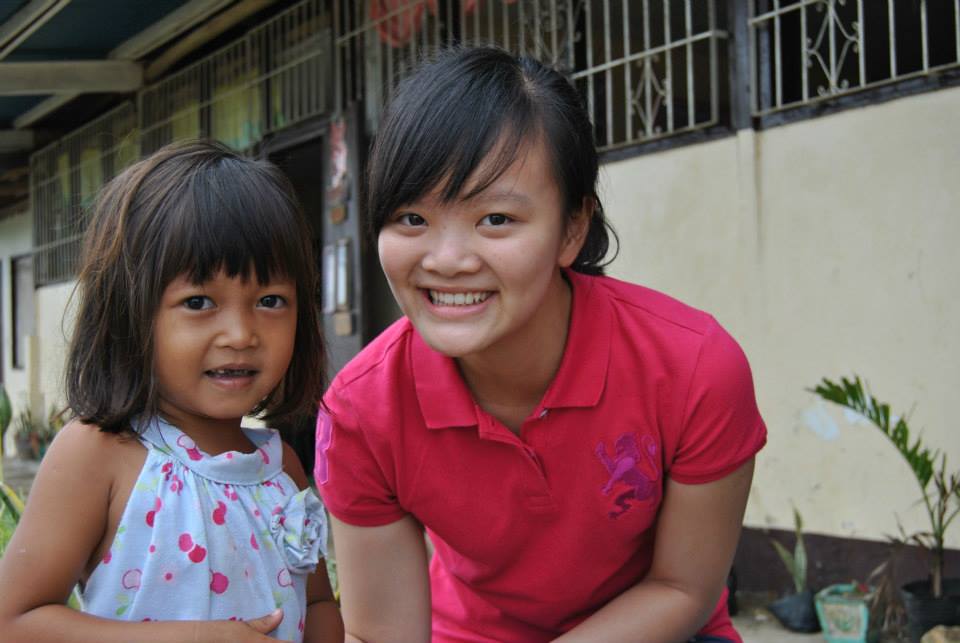 met many who have so little but are incredibly happy….it makes me wonder why I find so much to complain about or be discontented with and why I see this so much in my friends and colleagues at university” says Elaine Fidel.

She says, “Most important of all is to realise that happiness is easy if we are grateful for what we have and treasure it.”

Dr Maria Vega Flores explained that the project helped the girls to identify aspects of their own character that they’d like to improve in. It challenged them to grow into leaders by looking out for the needs of others.

Dr Flores says, “This cannot be our only time to be generous. We must have a continual spirit of service; at home, in the college, with our friends and in the little details of our work which no one will notice.” 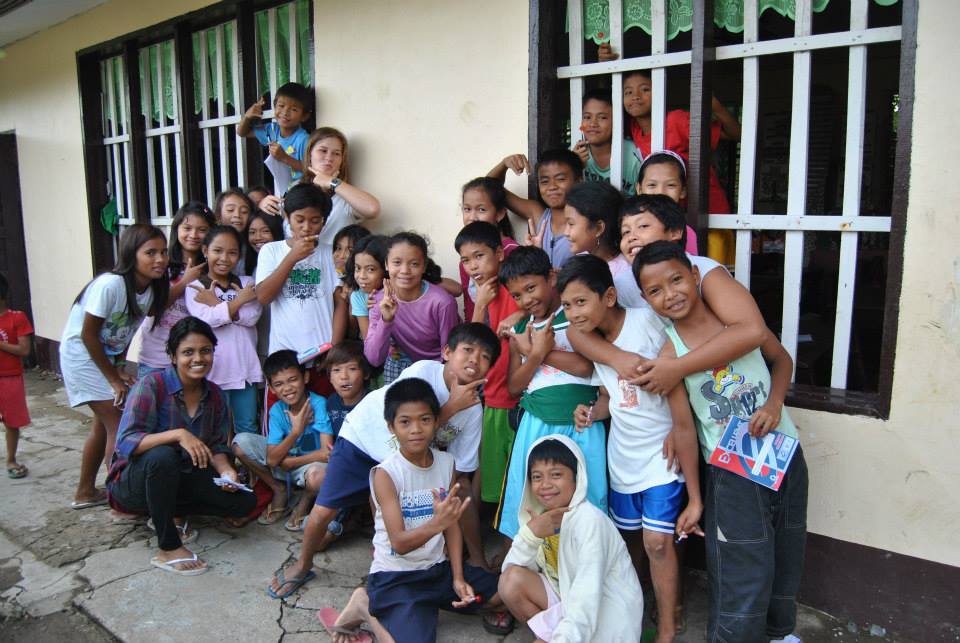