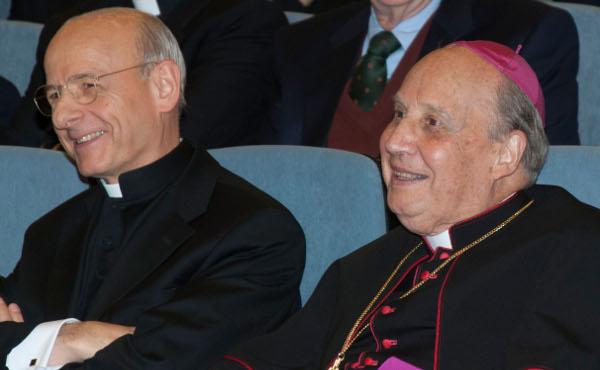 In accordance with the possibility foreseen in the Statutes of the Prelature, the Prelate of Opus Dei, Bishop Javier Echevarría, has named Msgr. Fernando Ocáriz (born in Paris, October 27, 1944) Auxiliary Vicar, with the executive authority necessary for the government of the Prelature, including powers reserved to the Prelate, except those that require being a Bishop. The position of Auxiliary Vicar is established by law in sections 134.1 and 135 of the Codex iuris particularis Operis Dei, which was promulgated by Saint John Paul II with the Apostolic Constitution Ut sit on November 28, 1982 (for more information: The Auxiliary Vicar in the law of the Church for the Prelature of Opus Dei).

In the decree of appointment, dated December 9th, Bishop Echevarría explains that "the extension of the apostolic work of the Prelature and the growth of the number of regional jurisdictions, centers and activities whose pastoral care is entrusted to Opus Dei have meant an increase in the work of government required of the Prelate." As a consequence, he adds, "taking my age into account as well, I consider it advisable to name an Auxiliary Vicar."

To replace Msgr. Fernando Ocáriz in his current role as Vicar General of the Prelature, Msgr. Javier Echevarría has named — with a deliberative vote of his General Council — Msgr. Mariano Fazio, until now the Vicar of Opus Dei in Argentina, Paraguay and Bolivia. Msgr. Fazio was born in Buenos Aires an April 25th, 1960.

In making these appointments, the Prelate has asked for the prayers of the faithful of Opus Dei and all those who participate in the pastoral activities of the Prelature, "in order to give a renewed apostolic dynamism to the work of Opus Dei, in the service of the Church and all souls."