Interview with the Postulator for Cause of Guadalupe Ortiz

Fr. Antonio Rodríguez de Rivera, postulator for Guadalupe's cause, answers some questions related to the promulgation of the decree on her heroic virtues. 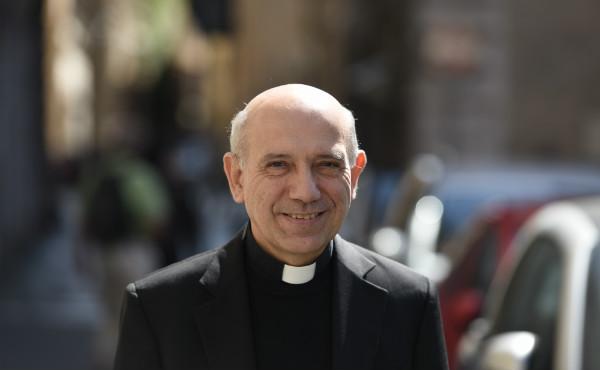 1. Who was Guadalupe Ortiz?

Early in 1944 she became acquainted with Opus Dei. Her first encounter with Saint Josemaría affected her deeply. Later she would say: “I had the very clear idea that God was speaking to me through that priest.” In that same year she asked for admission in that institution of the Church. She directed some centers of Opus Dei in Madrid and Bilbao. In 1950 she moved to Mexico in order to start apostolic work with women there: it was a great adventurous activity, lived with generosity and enormous faith. Among other things, she started a center for human and professional development of peasant women in a rural part of Morelos State.

In 1956 she took up residence in Rome, Italy. There she collaborated with Saint Josemaría in the internal government of Opus Dei. After two years she returned to Spain for health reasons where she re-engaged in teaching and research. She finished her doctoral thesis with the maximum grade and was awarded the Juan de la Cierva Prize. She was a pioneer of the “Centro de Estudios e Investigacion de Ciencias Domesticas” (CEICID) (Center for Studies and Research in Domestic Sciences). Later she was awarded the medal of the “Comite Intenational de la Rayonne et des Fibres Synthetique” for a research study of hers on textile fibers.

Followinga heart ailment, she died in Pamplona, already with a reputation for holiness, on the feast of Our Lady of Mount Carmel, July 16th, 1975, just 20 days after Saint Josemaría’s going to heaven. She was 59 years of age.

2. Why did the Church decide to open her cause for canonization?

Because those who knew her in Spain, in Mexico and in Italy, are convinced of her holiness, that is, of the exemplary character of her Christian conduct. Many others who, after her death, have heard of her heroic life, go to her intercession before God to ask for favors. What do those people who knew her, say? Here are some quotes:

3. What does this step signify, that the Church has declared Guadalupe to be “venerable”?

With this step the Church is declaring that Guadalupe lived the virtues to a heroic degree, especially that of charity, and that therefore she is being put forward as an example of a Christian woman who has attained holiness in ordinary life. This declaration is the result of a long study of abundant material assembled by the Madrid Tribunal in a diocesan procedure: that is, the testimonies of 54 witnesses (men and women from several countries), numerous written testimonies and many other documents. These juridical proofs have been evaluated in detail first by theologian consultants and later by the cardinals and bishops of the Congregation for the Causes of Saints. All have arrived at the conclusion that Guadalupe responded to divine grace in an extraordinary manner. Afterwards, Pope Francis ratified the opinion of the Congregation and has declared the heroism of the virtues and fame of holiness of Guadalupe.

4. You have studied her life in depth. Personally, what impressed you most about Guadalupe?

What has most impressed me has been Guadalupe’s “forgetfulness of herself.” She thought constantly of God and other people. An example of this is what happened in Mexico in 1952. It was during a retreat for university students, in a recently constructed building, still almost without any furniture. On the second-last day, she gave a talk on the Christian virtues. She and the others were sitting on the bare floor. She felt a sharp pain from the sting from a poisonous insect, but did not want to interrupt the talk until the end, so as not to worry the participants, and none of them realized what had happened. She got sick with a high fever and had to remain in bed for two weeks. At no stage did she complain. Moreover, from her bed she continued performing her various duties until another Opus Dei woman substituted for her. Those who attended her were witnesses: not once did she complain or speak about her illness, but rather took an interest in those who came to visit her and kept encouraging their apostolate.

5. What features would you emphasize in Guadalupe’s character?

Many people who knew her underline her overflowing cheerfulness, her habitual smile. She was welcoming to everybody. She transmitted peace and confidence to peasant women and university students, to those of any social standing. Her joy was not the result of human effort, but rather of knowing that she was a daughter of God, of her closeness to Christ; that is, a gift of the Holy Spirit. As a consequence she was steady and serene. This helped her a lot in her apostolate and her service to the Church and to society.

A young university woman, who met Guadalupe a year after her arrival in Mexico, remarked: “I must admit I was very curious to meet her, because they all told me about Guadalupe’s laugh and about her constant cheerfulness.” Guadalupe’s own brother Eduardo, describing her last moments, wrote: “This was Guadalupe’s great 'secret': to always accept as good whatever happened to her. In those last hours of mortal anguish, all those around her were lost in admiration: that same unforgettable smile.”

6. If her life was relatively normal, why do you think that she can be a good model for others?

Precisely for that very reason: because her life was normal and at the same time filled with God, it is a good model for all Christians, particularly for those who are called to sanctify the ordinary circumstances of their life in the middle of the world. In present-day society where there are some who wish to impose an ego-centrism and self-referential relativism, Guadalupe’s life is a splendid invitation to open oneself out to others. Her example can encourage anyone to get over their love of comfort and to serve others. In a pessimistic environment, Guadalupe’s optimism helps others to smile. And in a society which seems to be fleeing from God, Guadalupe’s story helps us to discover that it is only with Christ that one can have a cheerfulness that is both deep and lasting.

7. What are the subsequent steps necessary for the beatification and canonization of Guadalupe?

The declaration on the heroic virtues is the conclusion of a critical study of Guadalupe’s life which is deep and carried out in the light of the Faith. Following this step, for beatification and canonization the Church asks for something that man cannot provide. Only God can work a miracle, granted through the intercession of Guadalupe, which would open up the path to beatification. And again, only God can work a second miracle, after the beatification, which would open the door for her canonization. We trust that the first door will be opened soon.

Another notable sign of her reputation for holiness is that in Zamora, in the state of Michoacan, Mexico, a primary school has been named “Colegio Guadalupe Ortiz.” This initiative was promoted by some readers of her biography who were impressed by her holiness, her professionalism and her dedication to education and the formation of young people.

Soon the Congregation for the Causes of Saints will take up the study of the documentation of an extraordinary event attributed to Guadalupe. It concerns the curing of a basocellular carcinoma over the course of the night of the 28-29th of November, 2002. The man who was suffering the cancer, located in his right eye, invoked Guadalupe with intense faith before going to bed and, on getting up the following day, discovered that he was cured. The lesion had completely disappeared without leaving any trace. The medical experts in the Congregation will have to judge if this fact has, or does not have, a medical explanation. Afterwards, first the theologians and then later the cardinals and bishops will evaluate if it can be attributed to Guadalupe.