Skip to Main Content
About Opus DeiOpus Dei in Australia

In March 2014, 16 intrepid young men from Sydney left their university studies and jobs on a pilgrimage to Rome and the Holy Land. They took part in the UNIV conference – a conference organised for University students from across the world during Holy Week; and also attended the canonisations of Pope John Paul II and Pope John XXIII. The pilgrimage was organised by Warrane College and also involved students from Mirrabooka and Nairana Study Centres. 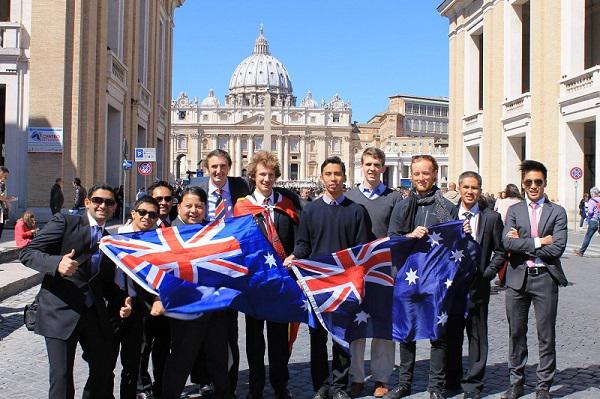 Below two young men share their experiences about the trip.

UNIV 2014 was an unforgettable trip. It was so packed that the 16 of us really struggled to take in everything that we saw, felt and heard. Coming from a range of different areas and backgrounds, we all had a variety of reasons for going on this pilgrimage. I guess one thing we all shared in common was the fact that we learnt more about our faith, and the trip brought us closer to God.

We started our journey in Israel, where we visited many of the places which we hear and read about in the Bible. We went to the places where Jesus prayed, partied and preached, where he fished and ultimately where he was crucified. All of this helped to illustrate the scriptures in my mind, especially now when I hear them at Mass.

In Rome we walked and walked and walked. Our guide set a cracking pace going about from place to place. Every nook and cranny had some history associated with it: statues, churches, paintings… and everything in between. The lunch UNIV provided everyday was first class.

And then came Spain (and a little bit of France where we ventured to Lourdes). After the hectic schedule of the first few weeks we took this section of the trip a bit easier and slower in order to rest and soak up everything that had happened. We needed this, because the last few days were really intense when we went back to Rome for the canonization of Saint John XXIII and John Paul II.

All in all, the trip was a big success. It couldn't have happened without everyone's contributions, enthusiasm and organisation. A big shout of thanks to everyone who made it happen! 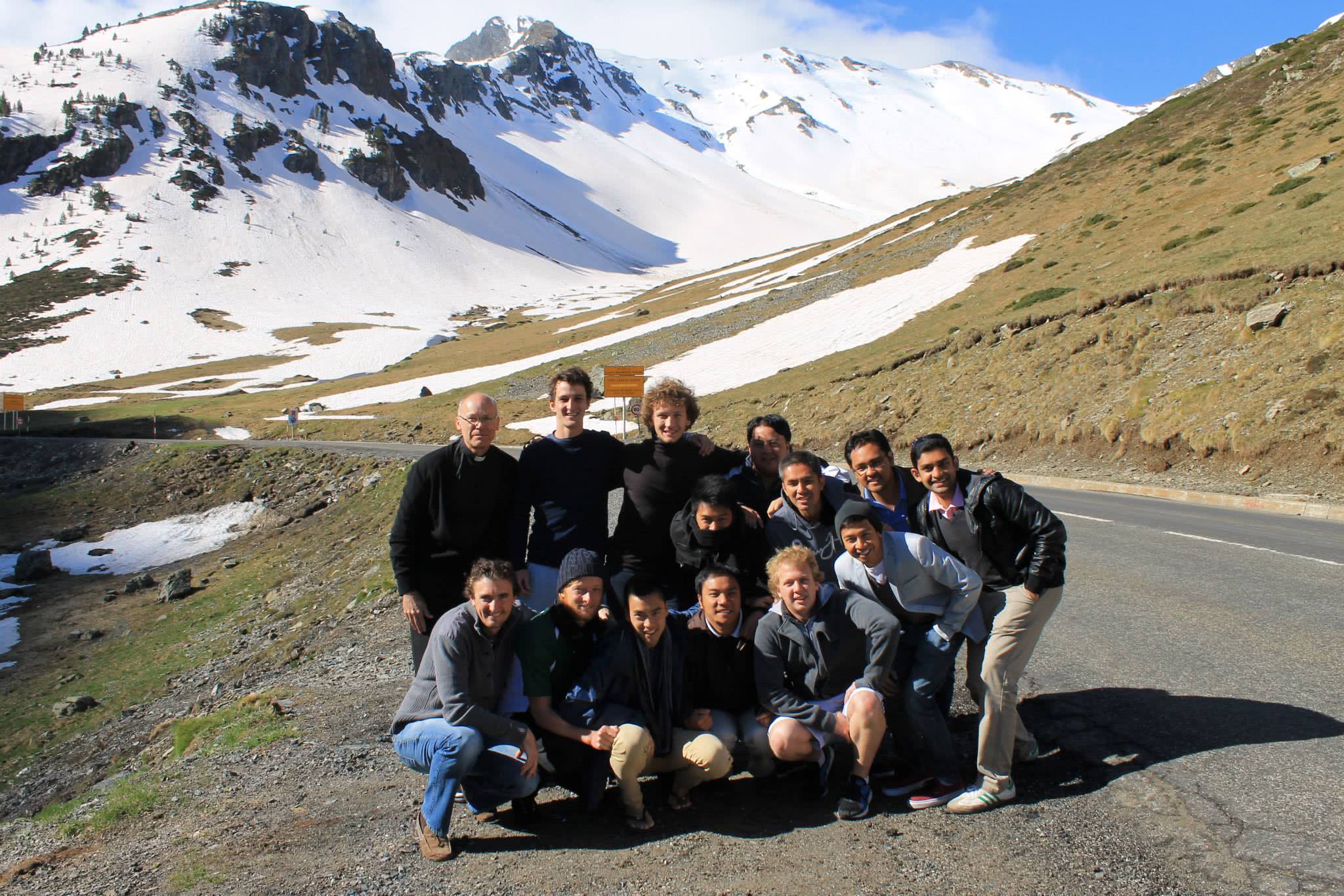 I participated in the 2014 UNIV trip with 15 others guys who went to Israel, Rome and Spain over three weeks in April. I had never been to Europe or the Middle East before so I was naturally excited to go on the trip.

We started the trip in Israel and it was amazing to experience the culture of a Middle Eastern country and see the many holy places which are important to many religions around the world. I particularly liked the area around the Sea of Galilee as it was the scene of many important events for Christians and the scenery was very green and beautiful.

On the next part of the trip we went to Rome. We immediately immersed ourselves in all things Roman and it was very interesting to see the many historical and important buildings throughout the old city. I particularly remember St Peter’s Basilica having a ‘wow’ effect on me – the size, detail and beauty of the sculptures and paintings left a deep impression on me in terms of the amount of effort that must have been put into the artworks. The gatherings with the Prelate of Opus Dei during this week were also a highlight – the atmosphere was very warm and jovial.

The next week we went driving across the north of Spain which introduced us to Spanish food (Longaniza is the best!) and culture. The stay in Torreciudad was very nice as it allowed us to wind down somewhat and enjoy the picturesque views of the hills, lake and shrine in that area. We wrapped up the trip with a detour via Rome on the way back to Sydney for the canonisations of John XXIII and John Paul II. Standing up for 10 hours so I could pack into St Peter’s Square with millions of other people to recognise the sanctity of two great men was a moment that will stick with me for many years to come.

Ultimately I had one of the best experiences of my life and can’t wait to get back to those places some day in the future.