Be ready to go against the current, Prelate tells young British Catholics

This requires firm convictions and a good knowledge of one’s faith. 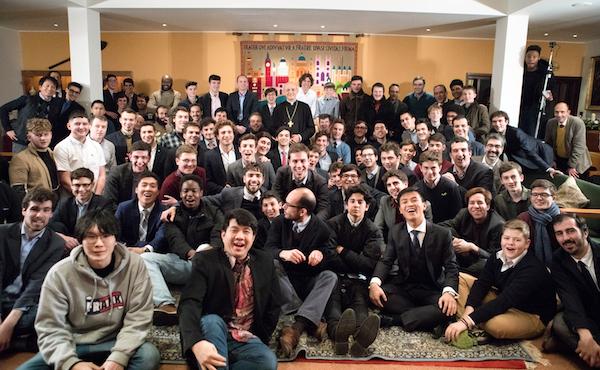 The Prelate of Opus Dei, with some young people in London

In another intense day in London, Monsignor Fernando Ocariz, the Prelate of Opus Dei, met many people as part of his pastoral visit to Britain.

The visit, which began on Thursday and ends tomorrow (Sunday), has brought him into contact with numerous members of the Prelature and even more who take part in its apostolic activities in Britain.

A morning meeting with Opus Dei directors touched on numerous issues, including helping the retired feel useful and dealing with the pace of London life.

In the course of two encounters with groups of young people the Father seemed particularly relaxed.

He encouraged the youngsters to ask themselves “Who is Jesus Christ for me?” and then “Who am I for Jesus Christ?”

The Father also insisted on the greatness and value of friendship at a time when it could seem ever more difficult to make deep friends. He said that people can be covered by a “crust of individualism” which we have to break. Some are on the defensive and resist forming friendships. By showing genuine interest in them, we come close to them both through our love and prayer for them. 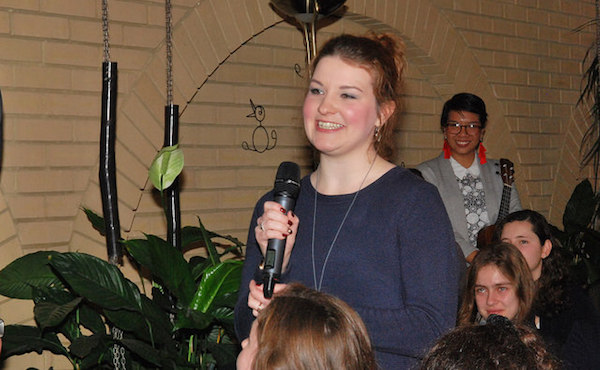 Referring to a young man who has an aggressive form of cancer, he spoke about the mystery of suffering. It is only by looking at the Cross of Christ who gave his life for each one of us, he said, that we can start making some sense of it. Suffering has no human explanation. The question is not so much “why is there suffering?” but “why did Christ suffer so much for us?” Suffering can even be a sign of God's love for and trust in us, and we should not view it as a curse or punishment.

Answering a question about how to discern one’s vocation, the Father replied that it is not just a matter of asking for light but also asking for the strength to want that vocation, because at times what is lacking is the desire to live it out.

He called on his young listeners to be ready to go against the current. But for this, he said, one needs firm convictions and therefore good knowledge of our faith. Authentic faith always seeks to know and understand better, for example studying what we believe by the Incarnation of Christ. One must then seek to transmit the faith to others but this also requires seeking to grow in the human and supernatural virtues, having sufficient personality not to be influenced by the environment.

“We don't truly know the truth until the truth takes on life in us. The truth must reach our head, heart and will.”

He quoted the idea that we don't truly know the truth until the truth takes on life in us. The truth must reach our head, heart and will.

He also had meetings with married people, both in Ashwell House and Netherhall in which he answered questions ranging from loving and valuing people from other countries to supporting Catholic teachers. He encouraged everyone to deepen their Eucharistic piety, to have many friends of all faiths and none, and to treasure their own vocation. And in every meeting he encouraged those attending to pray a lot for Pope Francis. 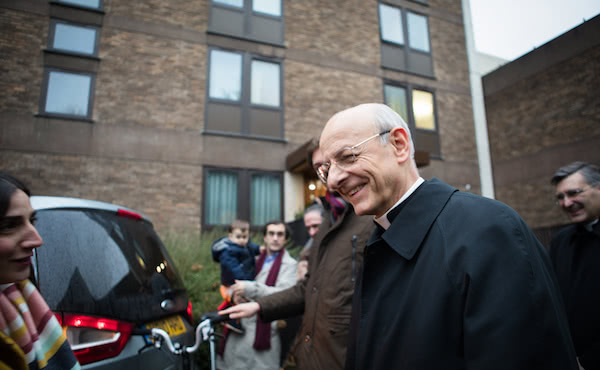 In the midst of a packed schedule, the Father also found time to visit Lakefield Hospitality College and the parish of St Thomas More in Swiss Cottage which is looked after by priests of Opus Dei.

For a summary of the Prelates first day in London see: