A Year with Pope Francis

On the first anniversary of the election of Pope Francis, four young Sydneysiders reflect on their personal experiences of the Holy Father. 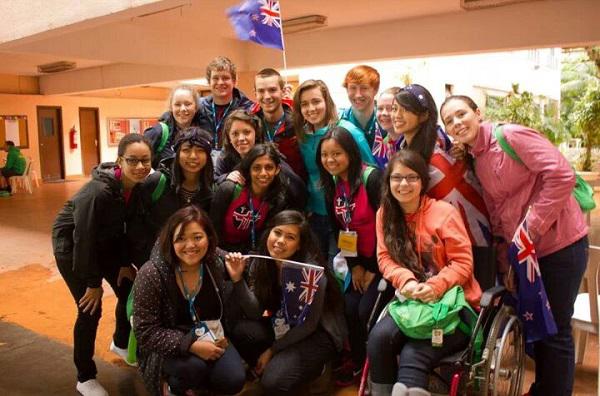 What are your initial observations about Pope Francis?

There has been a lot of intrigue around Pope Francis even after more than a year of being elected. There seems to be a fascination that pulls people both within and outside the Church towards him .

So what is it that draws people towards this Pope?

His humility and also his interesting character and personality are evident. There has been mention that as a youth he was a night club bouncer and a tango dancer which seem to build upon his charm.

I guess that it is mostly Pope Francis’ openness and cheerfulness that have made an impact on many of my friends. Many say that he brings a new approach to the Church. Some have likened it to a spark of enthusiasm that cheers up a room. Whatever it is, it is known that great holy men and women have an unavoidable attractiveness to them.

Paula Ahillon experienced the ‘Francis effect’ up close and personal during her travels to Brazil. The young journalism student felt strengthened by his witness to remind the world of the dignity and worth of each and every human being.

How has Pope Francis had an impact on you?

There are two things that come to mind when I think of the impact of Pope Francis - him as the “light of the world” and “the salt of the earth” this is particularly inspiring as a Christian journalist in the midst of a modern culture which is occupied by much moral relativism.

Tell us one message you took from World Youth Day:

The Pope said many things to us, and he especially reminded us of the urgency for humanity to rediscover their dignity. That whoever we are, or whatever our state in life, we are a manifestation of Christ. He told us that our faith is our greatest weapon and our charity is what will inspire others. 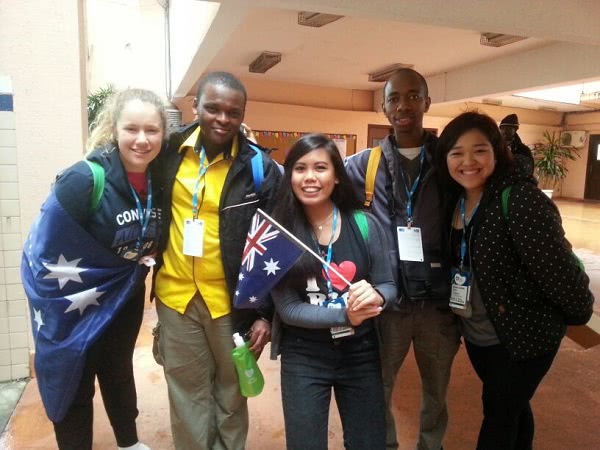 David Gereis, an history honours student, was particularly encouraged by the Pope’s grassroots call to action when evangelising with friends and colleagues.

How has this papacy impacted you?

After reading, Evangelii Gaudium, I felt Pope Francis wanted to stress to all Catholics to get out and evangelise; to share the zeal for Christ with our friends and workmates, as well as to those who we do not know. He wants us to meet each person where they are at when discussing our faith, and be patient with those who object to our values.

How has Pope Francis inspired you?

The Pope is a man-of-action, he wants us to get back-to-basics and reflect on the poverty of the world, whether that is spiritual or material, and to do something about it. He has shown many examples of this, particularly when he washed the feet of prisoners at the Juvenile Detention Centre in Rome on Holy Thursday 2013.

Reflecting on the Pope’s leadership by service, Stacey D’Silva, a Commerce student at Macquarie University and World Youth Day 2013 pilgrim.

What do you make of the current papacy?

Pope Francis is a great leader. Why? Because he leads by example. The simple humble acts of love he does and the love he has for God, never ceases to amaze. Through encountering him at WYD, I learnt a lot about him, which inspired me to be aim to be a more humble and devout Catholic.

Did you discover anything about Pope Francis whilst in Brazil?

He is a great evangelist, really able to talk to the youth in a way they can understand. His homilies are very insightful and he really gets the message across about loving your neighbours and wanting to help them. He is a great Pope! Viva el Papa!