A Dream Wedding… That Ended At McDonald’s

This story of a wedding begins in Puebla, Mexico, where Rocio Rondero, a 27-year-old Mexican woman, met René, who had come from Gijon in northwestern Spain to work in Mexico. 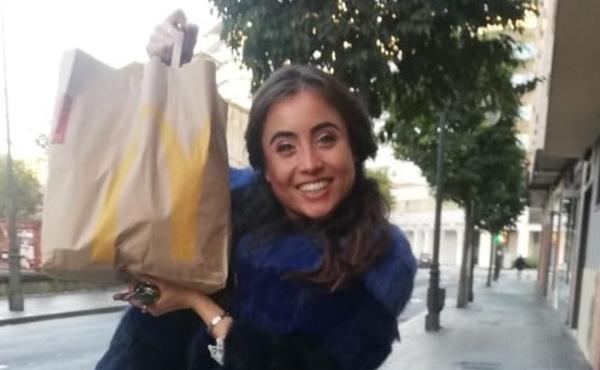 It was love at first sight. They connected immediately. First as friends, and soon as an engaged couple. Right after they first met, René told Rocio that, if one day they were to marry, he would like their wedding to be in the shrine of Covadonga, before the famous image of Our Lady. Rocio agreed without giving it too much importance, since they had just met and she knew that René, although he grew up near Covadonga, wasn’t a believer.

“My father is a Cooperator of Opus Dei,” says Rocio, “and together with my mother they have always tried to raise my sister and myself in the Catholic faith; but Rene’s family are not practicing Catholics, although they had him baptized when he was a child.” 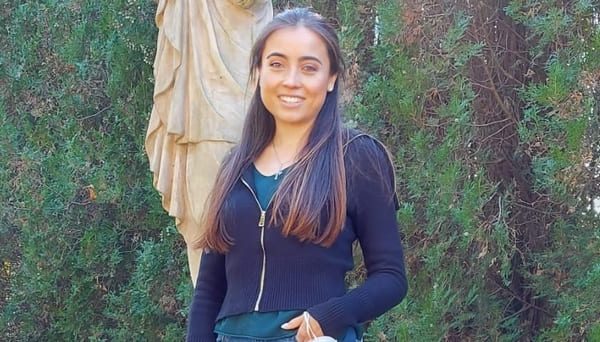 Despite the religious differences, their wonderful relationship continued strengthening and they began talking seriously about the future life they would share together. “I kept explaining to René what forming a Christian family open to life meant, and about raising our children in the faith. René listened intently, and one day he told me that he wanted to start receiving classes about the faith. Shortly afterwards, he made his First Communion and received the sacrament of Confirmation. I was his sponsor. I had spent a long time praying to Our Lady that he would come closer to God.”

All this increased their joy, and little by little their relationship deepened into the firm determination to spend their life together. Both families got to know one another and arrangements began for the future wedding.

It seemed that everything was going smoothly, but soon a problem arose. Although René wanted to live in Mexico eventually, he had to go back to Spain for a while to help get his business underway. “For me, that would mean leaving everything behind—my family, work, friends—and going to live in a city I knew almost nothing about. Time was growing short, and I asked God for light in my prayer. After some time, René asked me what decision I had made, and my reply was yes. I was ready for the adventure.”

From Puebla to Gijon

“She told me that she didn’t, but a young man nearby, when he heard the conversation came over and told me that his wife was a supernumerary of Opus Dei, and that if I wanted, he could introduce me to her. I thanked him warmly and a few days later I went to Naraval, one of the centers of the Work in Gijon.” 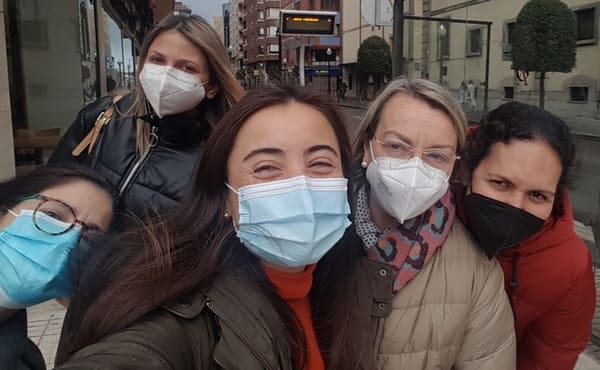 Rocio began to attend the means of formation at Naraval, and became friends with some of the other young women there. At the same time, final preparations for her wedding with René were underway. But it was now March 2020, when the lockdown that eventually lasted for three months started in Spain.

“We had to call a halt to all the wedding plans. When the lockdown ended, we started planning for it again, but every time it seemed we were making headway, other difficulties arose, since the pandemic had not ended and the protective measures required were still quite restrictive. One day that summer we went to visit Our Lady in the shrine of Covadonga, and there we asked her to solve everything so that we could celebrate our wedding. I had complete trust in my Mother Mary, but the truth is that at times I was overwhelmed by all the obstacles.”

She spoke often with her family, who of course wanted to come to Spain for the marriage. The dates kept changing and nerves were on edge.

“One afternoon I talked with my parents, and they told me that the most important thing was to receive the sacrament of Matrimony, even if they couldn’t be there with us. This support was vital to our decision to hold it as soon as possible. But it would be a very simple wedding with only a few guests.”

But another serious obstacle quickly arose. All church gatherings were suspended, including all the marriage preparation courses. But thanks to special permission obtained through the help of a priest at Naraval, a course for just the two of them was able to be organized.

They also began searching for a parish or chapel where they could celebrate their wedding, but without forgetting their old dream of being married in Covadonga. “To get married there, we needed a special certificate from the Abbot to allow it. Finally we managed to obtain his permission, and began planning to celebrate our wedding in the little chapel in the grotto, where the replica of the original image of Our Lady is kept.”

The date chosen for it was November 28, the day on which they had first met. Rocio bought a wedding dress on the internet, and her new friends from Naraval provided all the rest that was needed. Only seven people attended the wedding including the celebrant, who was the priest of Naraval. 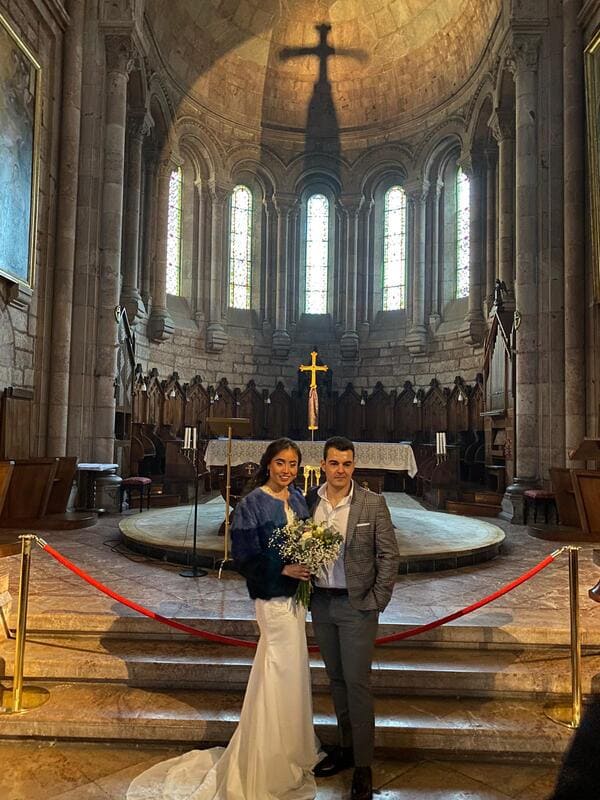 “Everyone was quite moved. At the end I placed my bouquet at the feet of Our Lady, with my heart filled with joy as I gave her thanks for making our sacrament a reality. Since all the hotels and cafes were still closed because of the pandemic, we couldn’t go anywhere to celebrate. So we said good-bye to our few guests and on the way home passed by a McDonald’s that was open. We got out of the car and bought some hamburgers and drinks that we took home with us.”

Rocio’s family, although sad at being thousands of miles away, was deeply united to the new couple, “My parents back in Puebla calculated the time of the ceremony and got up early that day to be able to pray beginning three hours before our wedding began. They wanted to be close to us with their prayer at that very important time our lives. Later, we spoke via a video call. It was very moving! 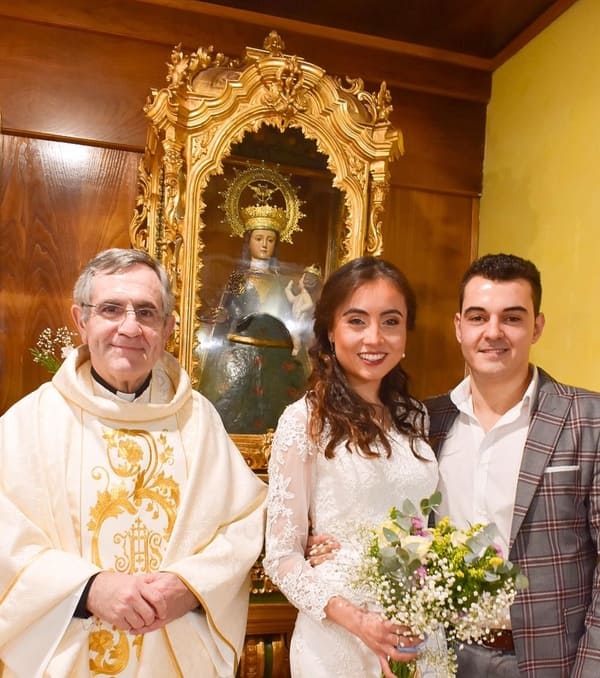 Some months have gone by since their wedding, and René and Rocio are now back in Puebla again. They will never forget their wedding that ended in McDonald’s, and the human and spiritual support they received from the people of Opus Dei in Gijon. “I have left a part of my heart at the feet of Our Lady of Covadonga, and I have learned to have more faith in prayer. Everything happens for a reason. God loves us and has a divine plan for each of us. He never leaves our side. even if the path takes a thousand unexpected turns.”