I Have Called You Friends (II): To Light Up the Earth

The "new commandment" that Jesus entrusted to us at the end of his life teaches us that true friendship is also authentic apostolate. 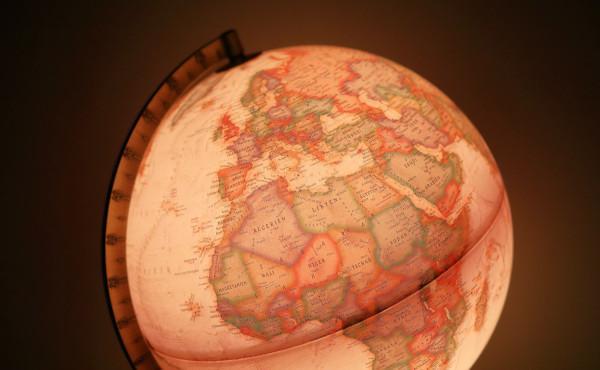 The source of the world’s great rivers is usually a small spring located high in the mountains. As the rivulet rushes downhill it is fed by other tributaries and streams until it becomes a broad river flowing towards the sea.

In a similar way, a spontaneous affection or common interest can be the source that gives rise to a new friendship. This strengthening relationship is fed by streams that nourish it: time spent together, confiding in one another, mutual advice, conversations, laughter… Just as the flowing river makes the fields fertile and creates beautiful ponds and lakes, friendship makes life beautiful and fills it with light; it “multiplies our joys and offers comfort in our sorrows.”[1] Moreover, in a Christian, friendship is enriched with the “living water” of Christ’s grace (cf. Jn 4:10). This force gives the current a new impetus; it transforms human affection into charity. Then, at the end of its path, the river flows into the vast sea of God’s love for us.

An enormous coefficient of expansion

In the first pages of the Bible, in the account of man’s creation, we read that man was formed in God’s “image and likeness” (cf. Gen 1:26). This divine “model” is always present in the depths of the human; if we purify our sight we can glimpse aspects of God in each man and woman. Because of this great dignity, every person we encounter on our path in life is worthy of being loved: those we meet at work, at school, when playing sports or when walking along the street… But we will be able to establish a relationship of friendship only with a small number of them. We realize that we can’t, in practice, have an unlimited number of friends, among other reasons because our time is limited. But our heart, with God’s help, can always remain open, offering its friendship to as many people as possible, showing every consideration for all men (Tit 3:2).

The effort “not to exclude anyone,” to be “intentionally open, with a big heart, to every person”[2] certainly will cause us to suffer. Saint Josemaria’s mother, for example, on seeing how her son gave himself unstintingly to those around him, warned him: “You are going to suffer a lot in life, because you put your whole heart into everything you do.”[3] Opening our heart in friendship comes with a cost, but we have all experienced that it is a sure path to happiness. Moreover, we can grow continuously in our capacity to love ever more friends. Saint Josemaria’s heart, as the number of people in Opus Dei increased, gave rise to this concern: will I be able to love all those who come to the Work with the same affection I felt for the first ones? It was a concern that divine grace resolved, as he felt God continuously expanding his heart, so much so that he exclaimed: “The human heart is endowed with an enormous coefficient of expansion. When it loves, it opens out in a crescendo of affection that overcomes all barriers.”[4]

By this they will know you…

The book of Genesis reveals God’s love for us in creating us in his image. But with the incarnation of his Son, we see a much more moving proof of this love. Jesus’ apostles lived alongside Him for three years, finding in Him their best friend. They called Him Rabbi, which means “teacher,” since besides being his friends, they realized they were his disciples. Before suffering, our Lord wanted them to know that He loved them with a love stronger than death, that He loved them to the end (Jn 13:1). This “secret” of the radical nature of his friendship is one of the intimate truths that Christ confided to them at the Last Supper. There He also revealed his desire that this truth be perpetuated down through the centuries for all Christians by the proclamation of a new commandment: that you love one another, even as I have loved you (Jn 13:34). And Jesus insisted: By this all men will know that you are my disciples (Jn 13:35). My friends will be recognized by how they love others.

An event in Opus Dei’s history is closely tied to this new commandment. At the end of the Spanish civil war, when Saint Josemaria returned to Madrid he went directly to no. 16 Ferraz Street, where the new DYA residence had been opened just days before the war broke out. Now, almost three years later, he found everything destroyed by the bombing and sacking. The building was in ruins. Amid the rubble, covered in dust, he came upon a plaque he had placed on a wall in the library. In the form of a parchment, it contained the words of Jesus’ new commandment written in Latin: mandatum novum do vobis… Saint Josemaria had put it there as a reminder of the atmosphere he wanted for the centers of Opus Dei: “places where many people find a sincere love and learn to be true friends.”[5] With the destructive war now over, and needing to start again almost from scratch, one of the key foundations for rebuilding would be Christ’s new commandment of love.

It is easier then to climb

The model for the new law is Jesus’ love: as I have loved you (Jn 13:34). But what was his love like? What are its characteristics? Christ’s love for his apostles, as He himself said, is a love like that found between friends. They have been witnesses to and recipients of the intensity of this love. They saw how Jesus cared for those alongside Him, how He shared in their joys (cf. Lk 10:21) and also in their sufferings (cf. Jn 11:35). He always had time for those who needed Him: for the Samaritan woman (cf. Jn 4:6), for the woman with a hemorrhage (cf. Mk 5:32), and even for the good thief hanging beside him on the Cross (cf. Lk 23:43). Jesus’ affection was shown by a concern for people’s specific needs: for the food needed by those who were following Him (cf. Lk 9:13), and also for their rest (cf. Mk 6:31). As Pope Francis reminds us, Jesus had a true “friendship with his disciples, and even in moments of crisis He remained faithful to them.”[6]

Friendship is both a balm for our life and a gift that God gives us. It is not merely a fleeting sentiment but rather a true love that is “stable, firm and faithful, and matures with the passage of time.”[7] Some people even view it as the highest expression of love since it enables us to value the other person for his or her own sake. Friendship means “seeing the other person not as someone to make use of but as someone to serve.”[8] This is its marvelous freedom. We can understand then why a lack of self-interest is intrinsic to friendship, since the intention of the one who loves is not to seek any benefit for oneself or a possible “boomerang” effect.

To discover this reality in all its true depth is always a surprise, since it seems to clash with the view of life as competition that is quite widespread today. Hence friendship is often experienced as an unmerited gift; with friends the problems of life seem easier to bear. As a kikuyu proverb that Blessed Alvaro del Portillo liked a lot says: “When a friend is waiting for us on the top of the mountain, it is easier to climb it.”[9]

Friends are absolutely necessary for a happy life. Certainly, a fulfilled life is possible without married love (as happens, for example, with those who have received the gift of celibacy). But one cannot be happy without experiencing the love of friendship. How much consolation and joy we find in a good friendship! How greatly our sorrows are lightened!

My friends for Jesus

By coming to know the life of Jesus and growing in intimacy with Him we can learn the features of a perfect friendship. We saw above that Christian friendship is special since it draws nourishment from a divine torrent, God’s grace, and thus acquires a new “christological dimension.” This new focus spurs us to see and love all men and women—especially those closest to us—“through Christ, with Him and in Him,” as the priest says at Mass when raising up Jesus in the Eucharistic Bread. We learn “to see others through Christ’s eyes, always rediscovering their value.”[10] Saint Josemaria urged us to be Christ passing by for the people around us, to give others the same love of friendship as Christ’s. Hence we want to nourish in our prayer this human and supernatural eagerness to always be seeking new friends, since “God often makes use of an authentic friendship to carry out his saving work.”[11]

Jesus’ friendship with Peter, with John and with all his disciples is expressed in his ardent desire that they may live close to the Father; his friendship is united to his eagerness that they discover the mission they have been called to. Likewise, in the midst of the tasks that our Lord has entrusted to each of us, “It is not a question of having friends in order to do apostolate, but of making sure that the Love of God fills our friendship so that it is genuine apostolate.”[12] Saint Josemaria said that in our spiritual life there should come a time when we can’t distinguish prayer and work, because we live constantly in God’s presence. Something similar happens with friendship, since in desiring the good of our friend we want that person to be as close as possible to God, the sure source of joy. Hence “there are no shared moments that are not apostolic: everything is friendship and everything is apostolate, without being able to distinguish them.”[13]

The heart of a saint always has room for a new friend. In books about their lives we see their sincere interest in others’ problems, in their sorrows and joys. Blessed Alvaro tried to foster this attitude right to the end of his life; he wanted to bring Christ’s friendship to everyone around him. A day after his death, just after his final trip on earth, “they found on his night table the visiting card of one of the pilots of the plane that had brought him back from the Holy Land to Rome. He had spoken with him and asked about his family, while waiting in the Tel Aviv airport. The relationship was brief but quite strong; the pilot went to pray before the mortal remains of Don Alvaro as soon as he heard about his death.”[14] That brief encounter led to a friendship that continued between heaven and earth.

A Christian has a great love—a gift—to share. Our relationships with others give Christ the chance to offer his friendship to new friends. “Lighting up the pathways of the earth”[15] involves spreading throughout the world the precious reality of the love of friendship. If we are thinking only about our own interests, if we are in too much of a hurry and are satisfied with a superficial relationship with people, we can endanger this gift that God wants us to share with everyone. A large part of our evangelizing mission is to restore to friendship its authentic value, its relationship with God, with the desire to improve… In the end, with happiness.

[15] From the prayer for Saint Josemaria’s intercession.