Commentary on the Gospel: The Tax Collector and the Pharisee

Gospel for the 30th Sunday in Ordinary Time (Cycle C), and commentary 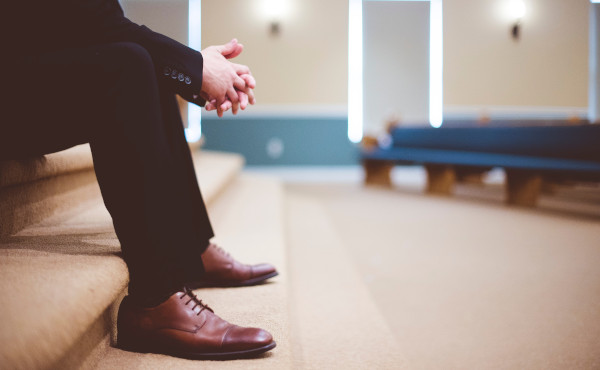 Jesus also told this parable to some who trusted in themselves that they were righteous and despised others:

“Two men went up into the temple to pray, one a Pharisee and the other a tax collector. The Pharisee stood and prayed thus with himself, ‘God, I thank thee that I am not like other men, extortioners, unjust, adulterers, or even like this tax collector. I fast twice a week, I give tithes of all that I get.’ But the tax collector, standing far off, would not even lift up his eyes to heaven, but beat his breast, saying, ‘God, be merciful to me a sinner!’ I tell you, this man went down to his house justified rather than the other; for every one who exalts himself will be humbled, but he who humbles himself will be exalted.”

With this parable about the Pharisee and tax collector who go up to the temple to pray, Jesus once again shows us the importance of humility, an indispensable virtue for drawing close to God. “Humility is the foundation of prayer. Only when we humbly acknowledge that ‘we do not know how to pray as we ought,’ are we ready to receive freely the gift of prayer. ‘Man is a beggar before God’” (Catechism of the Catholic Church, no. 2559).

The contrast between these two figures is striking, above all because in people’s eyes a Pharisee was the model of virtue and wisdom, while being called a tax collector was a synonym for being a sinner (cf. Lk 5:30), since it was seen as disgraceful to work for the gentiles.

Jesus presents the Pharisee as filled with pride and in almost a comic light. The Pharisee stood in front of the tax collector as he prayed, speaking with an exalted tone; he lists all of his merits, including fasting twice a week, going beyond what is prescribed. He constantly compares himself with others, who are seen as inferior to him. The Pharisee thinks he is praying, but in reality he is carrying out an interior monologue, seeking his own satisfaction and closing himself off from God’s action.

In contrast, the tax collector stands far off with downcast eyes, thinking he is unworthy to address his Lord; and he beats his breast, breaking through the hardness of his heart, as it were, and letting God’s forgiveness enter. As Saint Augustine says, “although his conscience distanced him from God, his piety drew him close.”[1]

Jesus’ depiction of the Pharisee’s arrogance is so unattractive that no one would want to be like him. But a more subtle form of arrogance can filter into our behavior and even our way of praying.

Saint John Chrysostom comments on this passage: “To learn how good it is not to imagine that you are something great picture to yourself two chariots. For one, yoke together a team consisting of justice and arrogance; for the other, a team of sin and humility. You will see that the chariot pulled by the team which includes sin outstrips the team which includes justice. Sin does not win the race because of its own power, but because of the strength of its yokemate, humility. The losing team is not beaten because justice is weak, but because of the weight and mass of arrogance. So, humility, by its surpassing loftiness, overcomes the heaviness of sin and is the first to rise up to God. In the same manner, because of its great weight and mass, pride can overcome the lightness of justice and easily drag it down to earth.”[2]

Jesus says that the tax collector “went down to his house justified rather than the other.” The fruit of true piety is “justification,” which in the parable can be translated as “the art of pleasing God.” Rather than feeling we are secure and better than others because of our exact fulfilment of rules, we need to recognize our lowly condition as creatures before God, in need of his mercy and called to love others as God loves them.

We can draw from this parable a sure remedy for arrogance in our life of piety. Our piety will be humble and pleasing to God if it leads us to make frequent acts of contrition and to love our fellow men and women. But it will be arrogant and fruitless if it leads us to a false security because we have fulfilled our resolutions and we fall into frequent critical judgments about others. As Pope Francis said: “It is not enough, therefore, to ask how much we pray; we have to ask ourselves how we pray, or better, in what state our heart is: it is important to examine it so as to evaluate our thoughts, our feelings, and root out arrogance and hypocrisy.”[3]

To avoid this sickness of soul, while striving to improve and acquire true self-knowledge, these words of Saint Josemaria can be of help to us: “It is not a lack of humility to be aware of the progress of your soul. Then you can thank God for it. But don’t forget that you are a poor beggar, wearing a good suit… on loan.”[4]