What is the Common Good?

In his recent encyclical Fratelli Tutti, Pope Francis stresses the importance of striving to bring about the "common good." What is the meaning of the "common good," and how can we help further it in the world around us? 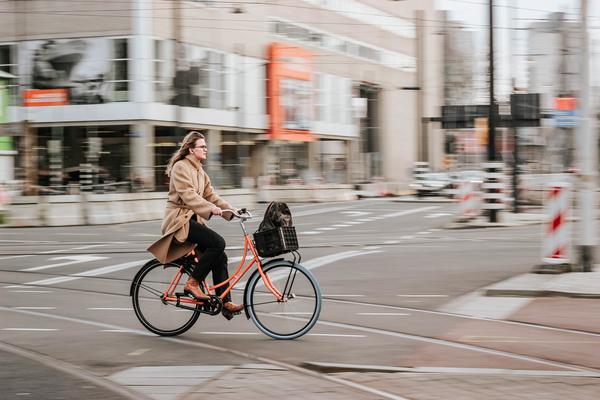 Photo by Micheile Henderson on Unsplash

"Let us look to the example of the Good Samaritan. Jesus’ parable summons us to rediscover our vocation as citizens of our respective nations and of the entire world, builders of a new social bond. This summons is ever new, yet it is grounded in a fundamental law of our being: we are called to direct society to the pursuit of the common good and, with this purpose in mind, to persevere in consolidating its political and social order, its fabric of relations, its human goals." (Fratelli Tutti, no. 66)

1. What is the common good?

2. Who participates in the common good?

3. What role does the political community play?

4. What is the universal destination of goods?

1. What is the common good?

The common good is "the sum total of social conditions which allow people, either as groups or as individuals, to reach their fulfillment more fully and more easily" (Gaudium et Spes, n. 26).

"The principle of the common good, to which every aspect of social life must be related if it is to attain its fullest meaning, stems from the dignity, unity and equality of all people. According to its primary and broadly accepted sense, the common good indicates 'the sum total of social conditions which allow people, either as groups or as individuals, to reach their fulfilment more fully and more easily.'

"The common good does not consist in the simple sum of the particular goods of each subject of a social entity. Belonging to everyone and to each person, it is and remains 'common,' because it is indivisible and because only together is it possible to attain it, increase it and safeguard its effectiveness, with regard also to the future. Just as the moral actions of an individual are accomplished in doing what is good, so too the actions of a society attain their full stature when they bring about the common good. The common good, in fact, can be understood as the social and community dimension of the moral good" (Compendium of the Social Doctrine of the Church, 164).

"The common good is always oriented towards the progress of persons: 'The order of things must be subordinate to the order of persons, and not the other way around.' This order is founded on truth, built up in justice, and animated by love" (Catechism of the Catholic Church, 1912).

2. Who participates in the common good?

"'Participation' is the voluntary and generous engagement of a person in social interchange. It is necessary that all participate, each according to his position and role, in promoting the common good. This obligation is inherent in the dignity of the human person.


"Participation is achieved first of all by taking charge of the areas for which one assumes personal responsibility: by the care taken for the education of his family, by conscientious work, and so forth, man participates in the good of others and of society.

"As far as possible citizens should take an active part in public life. The manner of this participation may vary from one country or culture to another. 'One must pay tribute to those nations whose systems permit the largest possible number of the citizens to take part in public life in a climate of genuine freedom'" (Catechism of the Catholic Church, 1913-1915).

The human person cannot find fulfilment in himself, that is, apart from the fact that he exists “with” others and “for” others. This truth does not simply require that he live with others at various levels of social life, but that he seek unceasingly — in actual practice and not merely at the level of ideas — the good, that is, the meaning and truth, found in existing forms of social life. No expression of social life — from the family to intermediate social groups, associations, enterprises of an economic nature, cities, regions, States, up to the community of peoples and nations — can escape the issue of its own common good, in that this is a constitutive element of its significance and the authentic reason for its very existence" (Compendium of the Social Doctrine of the Church, 165).

3. What role does the political community play?

"The responsibility for attaining the common good, besides falling to individual persons, belongs also to the State, since the common good is the reason that the political authority exists. The individual person, the family or intermediate groups are not able to achieve their full development by themselves for living a truly human life. Hence the necessity of political institutions, the purpose of which is to make available to persons the necessary material, cultural, moral and spiritual goods" (Compendium of the Social Doctrine of the Church, 168).

"To ensure the common good, the government of each country has the specific duty to harmonize the different sectoral interests with the requirements of justice. The proper reconciling of the particular goods of groups and those of individuals is, in fact, one of the most delicate tasks of public authority" (Compendium of the Social Doctrine of the Church, 169).

"The common good requires prudence on the part of each, and even more so on the part of those who exercise authority. It involves three essential elements:

Authority is legitimately exercised if it is applied to the pursuit of the common good of society. To achieve this, it must employ morally acceptable means.

4. What is the universal destination of goods?

"Among the numerous implications of the common good, immediate significance is taken on by the principle of the universal destination of goods: 'God destined the earth and all it contains for all men and all peoples so that all created things would be shared fairly by all mankind under the guidance of justice tempered by charity.' God gave the earth to the whole human race for the sustenance of all its members, without excluding or favouring anyone.

"This is the foundation of the universal destination of the earth's goods. The earth, by reason of its fruitfulness and its capacity to satisfy human needs, is God's first gift for the sustenance of human life" (Compendium of the Social Doctrine of the Church, 171).

"The universal right to use the goods of the earth is based on the principle of the universal destination of goods. Each person must have access to the level of well-being necessary for his full development" (Compendium of the Social Doctrine of the Church, 172).

"The principle of the universal destination of goods is an invitation to develop an economic vision inspired by moral values that permit people not to lose sight of the origin or purpose of these goods, so as to bring about a world of fairness and solidarity, in which the creation of wealth can take on a positive function. Wealth, in effect, presents this possibility in the many different forms in which it can find expression as the result of a process of production that works with the available technological and economic resources, both natural and derived. This result is guided by resourcefulness, planning and labour, and used as a means for promoting the well-being of all men and all peoples and for preventing their exclusion and exploitation" (Compendium of the Social Doctrine of the Church, 174).