Prudence is the virtue that enables us to discern what our true good is in all circumstances and to choose the means to achieve it. 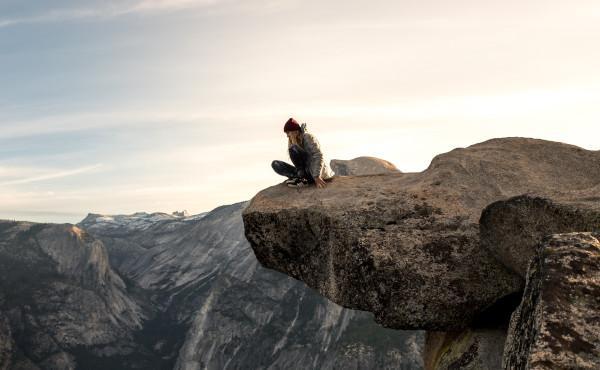 Prudence is the virtue that enables us to discern what our true good is in all circumstances and to choose the means to achieve it.[1] Therefore, acts of prudence include both a judgment on the most appropriate ways of achieving a particular good and the command to carry out those acts. Prudence is based on the memory of the past, the knowledge of the present and, as far as possible, foreseeing the consequences of our decisions. It indicates the right measure of the other virtues, between excess and defect; between exaggeration and deficiency or mediocrity.

Prudence is related to the intellect; moreover, as the philosophical tradition teaches, it lies in practical reason, that is, in reason insofar as it is oriented and turned towards praxis, towards action. But it also presupposes the desire and love for the good. This is what distinguishes prudence from cunning, and also from that prudence of the flesh of which Saint Paul speaks (cf. Rom 8:6): namely that “of those who are intelligent but try not to use their intelligence to seek and love Our Lord. A truly prudent person is ever attentive to God’s promptings, and, through this vigilant listening, he receives in his soul the promise and reality of salvation.”[2]

In Sacred Scripture, prudence appears, first of all, as a property of God: “I, wisdom, dwell in prudence, and I find knowledge and discretion. The fear of the Lord is hatred of evil. Pride and arrogance and the way of evil and perverted speech I hate. I have counsel and sound wisdom, I have insight, I have strength” (Prov 8:12-14). Job exclaims: “With God are wisdom and might; he has counsel and understanding” (Job 12: 13). Consequently, it is God who grants us prudence. It is, above all, a gift from God, a grace: “For the Lord gives wisdom; from his mouth come knowledge and understanding” (Prov 2:6)].[3]

To achieve wisdom, first of all, prayer and meditation on the Word of God are necessary: “Therefore I prayed, and understanding was given me; I called upon God, and the spirit of wisdom came to me” (Wis 7:7). “But I perceived that I would not possess wisdom unless God gave her to me—and it was a mark of insight to know whose gift she was—so I appealed to the Lord and besought him” (Wis 8:21).[4]

In Christ, the Wisdom of God made flesh, we find perfect prudence and perfect freedom. With his works he teaches us that prudence requires that we turn our life into a service to others, both friends and enemies, out of love for the Father. With his death on the Cross, he shows us that true prudence even leads to the laying down of one’s own life, in obedience to the Father, for the salvation of mankind. This prudence of Christ may seem exaggerated and reckless to human eyes. When he tells his disciples that he must go to Jerusalem, to suffer and die, “Peter began to rebuke him, saying, ‘God forbid, Lord! This shall never happen to you.’ But he turned and said to Peter, ‘Get behind me, Satan! You are a hindrance to me; for you are not on the side of God, but of men.” (Mt 16:22-23).[5]

The measure of this “new prudence” is given by a love without measure for the Kingdom of God, an absolute value that makes everything else relative: “But seek first his kingdom and his righteousness, and all these things shall be yours as well” (Mt 6:33). For the Kingdom it is worth giving everything (cf. Mt 13: 44-46), even life itself, because, according to divine logic, whoever finds his life loses it, and whoever loses it finds it (cf. Mt 10:39). Consequently, many approaches to life that may seem prudent to human eyes are actually foolish, like that of a person who accumulates wealth but forgets his soul (cf. Lk 12:16-20), or that of the young man who does not want to follow Christ because he has many goods (cf. Lk 18:18-23), or that of the servant who guards his talent instead of making it bear fruit for the Lord (cf. Mt 25:24-28). These are imprudent behaviours rooted in a lack of freedom, in voluntary slavery with respect to material goods or to one’s own comfort.[6]

The three acts of prudence: counsel, judgment and command

In prudence there are three acts: counsel, practical judgment, and command;[7] the first two are cognitive and the third is imperative. “To be prudent the first step is to acknowledge our own limitations. This is the virtue of humility. Through it, we admit that in certain matters we cannot cover everything, that in so many cases we cannot take in all the circumstances that have to be borne in mind in order to make a fair judgement. So, we look for advice; but not from just anyone. We go to a person with the right qualities... Next we have to judge, because as a rule, prudence demands that we come to a suitable decision, and promptly. Though at times it is prudent to delay a decision until all the factors that should influence our judgement have been brought together, on other occasions it would be very imprudent not to begin to carry out immediately what we see needs to be done. This is especially true when the good of others is at stake.”[8]

To be prudent, it is not enough to deliberate, take good advice and judge correctly what should be done. What has been seen to be the right course of action must be put into practice. Not doing so, leaving it undone, would be unwise. This act, which consists in putting into practice what should be done, is the act proper to the virtue of prudence,[9] which is why prudence can be defined as “the virtue of the imperative, commanding act of the action-determining reason…”[10] It is precisely here that the intimate relationship between prudence and freedom can best be appreciated. To put into practice what has been decided, we need to not allow ourselves to be gripped by fear, laziness, or by any of the traps that, ultimately, selfishness or pride lay for us. While it may be helpful to know how to wait in order to take advice and to decide, once a decision has been made it should be put into effect quickly and diligently. Here the word “diligence” (from the Latin, diligo, to love) implies more than what its use in daily language implies. It is about acting quickly out of love for the good.

Saint Josemaría constantly taught two attitudes in relation to prudence. On the one hand, the flexibility to know how to adapt to every situation, without being tied to the rigidity of a “sterile casuistry,”[11] which basically comes from pride or from an exacerbated fear of being wrong. And on the other, the willingness to rectify: “A person is prudent not because he never makes a mistake, but because he corrects his errors.”[12] “There are things you do well, and things you do badly. Fill yourself with joy and with hope on account of the former; and face up to the latter—without losing heart — to put things right; and they will work out.”[13]

Prudence is not only a virtue that individuals should possess; it can also be found in organizations. For example, Saint Josemaría established that the structure and organization of the government of Opus Dei at its various levels should be collegial, based on the responsibility of those who form these organizations and on mutual trust. In this regard he wrote: “Decisions of governance taken lightly or by someone on his own are always, or nearly always, influenced by a one-sided view of the problems. However good your training or talents might be, you must listen to those who share with you that task of direction.”[14]

Anyone who belongs to any of the various governing bodies must fully assume their own responsibility and freely express their views, without hiding behind anonymity: “A fundamental rule for good management is to give responsibility to others without this becoming for you a way of seeking anonymity or comfort. I repeat, delegate responsibility and ask each person to give an account of how his job is going, so that you can ‘render an account’ to God; and to souls, if necessary.”[15]

Prudence and trust in God: daring

We have already seen the human part of the virtue of prudence. It should be added that, when we are faced with a difficult task, even one that is apparently unattainable, we must also try and discover what the Will of God is. This means acting with total faith and trust in divine help. Saint Josemaría was convinced that, if God asked something of him, even though it might seem imprudent in human terms, he had to launch out into action, because God would provide the means.

This is how he lived. And this is how he taught others to live. And this is what he wrote regarding both apostolic works and the spiritual life: “In your apostolic undertakings you are right—it’s your duty—to consider what means the world can offer you (2+2=4), but don’t forget—ever!—that, fortunately, your calculations must include another term: God+2+2...”[16] “Forget that despair produced by the realization of your weakness. True: financially you are a zero, in social standing another zero, and another in virtues, and another in talent. But to the left of these noughts, stands Christ. And what an incalculable figure we get!”[17]

So it shouldn’t surprise us that he linked prudence with an attitude that may seem contradictory: daring. He did so frequently, uniting them—in a way that explains the connection between both realities—through trust in God: “God and daring! Daring is not imprudence. Daring is not recklessness.”[18] “Take no notice. Madness has always been the term that ‘prudent’ people apply to God’s works. Forward! With daring!”[19] These experiences of his recorded in The Way are completed with another point in Furrow where daring is presented as the fruit of a strength informed by faith: “Daring is not imprudence, or unreflective bravado, or simple pluck. Daring is fortitude, a cardinal virtue, a requirement of the soul’s life.”[20]