Jorge Gisbert was born in Alcoy, Alicante (Spain) in 1969. He was ordained a priest in 2004. In 2019 he was named Central Vicar Secretary of Opus Dei. 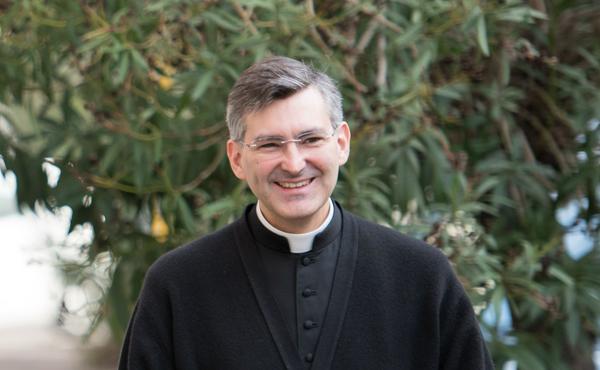 Jorge Gisbert Payá (born in Alcoy, Alicante, 1969) began his university studies in Valencia and obtained a degree in Law at the UIB (Universitat de les Illes Balears). After completing a Theology degree at the Pontifical University of the Holy Cross in Rome, he was ordained a priest in 2004. He continued his studies in Canon Law and obtained a doctorate with a thesis on matrimonial law. In 2017 he was appointed judicial vicar of the Prelature of Opus Dei. In May 2019, he was named Central Vicar Secretary by Monsignor Fernando Ocáriz, Prelate of Opus Dei.