This was the motto that Saint Josemaria set for himself at the beginning of 1972, in the face of many challenges in the Church and the world. An extract from Andrés Vazquez de Prada​​'s biography of the founder of Opus Dei. 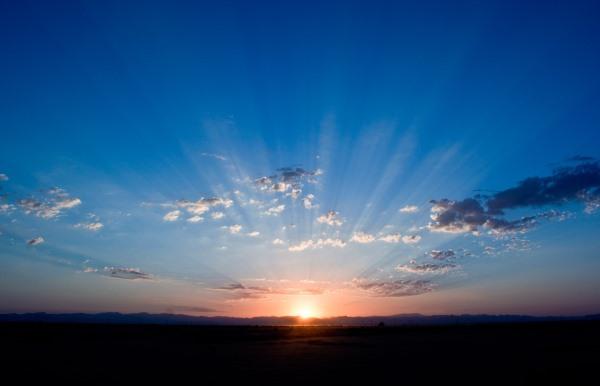 Saint Josemaría always taught that what counts for holiness is the ability to correct ourselves constantly. “You know from personal experience – and you’ve often heard me say so, to forestall any discouragement – that interior life consists of beginning and then beginning again, day after day. You can see in your hearts, as I can in mine, that we need to fight constantly.” The following extract from a biography of Saint Josemaría tells how he set himself this motto for the year 1972:

St. Josemaria began speaking slowly, as if in a soliloquy. He tried to capture in a few words his feelings about that year that was ending. That very day, he had written himself a note on the subject, and now he took it out and read it to them: “This is our destiny on earth: to struggle, for love, until the last moment. Deo gratias – thanks be to God!”

Then he spoke to them of his sorrow and love for the Church, which was going through a long period of tribulation. “We can’t wash our hands of this,” he said. “We have denied ourselves an earthly love in order to save souls. We have a greater duty and a greater right.”

He had cast a quick glance back over that last year, 1971. Not letting discouragement drag him down, he decided to begin again to live a new life – a fresh, clean life dedicated in generous sacrifice to God. It was not that any drastic changes were needed, and it was not really because he was on the threshold of a new year. The fact is, as he told them, life is a continual starting over; one is always having to repair the rips in one’s interior life, make acts of contrition, and throw oneself into God's arms, repentant, like the prodigal son. “Human life is in some way a constant returning to our Father’s house. We return through contrition” (Christ is Passing By, 64).

On that December 31, 1971, he made a general confession and got ready to begin a new life of service to the Church. Thus he transformed the old saying “A new year, a new life” into his motto for 1972: “New year, new struggle!” One year was not much time in which to change the world. But St. Josemaria was not a pessimist. Yes, those twelve months would fly, but a willingness to improve in the interior life would, with the help of grace, make them supernaturally fruitful.

“Time is a treasure that melts away. It escapes from us, slipping through our fingers like water through the mountain rocks. Yesterday is gone, and today is passing by. Tomorrow will soon be another yesterday. Our lives are so very short. But what a great deal can be done for God in this short space of time!” (Friends of God, 52).

He therefore dedicated himself to instilling in the souls of all he came in contact with, and especially, of course, his sons and daughters, the need to grow in love for the Church and make reparation for the many offenses being committed. For, as he explained, “holiness means having defects and fighting against them, but we will still have defects when we die.”

On the first day of 1972, early in the morning, in a get-together with his sons at the Roman College, he read to them the note that he had read the evening before to those on the General Council: “This is our destiny on earth: to struggle, for love, until the last moment. Deo gratias – thanks be to God!” And he alerted them to the need to begin again in the interior battle, reminding them of the words of Holy Scripture, “Is not man’s life on earth just warfare?” (Job 1:7). The sacrament of Confirmation makes Christians soldiers of Christ. “Don’t be ashamed of being soldiers of Christ, people who have to fight!”

“You, my sons, will always struggle, and I too will try to always struggle, to the last moment of my life. If we don’t struggle, that means we’re not doing well. On earth we can never have the comfortable tranquility of those who give themselves over to pleasure because they know the future is secure. The future for all of us is uncertain, in the sense that we could become traitors to our Lord, our vocation, and the faith.”

We have to fight, he told them, to keep ourselves from being enslaved by sin, and like that we will obtain peace. “Peace is a consequence of war, of struggle, of the intimate ascetical struggle which each Christian must keep up against everything in our life that does not belong to God. We are called to overcome pride, sensuality, selfishness, superficiality, and meanness of heart” (Christ is Passing By, 73). While giving a meditation or taking part in a get-together with his children, while giving spiritual advice or just engaging in conversation, the Father reiterated these ideas. He preached about and demanded struggle in the interior life.

At the beginning of 1972, with reference to the fact that on January 9 he would turn seventy, St. Josemaria jokingly insisted that he was about to become a seven-year-old (since the zero doesn’t count). It was a reminder of the perennial spiritual youth of Christians, and of the path of spiritual childhood that he had embarked on years before. And then, with the clear vision that comes from being close to God, he said, “Josemaría: so many years, so many brays.”

For his birthday, the members of the General Council gave him a small white marble bas-relief showing the Good Shepherd with the lost or injured sheep on his shoulders, the sheepdog, the pouch hanging from one shoulder, and the shepherd’s crook. And at his feet was an inscription in Latin, added by Don Alvaro, saying, “January 9, 1972: to our Father, on the seventieth anniversary of his birth. With all affection.”