Auxiliary Vicar of Opus Dei since 2019, Mariano Fazio was born in Buenos Aires on April 25, 1960. He has been rector of the Pontifical University of the Holy Cross and was an invited expert at the Latin American Bishops Conference in Aparecida, Brazil, in 2007. 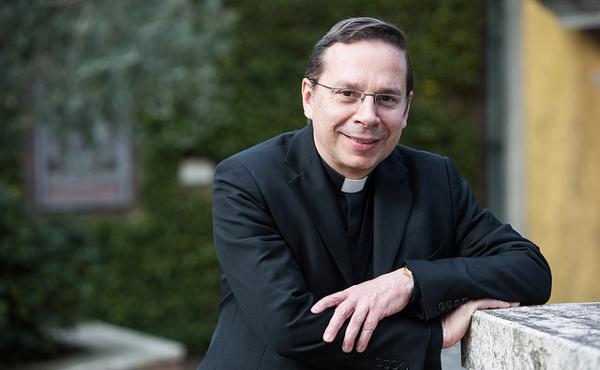 In 1991, he was ordained a priest by Saint John Paul II, after having worked for 7 years in Ecuador as a professor of Philosophy of Law and editorial writer for the newspaper El Telégrafo.

In 2007, he was named an expert for the Fifth General Conference of Bishops of Latin America and the Caribbean, which was held in Aparecida, Brazil. There he had the opportunity to get to know the then Archbishop Jorge Mario Bergoglio.

Several months later, he returned to South America, where he has served as the Vicar of Opus Dei in Argentina, Paraguay and Bolivia. In December 2014 he was named Vicar General of Opus Dei by Bishop Javier Echevarría, the Prelate at that time, and continued in that role under the current Prelate, Monsignor Fernando Ocáriz. As of 14 May 2019, Fazio is the Auxiliary Vicar of the Prelature.

He has wide-ranging cultural and philosophical interests. He is a member of the Chesterton Society in Argentina and the National Academy of History in Ecuador.

One of his recent books, Pope Francis: Keys to His Thought, has been translated into English and is reviewed here.