When she was 19 years old, Mary Altozano met Venerable Guadalupe Ortiz almost by accident. It was an encounter that would impact the rest of her life. Sixty years later, Mary offers us her memories of Guadalupe. 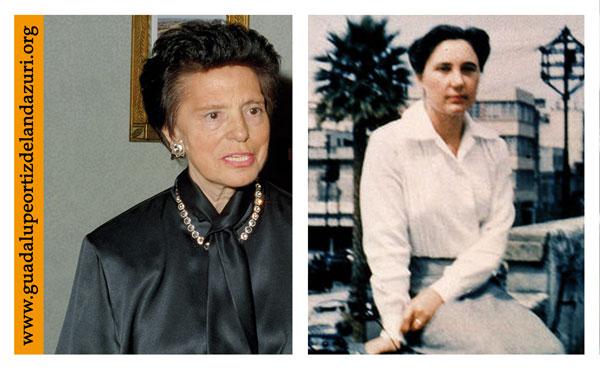 How did you meet Guadalupe?

In 1949, I was 19 years old. I am from Andalusia, but I happened to be passing through Madrid with my parents to visit one of my brothers. One of my sisters was friendly with Guadalupe and she invited me to visit Zubarán, a residence for university students. When we arrived, we entered a room where Guadalupe was about to begin a class. She started speaking about prayer. To this day, I could probably repeat for you everything I heard that day. I was impressed by the strength and conviction with which spoke – you could tell she was drawing from personal experience – as she told us that we could have a one-on-one conversation with God at any moment during the day, that God was our Father and was madly in love with us. She also explained the real Presence of Jesus Christ in the Tabernacle, and that he was waiting for us to tell him about our day. At that point in my life, I already knew these things and was living a Christian life, but I had never been excited about them. So I decided to come back to Zubarán, and I told my two best friends who had tagged along with me that day as well.

Was there anything about Guadalupe that struck you?

Her naturalness. She inspired trust and you could tell that the students who lived at the residence had a great affection for her and knew her well.

But you didn’t actually talk to her that first day…

That’s right, but two or three days later, my sister asked me if I wanted to pay another visit. This time we helped with some things around the house. At the end, Guadalupe came and we talked for a while. She invited me to a retreat that was to take place in a center called Molinoviejo, in Segovia. As I was only in Madrid on holiday, I answered that I usually did a retreat with my parish back home in Andalusia. She pointed out that the dates worked out perfectly with my stay in Madrid, and invited me to come anyway. But I still decided not to go and said good bye, thinking that I would never see her again. In any case, I remember it as a pleasant conversation, and I left happy.

I still remember the day that she explained the Work to me, because she spoke without imposing herself, opening up before my eyes a very attractive panorama.

Did you end up seeing her again?

That same day, while eating lunch at the house where we were staying, the phone rang; it was Guadalupe. She wanted to know what I had decided about the retreat. I told her that I wasn’t going to go, and she said that I might regret it, which is why she was going to call me again a bit later, just in case I wanted to change my mind. When I returned to the table, my brother – who had overheard the conversation – asked me: “But do you want to go? Because of course it’s a pain to have to talk with Mum and Dad, ask for money… everything involved in it, but if you really want to go, don’t worry; I’ll take care of all that.” When I saw how easy it had all become, and since I actually did want to go, I decided not only to go but also to invite two friends. I phoned Guadalupe and told her that there would be three of us.

Was Guadalupe on that retreat?

Yes. From that retreat, what I remember is the atmosphere of silence that gave everyone a chance to really talk with God and listen to Him. But the thing I most remember is the conversation I had with Guadalupe. She explained the message of Opus Dei to me – the idea of holiness in the middle of the world – in a very beautiful way, clear and with details, at the same time making clear the demands. It involved loving Jesus Christ with one’s whole heart, with all one’s strength, in one’s work and at home, making Him known, and striving to sow peace and joy everywhere. And at one point she asked me, “Don’t you think this could be a suitable calling for you?”

She was a very intelligent person, all of one piece, and she had a great desire to bring many people closer to God, which she did in a very natural way.

She spoke to me with a lot of affection and respect for my freedom. I already possessed a desire to do whatever God would ask of me. Her daring did shock me though, and I told her: “Guadalupe, you don’t even know me yet. How can you be suggesting this to me?” Guadalupe answered: “You’re right. I don’t know you, but I know your family well and I know that you have been well-formed at home. Now it’s just a question of generosity.” And she added: “Think about it and do absolutely whatever you want” – she emphasized the importance of acting with complete freedom – “but if you decide yes, then that’s it. It can’t be yes today and no tomorrow. It’s forever.” She explained it to me so well that I understood that, if I decided yes, I was doing so with full awareness of what that meant. Then she told me: “Now we don’t have to talk about this topic anymore.”

I went to the chapel, and when I entered, before the tabernacle, where Jesus is really present, I said yes. I decided that I wanted to say yes to our Lord in that moment, without making Him wait any longer. I’m sure it was a very special grace that led me to decide in such a short time, but it was a completely conscious decision that, thanks to God’s help, I have honored all these years. I went to find Guadalupe to ask her how to ask for admission and she explained that I needed to write a letter to the Founder, saying that I wanted to be in Opus Dei.

I took note of the trust Guadalupe showed me in leaving it up to me to ask for admission because, as soon as the retreat was over, I returned to my village in Jaén, Spain, where there was no one in Opus Dei. I needed to talk to my parents. I knew they wouldn’t be opposed, because my father had always said that we are children of God first and then children of our parents, and that no parent could oppose one of his children in a just decision, not only in a professional matter but in everything. So I told my mother first, and her reaction was to gaze at the image of the Sacred Heart that hung in her room, with tears streaming down her face. When my father saw that I was determined, he told me to go ahead. 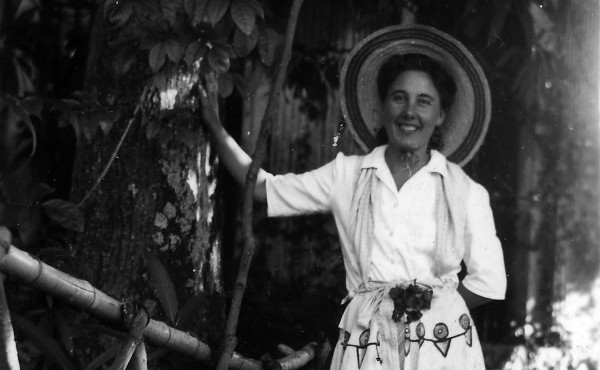 Did you keep in contact with Guadalupe after that?

I ran into her only a few more times in Spain. At that time, the Work was just beginning to expand to new countries: Mexico, the United States… and we soon found out that Guadalupe had gone to Mexico.

When did you see her again?

Two years later, in 1951, I moved to Rome. I saw her again in 1956 because she made a trip to Rome from Mexico. She was exactly the same: a very lively person, who had many things to talk about, including funny stories, and she sang songs… You would always see her smiling, happy, amiable and very pleasant to be around.

Saint Josemaria invited Guadalupe to live in Rome and work with him, and so during this time we saw each other occasionally. The last time I saw her she had been ill and had just received the last sacraments. She got better and continued to be serene and attentive to people. Eventually though, her fragile health – she suffered from a heart condition – would force her to move back to Spain for good.

Are there any qualities of Guadalupe that struck you?

The simplicity in her dealings with God. She was a very intelligent person, all of one piece, and she had a great desire to bring many people closer to God, which she did in a very natural way. It wasn’t forced… I still remember the day that she explained the Work to me, because she spoke without any imposition, opening a very attractive panorama before my eyes. I would also mention her effort to make life pleasant for others, her capacity to be attentive to everyone.

When her process of beatification opened, it seemed like the most normal thing to me. There was no doubt in my mind that this woman had gone straight to Heaven.

To tell you the truth, for a long time I prayed for her with a lot of gratitude, because she had been such a strong support for me. I prayed for Guadalupe up until her beatification cause was opened.

The way Guadalupe lived the spirit of Opus Dei – in a simple but specific way – deeply impressed me. Hers was a very normal holiness that sought to make life pleasant for those around her.

► Other memories of Guadalupe