Homily of Archbishop Arthur Roche, Secretary of the Congregation for Divine Worship, given in Westminster Cathedral for the feast of Blessed Alvaro del Portillo, 12 May 2015. 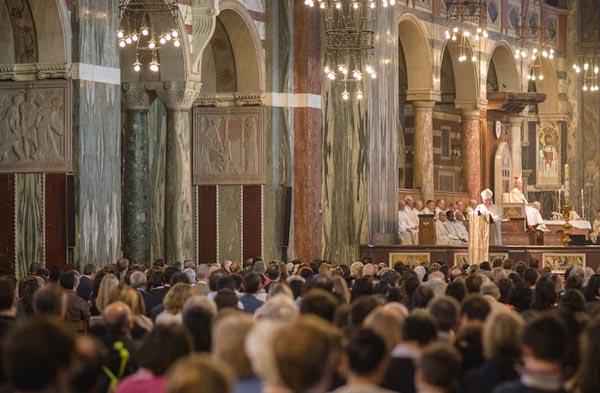 All of us in our different ways are witnesses to the most extraordinary mysteries of life. The world of nature that surrounds us is full of silent, invisible power. How wonderful, for example, that overnight, under the gaze of the moon but unnoticed to the eye, a seed sprouts from the earth and brings forth a blade of grass. Imperceptibly, over countess millennia, the power of gentle erosion carves scenes of breathtaking beauty on the surface of the earth. Amazingly, the delicate kernel of an acorn holds a hidden force to produce a giant oak whose wood is amongst the most enduring. The rays of the sun emanating from unseen explosions of nuclear energy, although millions and millions of miles away, encourages growth and the sustenance of life on earth. Hidden, silent, powerful realities accounting for the magnificent things we see about us, and take for granted, yet which we continue to discover each day. God's life-giving Holy Spirit constantly, actively, silently at work in our world.

Something of this profound reality must also have been in the mind of St Paul, a keen observer of nature as we know from his letters, not least today's reading from the Letter to the Church at Colossae, where he reflected upon the powerful mystery of Christ, being hidden for generations and centuries and yet which now is among you, and which is our hope of glory.

If the natural world around us holds such force for splendor and wonder, how much greater still is the beauty of God's pinnacle of creation: man and woman – each one unique, universes within themselves, made in the image and likeness of God himself – temples of His presence, greater than that built by King Solomon, because of the power of Christ at work within us through baptism.

What a gift of insight was given by God of this secret force that transforms the world when He led, through difficult circumstances, a young priest and an even younger student, among others, to devote their lives to this evident reality, seen in nature, but whose greater counterpart is to be found in Christ our hope of glory, hidden for generations, but now revealed to his saints. This is the wisdom as St Paul puts it, in which we thoroughly train everyone and instruct everyone, for in it is God's power to transform the world, the gentle driving force of grace within hearts and minds of men and women as they seek holiness. 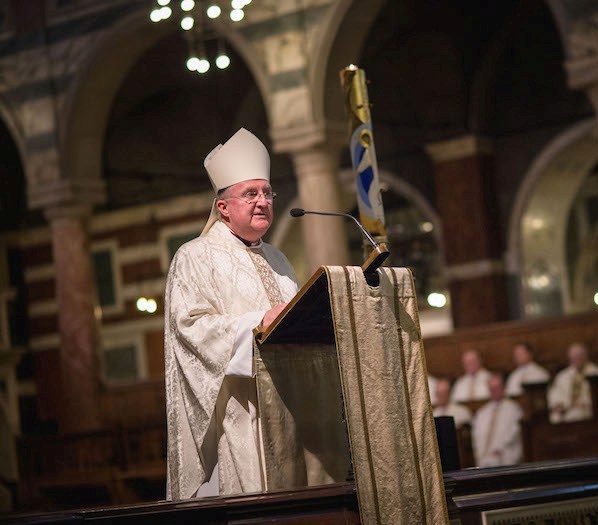 Saint Josemaría Escrivá de Balaguer and Blessed Alvaro del Portillo became inseparable in friendship along this path of holiness, rather like the great Saints Basil and Gregory. Grace, like a hidden seed of nature, given to them by God, flourished within their souls through desire and permeated their hearts and minds, transformed their ways, and became not only an inspiration but a force to bring about a deep love for Christ in everything and though every opportunity. What took root within their souls, not simply as a private gift of grace, became an irrepressible inspiration in the ministry of two devoted pastors who become a source of hidden hope for all who dedicated themselves to this simple way of sanctifying all things. What was born in an era of civil strife and upheaval, by Gods grace become a springboard giving practical coherence to Christian ideals lived in everyday circumstances. This inspirational key brings about sanctification and bears fruit both in holiness and mission, those inseparable elements of Christ's own teaching about living the Christian life.

Remember your leaders, says the itinerant preacher and author of the Letter to the Hebrews, those who spoke to you the word of God. Consider the outcome of their way of life, and imitate their faith (Hebrews 13:7). This imitation is a matter, as Pope Saint John XXIII said of tradition, of "protecting the fire, not preserving the ashes."

The most effective leadership in faith always begins by personal example. Above all in the simplicity of family life, in love and in friendship, and in the things we discover there and learn confidently to cherish together. It is the chosen place where people learn to fall in love with Christ day by day, and to take into their hearts those whom Christ loves before us. Here we learn to make our own willing choices. As Pope Francis said on the day of the beatification of Don Alvaro, “This is the path to holiness that every Christian has to follow: to let ourselves be loved by the Lord, to open up our hearts to his love, and to allow him to be the one who guides our lives ... He is also teaching us that in the simplicity of our daily lives we can find a sure path to holiness." From such a sturdy base the kingdom of Christ enters into the mainstream of life. It is a hidden path, but one whose strength is more enduring than the pragmatic expediency to which modern man often resorts. It is God who embellishes the face of the earth with the light of his children's' lives and who steadily, lovingly, carefully, yet without restraint, lavishly scatters the seeds of love upon the highways and the byways of the world.

At every moment in history God provides us with people whose very presence amongst us, gently yet persistently reminds us of the beauty of God at the heart of all things. These messengers, these teachers, stand like signposts along the way that point to important realities beyond our immediate view – to the simple yet profound fact that there is always something more, something greater, something far more sublime in life than a drudged existence. Whatever we do, whatever we say, however we act we do it conscious that the Lord is with us in all of this. Whatever you do, do it as if for the Lord (Colossians 3:22).

Among these messengers of our age is Blessed Alvaro who quietly and unassumingly, and yet because of his deep commitment to Christ and his love for the Church, effectively brought about a stream of God's grace not only to Opus Dei, but also to the whole Church. His home life, his friendships, the challenges to faith and life in the Spanish Civil War, his experiences, his practical application as an engineer and his scholarly ability as a theologian and lawyer was always put to good use. Indeed, his talents and experiences were able to assist the Fathers of the Second Vatican Council in their formulations about priesthood and the role of the laity in the modern world thus affording him a humble yet crucial and reforming part in the shape of today's Church. With Saint Paul he could say, I became the servant of the Church when God made me responsible for delivering God's message to you. Those who knew him at this time speak of him as someone who inconspicuously offered and humbly placed the gifts he had been given by nature and grace to assist those who were to define these moments. Something of this, that style of generous, sensitive and collaborative service, can be seen later on when as Prelate of Opus Dei he was often heard to say: “Thank you; forgive me; help me more!" These are not the words of a self-interested person or a self-sufficient priest or bishop but one, who because of the Lord, loved to give, was honoured to serve, who never wanted to work without others at his side, whose heart was bubbling with deep joy, and who was not afraid of asking for help, understanding and forgiveness. The late Cardinal Francis George of Chicago often said, “The only thing we take with us as we die is what we have given away." That was surely true of Don Alvaro

Like the hidden forces of nature, the Lord is always actively at work especially among those with hearts such as this. The challenge before us in many ways today, encouraged as we are by the example of this collaborative service, is not to tire of what is deeply good and needful for the health of the community as well as our own salvation, but with equal faith, with our eyes on God's world and not our own, to face these challenges as opportunities, so that those of us in the present may continue the witness to Christ and His Church so nobly carried out by Blessed Alvaro and, like him, hand on to others a message that clearly bears the hallmark of Christ.

The one thing I have readily noticed in the members of Opus Dei, and I say this, as an outsider, is the natural way in which you relate everything to God and his providence, not least in difficult and trying times. This alone speaks of a well applied spirituality accessible to everyone. I once asked one of your priests what was your special charism. He said, we don't just have one, we try to have them all; we simply want to be Church, to be faithful and fruitful, to make a difference, to establish the Kingdom!

“Thank you; forgive me; help me more!" As Pope Francis noted, "These words express the pressing concern of a life that is centered on God. It is the life of someone who has been touched by the greatest Love and who lives totally on that love; someone who, while experiencing their own human weakness and limitations, trusts in God's mercy and wants all mankind, their brothers and sisters, to experience it too." The sacred anointing given to Blessed Alvaro in Baptism, Confirmation and Sacred Priesthood was one that readily reached the peripheries and touched the daily lives of those whose faith is exposed to the onslaught of those who are indifferent to God who wish to establish a kingdom built on their own values, limited by the moment and by self-interest.

Blessed Alvaro has much to teach us all, not least by the warmth and encouragement of his endearing smile, which like the gentle forces of nature, and by God 's grace, spoke of the kingdom of Christ and the beauty of God at work in the greatness of the human soul.

Today, the first celebration of his feast, is also the anniversary of his First Holy Communion. We pray that in this Eucharist, as we, too, reverently receive the hidden presence of the Lord that we, also, may seek and allow his grace to seep into every aspect of our lives, responding to this gentle, loving force of Christ's love so as to be faithful in this service of holiness for the life of the world, turning all the circumstances and events of our daily lives into opportunities to love the Father and to serve the kingdom of his Son, Jesus Christ. Amen.