My son came back after 5 years in prison

With the first anniversary of the death of Bishop Javier on 12th December 2016, we publish an article about a favour someone received through the intercession of Don Alvaro around that date. 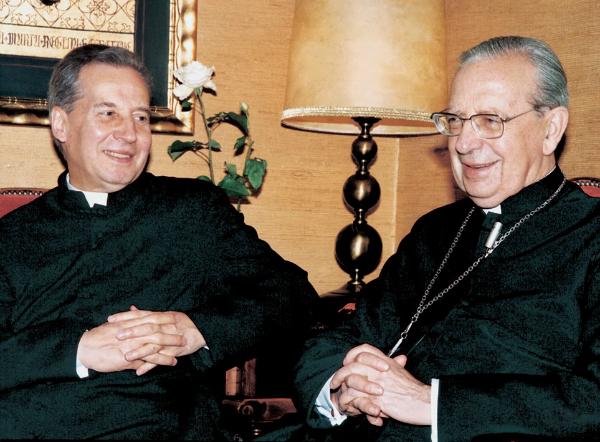 My son was imprisoned in America for over 5 years. I prayed to Don Alvaro, using the prayer card, all those years without missing a day. I also asked many other people to pray with me, offering Masses for my son.

On 12th December 2016, I wanted to pray for the Father (Don Javier), so I went to St. Peter’s Church in Nairobi to pray to our Lady of Guadalupe since that day was her feast day. I prayed for about one hour then I attended Mass at 8.00am. After Mass I went home.

The following day, as I was praying very intensely for the Father, my tears flowing, I was told that the Father had gone to heaven. I cried even more. That same day, my son came back home, at 3 pm. I was so moved; I thanked Don Alvaro very much and turned to him with more devotion, asking him for more things for all his children and for him to help the whole world.

Now we have our Founder (St. Josemaria), Blessed Alvaro and Don Javier in heaven. Many good things will happen, I sincerely believe.