Exposition about Guadalupe for Young People

Made up of twelve panels available in English with the main milestones in her life, it could be set up in schools or parishes. 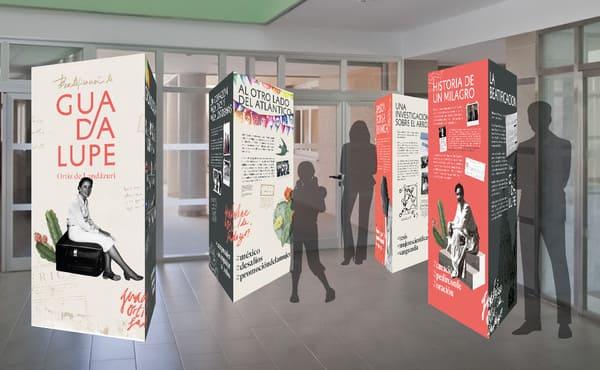 This exposition on the life of Guadalupe is available in English.


Guadalupe Ortiz de Landázuri, who will be beatified in Madrid on May 18, was passionate about many things, but especially education. Thanks to a new exhibition about her life, schools and other centers of formation can present the figure of the new blessed to their students in a dynamic and accessible way.

The personality of the future blessed, her determined and enterprising spirit, her passion for chemistry, her vocation to Opus Dei, her time in Mexico, her scientific research, as well as her generosity and initiative in addressing the social issues in her surroundings, are some of the aspects covered in this exhibition, which is aimed at a younger audience.


The exposition consists of twelve 1x2 meter panels located in four triangular displays, where the most important milestones of Guadalupe's life are covered through a selection of texts, images and illustrations.

A 20th-century saint and visual story-telling

The author of the exhibition, Ignacio Díez, has tried to capture the close and accessible personality of Guadalupe in graphic form. "It was about transmitting the whole person, not just fragments of her life. The goal was to offer a complete image, and to explain what a saint is, weaving images and texts together," he explained.

"Preparing this exposition has helped me better understand the figure of Guadalupe," Díez continued, "and to see her as a real person, someone who is accessible and close."