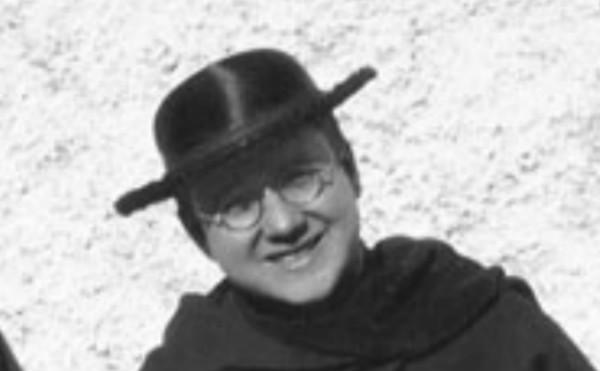 Another nine deacons were ordained to the priesthood at the same time as Josemaria. As well as the ten priests, fourteen sub-deacons and four deacons were ordained, and their families and the seminarians from Saragossa were all there. The ceremony, celebrated with the solemnity that is usual on such occasions, must have been a long one, and the church was crowded.

The ordinand put his whole heart into the liturgical ceremonies: the anointing of the hands, the traditio instrumentorum (giving the new priest a chalice and some of the other items he will use in his priestly ministry), the words of the Consecration...

Deeply moved and bewildered by God's goodness, he dismissed as nothing the many difficulties he had experienced since his calling, and offered thanks with the ardor of his youthful heart. Much later, someone asked him what he remembered from that day, and he replied, “Look, my son, I can’t remember anything that I could tell you about here and now. But it wouldn’t be true to say I don’t remember a lot about that day; I think I remember it all.”

Among the large congregation were Josemaria’s mother, Dolores Albas Escriva, and her other two children Carmen and Santiago. These were apparently the only close relatives of his who attended his ordination.

Father Josemaria celebrated his first Mass in the Chapel of Our Lady of Pilar in the Saragossa Cathedral on March 30. The next day the 23-year-old priest said farewell to the seminary where he had spent five years of intense activity and inner development, and embarked on his first parish assignment: temporary administrator of the parish of Perdiguera.

Becoming a priest was not what Josemaria had originally thought of doing: he had wanted to be an architect. Agustin Perez Tomas, a fellow-classmate from Logroño, recalls that one of their friends once told Josemaria that he could be a priest one day, and he had answered simply, “Don’t be silly.” He never thought that the priesthood was for him. But he generously changed his plans when he sensed that God was asking him for something. When he decided to study for the priesthood, he informed his parents, who gave him sound, deeply Christian advice. And in October 1918 he began his studies at the Logroño Seminary as an external student.

He often used to say afterwards, “I never thought of dedicating myself to God. The problem never came up, because I thought it was not for me. But our Lord was preparing things, giving me one grace after another, passing over my defects, my childhood errors and adolescent mistakes.”

One freezing day in mid-winter, Josemaria, still a teenager, saw the footprints of a discalced Carmelite friar in the snow. Those footprints moved his heart and fired him with desires for a great love. Seeing the sacrifice that friar had made for love of God, Josemaria asked himself what he himself was doing for God.

Why did I become a priest?

He realized that God wanted something from him but didn’t know what it was. That same winter, in the first months of 1918, he went several times to talk with Father Jose Miguel, one of the friars who lived next door to the convent of discalced Carmelites and looked after their church. “Why did I become a priest?” he asked, years later. “Because I thought that by doing so it would be easier to fulfil a desire of God that I didn’t know. I had inklings of it for about eight years before I was ordained, but I didn’t know what it was, and didn’t find out until 1928. That is why I became a priest.”

In September 1920 he moved to Saragossa. A few months before the day of his ordination his family was struck by a tragedy: his father died suddenly in Logroño on November 27, 1924. When Josemaria, summoned by a telegram, arrived back home, all he could do was pray for the repose of his father’s soul, and try to comfort his mother, sister and little brother.

He was only 23, ten months short of the age required by canon law, so he had to request a dispensation from the Pope. On February 20, 1925, a positive response arrived from Rome. On March 4, Josemaria sent the vicar general this formal request: “Desiring to receive the Holy Order of the Priesthood on the coming ember day of the fifth week of Lent, since I believe I am called by God to the priestly state, I entreat Your Excellency to deign to grant me the requisite dimissory letters, upon fulfillment of the requirements of canon law.” 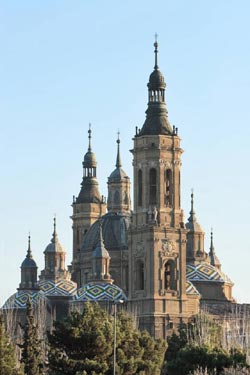 As for his first Mass, it would be not a solemn one, but a Low Mass, since it would be celebrated on the Monday of Passion Week, with purple vestments, for the repose of the soul of his father. The newly ordained priest sent notices to only a small number of people, since the family was still in mourning and the celebration was to be a private one. Some holy pictures of our Lady were sent out with the following announcement on the back: “The Priest Jose Maria Escriva y Albas will celebrate his first Mass in the Holy Chapel of Our Lady of the Pillar in Saragossa on March 30, 1925, at 10:30 in the morning, for the repose of the soul of his father, Don Jose Escriva Corzan, who went to his rest with the Lord on November 27, 1924. A.M.D.G. Invitation and memento.”

It had not been easy to get permission to use that chapel, but he very much wanted to celebrate his first Mass there, in the place where he had gone every day to cry out his petition "Domina, ut sit!" The Mass was more sorrowful than the celebrant could have foreseen, although he would hide the memory and circumstances of the ceremony in a very simple statement: “In the Holy Chapel, in the presence of a handful of people, I quietly celebrated my first Mass.”

Santiago, who was six at the time, remembers the simplicity of the ceremony and the small congregation: “It was a Low Mass, attended by my mother, my sister Carmen, myself, and a few others.” Their cousin Sixta Cermeno gives more details: “My husband and I were the only members of the Albas family who joined his mother in attending that first Mass. The people there were Josemaria’s mother (Aunt Lola), his sister, the little boy (who was then about six), ourselves (my husband and I), two neighbors from Barbastro whose last name was Cortes (they were close friends of his sister Carmen, and of about her age), and a few others that I didn’t know. I seem to recall two or three priests, and possibly there were some other friends from the university or the seminary. It’s hard to say, since, as you know, that chapel of Our Lady of the Pillar is always full of people.”

Doña Dolores, who had gotten up that morning feeling sick, became especially emotional at the thought of the many sacrifices she and her husband had made to see this ceremony. The same thought must also have crossed the mind of her niece Sixta Cermeno, since she recalls that “together with the feeling of intimacy there was a note of sadness,” and that the priest’s mother was crying, “perhaps thinking about the recent loss of her husband.”

After the Mass came the customary kissing of the new priest’s anointed hands, congratulations in the sacristy, and farewells to the small group of people attending it. For Josemaria, the memory of that first Mass would always have a taste of sacrifice. He would see it as “a picture of sorrow, with his mother dressed in mourning.”

At the altar, celebrating the Mass, the priest exercised his liturgical ministry in the most sublime way, in the offering of that same Victim who offered himself on the Cross to redeem humanity. Now personally and definitively identified with Christ in virtue of the sacrament of Holy Orders, Josemaria made the Eucharistic Sacrifice the center of his interior life. And just as on the evening before his First Communion he had received as a memento the painful caress of a burn caused by the carelessness of a barber, now he had the memory of being denied a pious wish – at his first Mass, to give Communion first to his mother. Our Lord was drawing him closer to the Cross with these little signs of predilection.

At the apartment on Rufas Street there was a small reception. Doña Dolores’ nephews and nieces, Carmen’s two friends from Barbastro, and some other close friends were invited. The modest dinner combined poverty with good taste, since the lady of the house had prepared an excellent rice dish.

When they had eaten, the priest retired to his room. He had just been notified of his first assignment in his priestly career. Reviewing the events of the past few months and the most recent blows those he loved dearly had received, he realized that there was good reason to think God was still hammering away in the same way as before: “one blow on the nail and a hundred on the horseshoe.” Dejected and sobbing, he filially protested to the Lord, “How you treat me! How you treat me!”