Commentary on the Gospel: "Woman, great is your faith!"

Gospel for the 20th Sunday in Ordinary Time (Cycle A), and commentary. 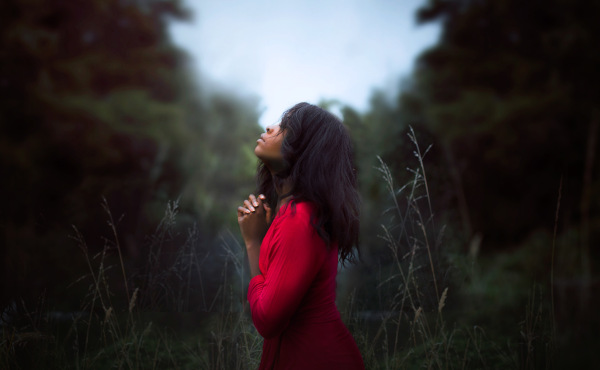 And Jesus went away from there and withdrew to the district of Tyre and Sidon. And behold, a Canaanite woman from that region came out and cried, “Have mercy on me, O Lord, Son of David; my daughter is severely possessed by a demon.” But he did not answer her a word.

And his disciples came and begged him, saying, “Send her away, for she is crying after us.” He answered, “I was sent only to the lost sheep of the house of Israel.”

But she came and knelt before him, saying, “Lord, help me.” And he answered, “It is not fair to take the children’s bread and throw it to the dogs.”

She said, “Yes, Lord, yet even the dogs eat the crumbs that fall from their master’s table.”

Then Jesus answered her, “O woman, great is your faith! Be it done for you as you desire.” And her daughter was healed instantly.

Jesus’ days were filled with intense activity, so sometimes he withdrew with his disciples to more tranquil places to rest and to teach them. On this occasion, he leaves Galilee for the region of Tyre and Sidon, a place where few Jews lived but mostly Canaanite people with a Hellenistic culture.

But Jesus’ reputation had reached even here, and a woman comes to him to request help for her daughter: “Have mercy on me, O Lord, Son of David; my daughter is severely possessed by a demon” (v. 22). Although not a member of the chosen people, she recognizes him as the Son of David, the long-awaited Messiah, and beseeches him with great trust to help her daughter.

Saint Augustine says that this Canaanite woman “offers us an example of humility and a path for our piety.”[1] Jesus at first seems to pay no attention to her. But she “cried out to the Lord, who didn’t seem to be listening, but who was planning in silence what he was about to carry out.”[2] When she insists, the Master tells her that he has come to seek the lost sheep of the house of Israel. Jesus came to save all men and women, as he clearly told his disciples on another occasion: “And I have other sheep, that are not of this fold; I must bring them also, and they will heed my voice. So there shall be one flock, one shepherd” (Jn 10:16). But his redemptive mission must begin with his own people, the Jews.

The Canaanite woman refuses to give up and continues to beseech him. At that time, Jews sometimes contemptuously called the pagans “dogs,” since a dog was an impure animal. Thus Jesus’ response seems quite harsh: “It is not fair to take the children’s bread and throw it to the dogs.” (v. 26). But the woman isn’t offended nor does she seem hurt by the tone of the reply. “She repeated her petition, and faced with what seemed an insult, she showed humility and obtained mercy.”[3]

Pope Francis remarked: “Jesus’ seeming indifference does not discourage this mother, who persists in her invocation. This woman’s inner strength, which enables her to overcome every obstacle, is to be found in her maternal love and in her faith that Jesus can grant her request. This makes me think of the strength of women. With their strength they are able to obtain great things. We have known many such women! We could say that it is love that stirs faith, and faith, for its part, becomes love’s reward. Heartrending love for her daughter causes the woman to cry out: ‘Have mercy on me, O Lord, Son of David’ (v. 22). And her untiring faith in Jesus allows her not to become discouraged even in the face of his initial rejection.”[4]

The perseverance of this woman who refuses to become discouraged is a lesson of a living faith shown in deeds. It teaches us not to get discouraged when difficulties arise in life and to persevere in prayer, even when it seems that God is not listening. “We may even imagine,” says Saint Josemaria, “that Our Lord does not hear us; that we are being deluded, that all we hear is the monologue of our own voice. We find ourselves, as it were, without support on earth and abandoned by heaven ... With the stubbornness of the Canaanite woman, we go down on our knees as she did, adoring him and imploring ‘Lord, help me.’ The darkness will vanish, vanquished by the light of Love … Our Lord wants us to rely on him for everything: it is now glaringly evident to us that without him we can do nothing, whereas with him we can do all things.”[5]