Commentary on the Gospel: The Sadducees and the Resurrection

Gospel for the 32nd Sunday in Ordinary Time (Cycle C), and commentary. 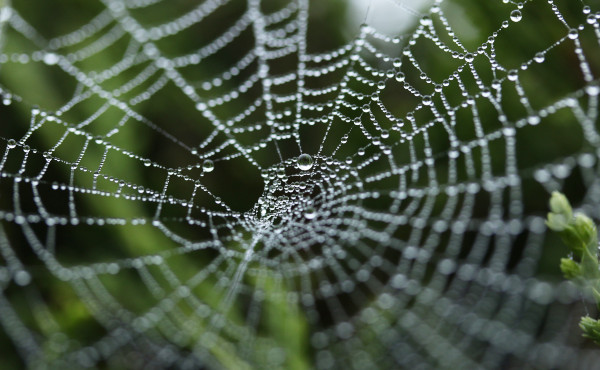 There came to Jesus some Sadducees, those who say that there is no resurrection, and they asked him a question, saying,

“Teacher, Moses wrote for us that if a man’s brother dies, having a wife but no children, the man must take the wife and raise up children for his brother. Now there were seven brothers; the first took a wife, and died without children; and the second and the third took her, and likewise all seven left no children and died. Afterward the woman also died. In the resurrection, therefore, whose wife will the woman be? For the seven had her as wife.”

And Jesus said to them,

“The sons of this age marry and are given in marriage; but those who are accounted worthy to attain to that age and to the resurrection from the dead neither marry nor are given in marriage, for they cannot die any more, because they are equal to angels and are sons of God, being sons of the resurrection. But that the dead are raised, even Moses showed, in the passage about the bush, where he calls the Lord the God of Abraham and the God of Isaac and the God of Jacob. Now he is not God of the dead, but of the living; for all live to him.”

Ever since Jesus began his public life, a growing opposition on the part of some religious authorities also began to take shape towards him and towards his message, until they finally bring about his death in Jerusalem. Luke recounts a scene in which Jesus confronts the malice of the Sadducees as the moment for giving up his life draws near. In Jesus’ day and age, this group was made up of influential priestly families who came from the Hasmonean dynasty. It was a deeply politicized sect, from whom most of the members of the Sanhedrin and the High Priest himself usually came. They accepted only the authority of the Pentateuch and denied the resurrection, as the Evangelist states.

In this scene, some Sadducees present Jesus with a difficult case to solve. The married woman with so many husbands who die successively, leaving no children, recalls Sarah, the protagonist in the book of Tobias (cf. 3:1ff.). To introduce the case, the Sadducees bring up the Mosaic Levirate law (Deut 26:5), which decreed that a man should marry the wife of his brother, if he died without children, in order to give descendants to his deceased brother. They present a convoluted case in order to make belief in the resurrection look absurd: whose wife would that woman be in the supposed future life, if all the brothers had been her husband in this life?

Jesus’ enemies are attempting to discredit him in public and stain his reputation. But the Master responds to their malice with serenity and meekness. First Jesus reveals an aspect of the future life and its relationship with marriage. As Pope Francis said: “With these words, Jesus means to explain that in this world we live a provisional reality that will end; in contrast, in the afterlife, after the resurrection we will no longer have death as the horizon and will experience all things, including human bonds, in the dimension of God, in a transfigured way. Also marriage, a sign and instrument of God’s love in this world, will shine brightly, transformed in the full light of the glorious communion of saints in Paradise … the life of the risen shall be equal to that of angels (cf. v. 36), meaning wholly immersed in the light of God, completely devoted to his praise, in an eternity filled with joy and peace.”[1]

Jesus makes use of this trick question to set forth the key truth of the resurrection. He could have used other passages from Scripture like the vision of the bones in Ezekiel 37, or the clear mention of a future life in the second book of Maccabees 7. But since the Sadducees only accepted the first five books of the Bible, Jesus with great charity accommodates himself to their way of thinking and quotes a passage from Exodus: that of the burning bush, when the Lord reveals to Moses that he is the God of his fathers: of Abraham, Isaac and Jacob (cf. Ex 3:6). Jesus stresses that he is the God of the living and not of the dead: “for all live to him” (v. 38).

In this scene Jesus corrects the Sadducees and instructs them in the truth. But he does so with charity, which is an indispensable condition for giving doctrine in an effective way. As St. Augustine said: “we should, then, correct out of love; not with the aim of doing harm, but with the loving intention of achieving the other person’s amendment. If we correct in this way, we will fulfill very well the precept of charity.”[2]