"Saint Josemaria blessed our marriage with both hands”

Natalia and Manuel, who live in Peru, recount how their marriage came about thanks to a book about Saint Josemaria's childhood in Barbastro. 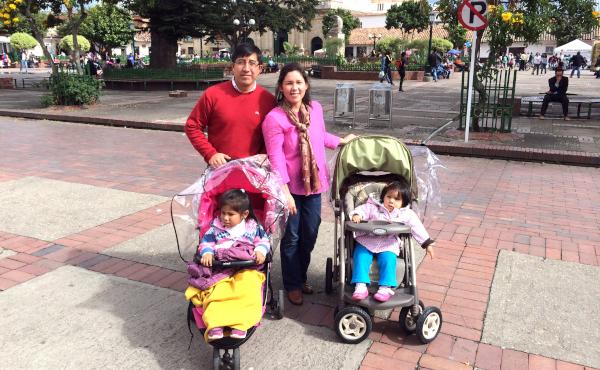 “Blanco and the Visits to Barbastro” is an illustrated book for children about Saint Josemaria’s childhood years in Barbastro, where he was born on 9 January 1902. The text was written by the Peruvian Carlos Zambrano, who is studying literature at the university, and the illustrations are by Luis Chumpitaz Gonzales, who studied at the Pontifical Catholic University of Peru and is now working for a media company in the United Arab Emirates. Zambrano recalls watching a film of Saint Josemaria in a religion class in high school: “His energy seemed unbelievable to me. I recall seeing a film of a get-together with him where people asked him questions and he answered them – always with a contagious smile. I’ve never forgotten his smiling face.”

When “Blanco and the Visits to Barbastro” was presented to the public in Peru, a number of media expressed an interest in interviewing members of Opus Dei or people who had devotion to the saint. Natalia and Manuel were two of those interviewed by the media. Thus began the path that led to their marriage 11 years ago. Below they tell in their own words the story of their family, which now includes 4 children:

While we were preparing for the media interview for the book about Saint Josemaria, we got to know one another and decided to go out together. So from the first day of our meeting one another, it was clear to us that Saint Josemaria was looking on us with special affection from heaven, accompanying us in every TV set or radio where our interviews aired, and afterwards in each of our days as two people deeply in love. 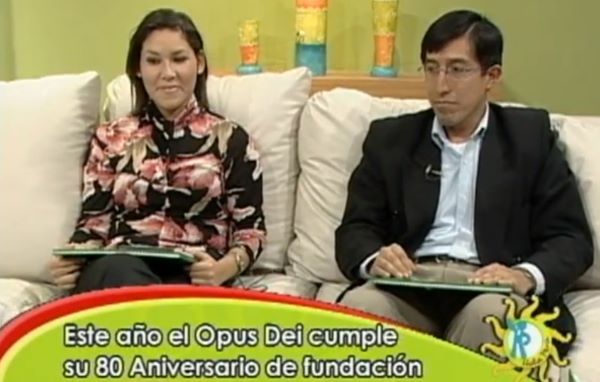 Saint Josemaría used to say that he blessed each marriage with both hands, and that he did so with two hands because he didn’t have four. Thus the day of our marriage arrived, almost two years after meeting one another.

In 2011 our first daughter, Loretta, was born. Our family began growing, with all the ups and downs and trials any family undergoes, but filled with the joy and excitement each child brings with it.

After Augustina and Mariano joined us, our fourth child was born on June 26th, the anniversary of the Founder of Opus Dei’s death. So naturally we named him Josemaria. This pregnancy was not without its difficulties. When we found out that Natalia was pregnant, two doctors told us that they gave her no more than a thirty percent chance of a good outcome. Nevertheless, in the 38th week of the pregnancy, Josemaría came into the world. It was Natalia’s seventh pregnancy, as we had lost three children previously. 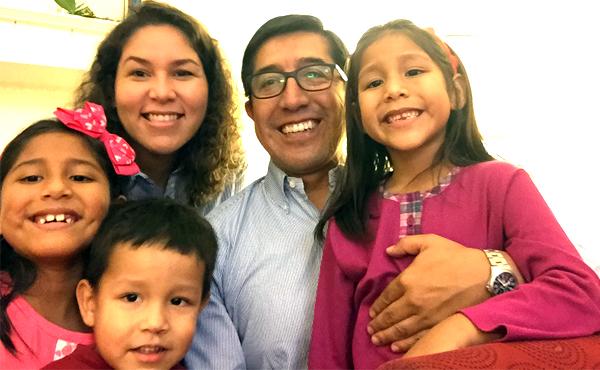 In 2014, when Loretta and Agustina had been born, we had the opportunity of moving to Colombia, where we lived for two year. Making such a decision wasn’t easy, but the professional opportunities made it worthwhile.

When we arrived in Bogota we didn’t know anyone. But we quickly realized how much Opus Dei is a family throughout the whole world, and we soon had many new friends who made us feel at home. We were struck by how those who shared our desire to strive for sanctity in ordinary life went out of their way to help us settle in. Something similar must have happened among the early Christians, back in the Church's first centuries. It was also in Colombia that we went through a difficult moment in our family’s history, since we were expecting our fourth child but God, who always knows best, called it to his side before it was born.

When it was time to return to Peru, Mariano had already joined us and we were now five in the family.

What we are most thankful for about our vocation to the Work are the simple but great teachings of Saint Josemaria about offering up the little things of each day with great love for God and others. Making time for prayer, living the Holy Mass with special recollection each day, accepting the small daily trials with love: these are all a great help for building a bright and cheerful family.