Happy Whenever God Calls Our Children

Professor Fabian Okafor shares his joy on the ordination of his son Pedro as a priest of Opus Dei.

One of the 31 lay faithful of Opus Dei that were ordained priests today is Pedro Emeka Okafor. A few days ago, Joshua Nwachukwu Esq, caught up with Professor Fabian Okafor, Pedro’s father as the family prepared to travel to Rome for the priestly ordination. We present excerpts from the interview. 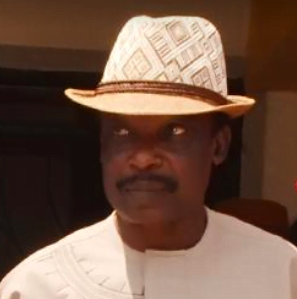 Joshua: Tell us about yourself and your family.

Fabian: I am Prof. Fabian Okafor, my wife is Dr. (Mrs) Victoria Okafor. We are both staff of the University of Nigeria, Nsukka. While I am of the Department of Statistics, my wife is the University’s principal librarian. We are proud parents of seven children, though one of them, the immediate younger sister of Emeka, while she was 20 years, left us for heaven in 2007.We are blessed with two beautiful grandchildren and expectant for more.

Joshua: I see you are preparing to travel to Rome for Pedro’s priestly ordination?

Fabian: Although Pedro is his name, at home, we prefer to call him Emeka.

Emeka is our second son and the third child in the family. Yes, we are preparing seriously to be in Rome to witness his priestly ordination. I can’t imagine any parent who wouldn’t want to be. Even if it involves selling property, we wouldn’t have minded, more so, since we missed the diaconate ordination, we wouldn’t forgive ourselves if we miss this ordination. It is a joyful ceremony, which happens just once; it is best witnessed than heard off. To celebrate with us, 7 of my friends had initially indicated interest to travel with us, but they had issues with the visa. So, only 2 of them and 5 members of my family would be attending the ceremony.

Joshua: How did your family react to the news of his coming ordination? 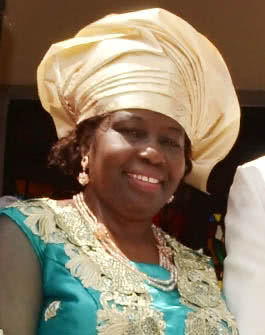 Fabian: The whole family, even those not attending, are happy. Emeka’s siblings are praying a lot for him. They are excited and eager to see him celebrate his first Mass. My wife isn’t left out, you know our Igbo women, they like to be called “Mama Lawyer”, “Mama Doctor” and “Mama Father”. I can rightly say that she was praying for his vocation to his Priesthood as soon as he went to Rome for his Ph.D. programme. I too was secretly praying that if he was called to the priestly vocation, he would say yes. I’m so happy he said "yes". And I am eager to witness the main "yes" on the 5th of May.

My extended family members are also very excited, although they are also surprised at the news. They never knew that Emeka was preparing for the priesthood. Like most young men, after his secondary school, he attended Enugu State University of Science and Technology, Enugu, where he studied Computer Engineering. While there, he came in contact with Opus Dei where he learnt to sanctify himself while carrying out his ordinary work as a computer engineer. He soon discovered his vocation to become a numerary member of Opus Dei, through which God was calling him to search for sanctity through his professional life and also helping others to do the same. Numerary members live apostolic celibacy. This he did for many years before this new direction in his life. 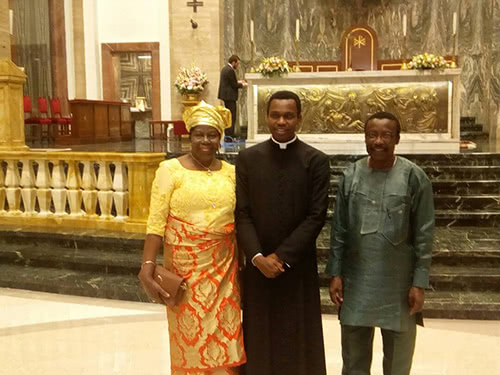 Joshua: Did it ever cross your mind that any of your sons would become a priest?

Fabian: I do not think any parent actually envisages that their son would be a priest, even when that child attended a seminary. As I said earlier, Emeka studied Computer Engineering for his first degree, afterwards he did his compulsory National Service. Thereafter he got a job at the then Pan African University (now Pan-Atlantic University). So, naturally, I imagined he would remain a lay Numerary member of Opus Dei.

However, things began to change, when he informed us, he was going for his Masters and PhD at the University of Navarra, Navarra, Spain, and the Pontifical University of the Holy Cross in Rome, respectively. I suspected some ‘smoke’ and I started to fan the embers (by praying more for him). At each turn, I tried never to be an obstacle. I encouraged him and gave him my blessing.

As a parent, I do not have specific plans for my children. I never envisaged that Emeka would become a priest. He himself did not have an idea that he will be called to be a priest (as his vocation was already complete as a lay Numerary member). He told me that when he was considering responding to the Prelate’s new invitation to become a priest, he was naturally nervous. I had to tell him to pray and encouraged him without forcing him. I also informed him that his siblings were excited and happy when they heard the news.

I respect the freedom of my children in the choices they make concerning their vocation in life. But this does not mean that parents do not in any way have influence on the moral choices the children make. However, when children notice that their parents love them and seek their welfare both materially and morally, they tend to admire and imitate such parents. They see those parents as idols and admire them.

Joshua: Considering your experience, what would you say to other parents about the vocation of their children?

Fabian: While respecting their freedom and decisions, I think that children are first and foremost God’s and not the property of parents to be used the way the parents wish. Children have their rights like any other human beings. They have likes and dislikes. Parents should therefore be happy whenever God calls their children to a vocation contrary to what they have planned for their children.

Being an obstacle would be tantamount to fighting God; a fight we will never win. We have to bear in mind that when a child is allowed to follow his or her vocation without hindrance, there will be joy in the family in the long run.

Joshua: Finally, what are your wishes for your son Emeka?

Fabian: I pray God grant Emeka sufficient graces to fulfil his priestly functions; and that he becomes a very holy priest. To others who are to be ordained with him, I do not wish less for being a father, they are equally my children no matter the colour of their skin. Finally, I ask God through the intercession of Our Lady our Mother and Mother of Christ the grace of perseverance in their vocation.